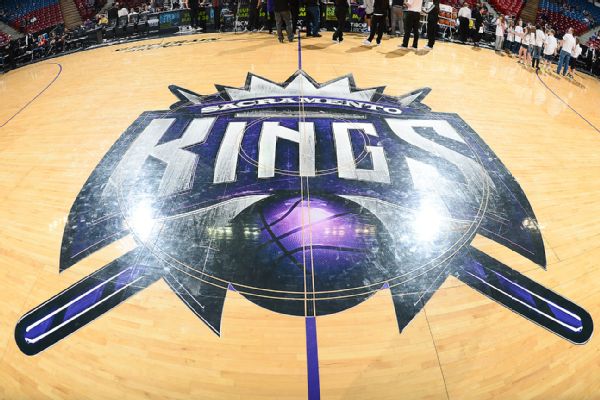 The Sacramento Kings' Matt Barnes and DeMarcus Cousins have been sued by two people over an alleged assault at a New York nightclub on Monday morning.

Plaintiffs Jasmine Besiso and Myrone Powell filed the suit in a New York District Court on Wednesday for a yet-to-be-determined amount in damages. They have requested a jury trial.

The lawsuit alleges that Barnes grabbed Besiso by her neck and began choking her at approximately 3 a.m. after a commotion at Avenue nightclub in Manhattan. Cousins is alleged to have punched Powell in the face after Powell had come to help Besiso, and Barnes is alleged to have elbowed Besiso in the face, knocking her unconscious. The suit also alleges that Barnes and Cousins took Powell to the ground and began punching him "in the head, torso and lower body."

The New York City Police Department was contacted shortly afterward. The NYPD said Monday that it was looking to speak with Barnes regarding the alleged assault. No criminal charges have been filed.

According to the lawsuit, Barnes and Cousins were caught on video footage "boasting about the alleged assault and battery."

Both Besiso and Powell suffered "severe personal injuries as a result of the intentional assaults ... and were treated for same at Lenox Hill Hospital," the suit states.

Barnes and Cousins had been at the nightclub following the Kings' 106-98 road loss to the New York Knicks on Sunday night.

A representative for Barnes told TMZ on Monday that Barnes was defending himself against a violent group.

Barnes also took to Instagram to say there are "two sides to every story."

"We do not believe a crime was committed and are hopeful no charges will be pressed," attorney Alex Spiro, who is representing both players, told ESPN on Monday.

Spiro said they are "cooperating fully with the authorities."

The Kings said in a statement Monday that they were "working with all parties involved to gather information in order to take any appropriate next steps."

Barnes, a 13-year veteran who has incurred multiple disciplinary fines in his career, is averaging 7.2 points and 4.9 rebounds per game for the Kings (8-13) this season.