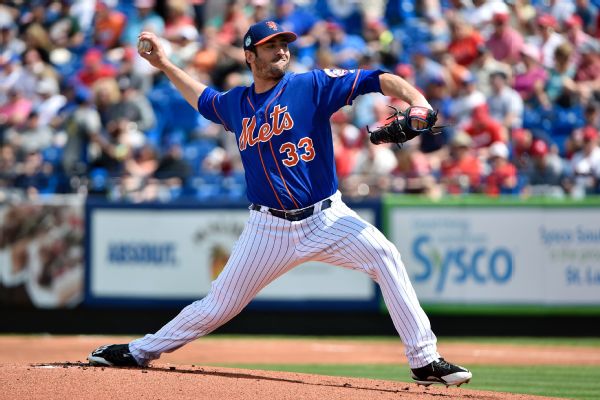 PHILADELPHIA --Metsstarter Matt Harvey left Tuesday's start in the sixth inning because of tightness in his left hamstring.

Harvey (2-0) tweaked his leg covering first base on a grounder. He allowed two runs and five hits in 5 innings, striking out six to earn the victory in a 14-4 Mets rompover the Phillies.

After the game, New York manager Terry Collins classified Harvey's injury as a cramp and said the right-hander is expected to make his next scheduled start.

"It's nothing serious,'' Harvey said.

Harvey missed the 2014 season after undergoing Tommy John surgery. He made only 17 starts last year before having surgery to relieve symptoms from thoracic outlet syndrome.