Arguably the NHL's best division last season, the Metropolitan featured the Stanley Cup-champion Pittsburgh Penguins, the Presidents' Trophy-winning Washington Capitals and the upstart Columbus Blue Jackets. Here's what those three teams -- and the rest of the division -- are up against heading into free agency. (Free agents are unrestricted, unless otherwise noted.)

Needs: Forwards, forwards, forwards. The Hurricanes would like to add quality and consistency to their young group up front. They will likely need to move a goalie, eitherCam Ward or Eddie Lack,ahead of next season. Six of their defensemen are headed for restricted free agency next summer.

Needs: Deals for Wennberg and Anderson might leave the well-rounded Jackets with limited cap space to fill out their group of forwards and perhaps add a depth defenseman.

Big moves so far: Columbus acquired the creative and prolific winger Artemi Panarin via trade from the Blackhawks.

Needs: The Devils were horrendous offensively last season and only slightly better on defense. They also ranked the bottom third of the league on both the power play and penalty kill. Yet, on paper, they are not terribly far from respectability and have the money to solidify their lineup. They need bodies at forward and skill on defense, so they will have to spend wisely.

Needs: The Islanders need to extend the contract of potential 2018 unrestricted free agentJohn Tavaresby any means necessary. The Isles might seek to add another forward but they also have to re-sign de Haan and likely add another defenseman. Their convoluted goaltending situation seems a bit clearer, but no more effective.

Needs: The Rangers lost two of their four centers from last season -- they traded top-line pivotDerek Stepan to the Arizona Coyotes,and the Vegas Golden Knights tookOscar Lindbergin the expansion draft -- although New York does have wingers with experience at center. The Rangers also might look for an experienced backup goalie to easeHenrik Lundqvist's load after dealingAntti Raanta. They also covet an impact defenseman, especially a right shot, and have been linked to free agent and New York native Kevin Shattenkirk.

Big moves so far: The Rangers jettisoned the contract of Stepan, a mainstay, and backup Raanta,who will be a free agent in 2018,in a deal with Arizona to gain assets and create cap space.

Needs: The Flyers likely do not intend to re-sign Mason, so they will look to improve their goaltending. They might also reconfigure their defense corps between acquisitions and call-ups such as prospectsSamuel Morinand Travis Sanheim.

Big moves so far: The Flyers drafted center NolanPatrick, perhaps the most NHL-ready prospect of the draft, at No. 2 overall. They also traded forward Brayden Schenn for forward Jori Lehtera and draft picks. And Philly re-signed defenseman Shayne Gostisbehere to a six-year contract.

Needs: Between retaining free agents and adding talent, defense has to be the Penguins' primary focus. A healthy Kris Letang would go a long way toward that goal. Bringing back Bonino will help maintain their excellent depth up front.

Big moves so far: They Penguins parted ways with goalie Marc-Andre Fleury, who was drafted by the Golden Knights, freeing up considerable cap space. They also made a draft-day deal with the St. Louis Blues to bring in a burly enforcer, right winger Ryan Reaves.

Needs: This offseason might be more about retaining players than adding them for the Caps. It appears likely they will lose Shattenkirk, Alzner and possibly Williams. Their notable restricted free agents will command sizable contracts, and what remains might go toward bolstering the Caps' blue line. 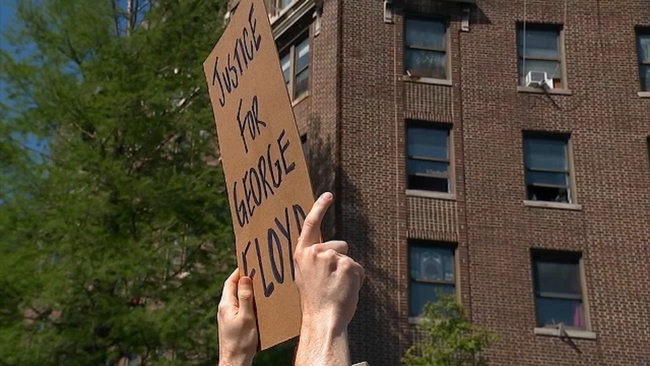 Protests spread across NYC Saturday after night of violence in Brooklyn