Mets' Dominic Smith to Phillies' Jose Alvarado after dustup: Meet me in tunnel if you have a problem 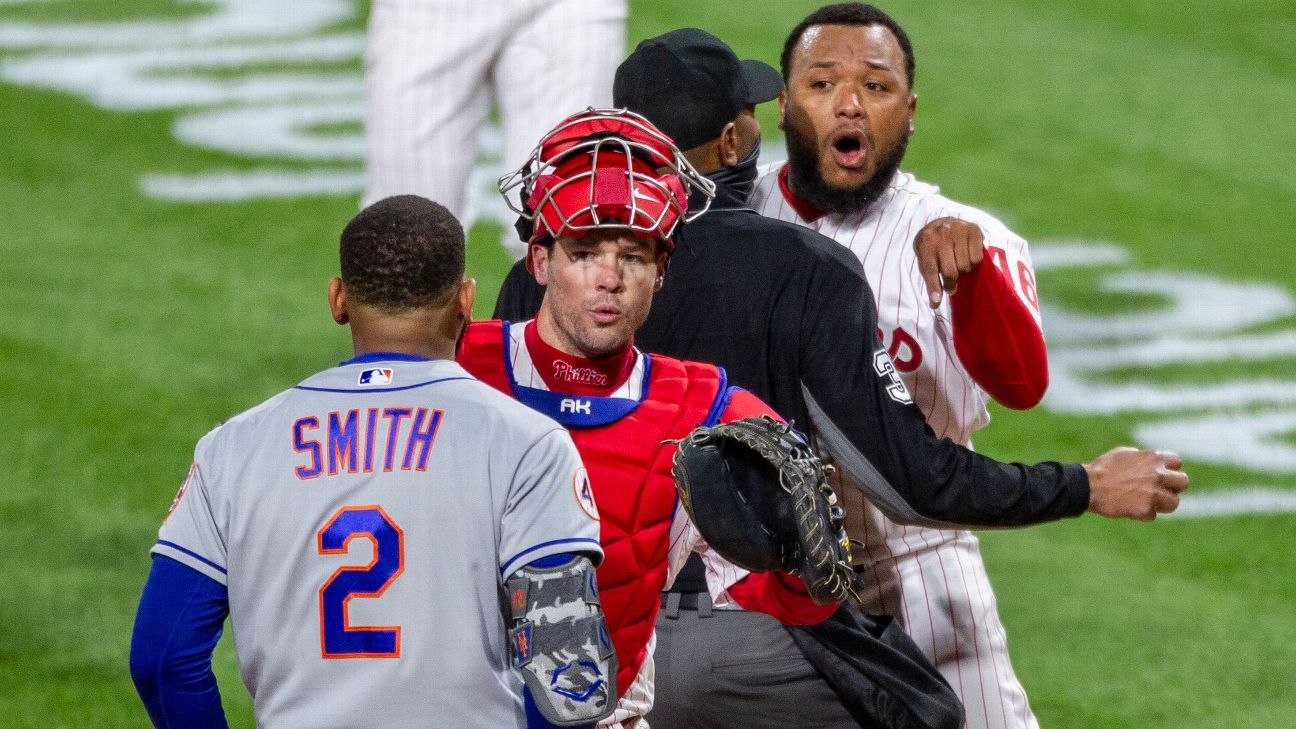 The New York Mets and Philadelphia Phillies turned the eighth inning of their game Friday night into a benches-emptying, trash-talking, finger-pointing commotion that spiced up a routine game -- and could ignite more sparks this weekend.

It started when Phillies reliever Jose Alvarado thumped his glove and gestured at Dominic Smith after he struck out the Mets outfielder with the tying run on third base in the eighth. Smith pulled off his helmet and seemed ready to fight back against the pitcher until both teams spilled out of the dugout and broke up the dustup before punches were thrown.


After the game -- a 2-1 Phillies win -- Smith didn't mince words when asked about Alvarado.

"I don't mind people pimping strikeouts and pimping stuff on the field. I've never been a player like that, but I don't mind it; I love it," Smith said. "But him pointing at me, coming after me, stuff like that -- I'm a grown-ass man. Come meet me then if you really got a problem, and we can really handle it.

"That's how I look at that issue. He waited for his team to grab him and stuff. But I'm right there. He can meet me in the tunnel tomorrow if he really wants to get after it."

Mets manager Luis Rojas said Alvarado -- who hit Michael Conforto and riled up Smith and the Mets with gestures earlier this month -- was to blame for the dustup.

"You could tell that it was instigating. He was trying to get his attention, trying to start things," Rojas said. "That's what got Dom turning back and walking toward him.''


The series between the NL East rivals resumes Saturday night in Philadelphia.

"I don't expect there to be any carryover into tomorrow other than the fact that it's the Phillies and the Mets, and that's what it is," he said. 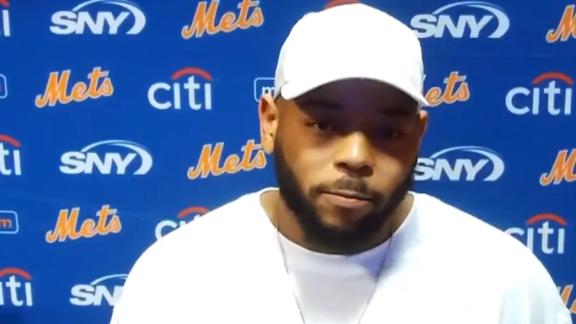