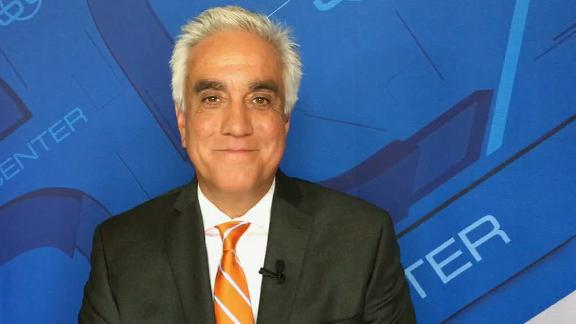 "Never crossed my mind until about 10 days ago when somebody said it was likely to happen," Alderson told reporters Friday.

"I don't foresee that kind of scenario."

Tebow, batting .321 since his promotion to advanced Class A on June 25, hit safely Friday night in his 12th straight game, going 1-for-4 with a triple, RBI and run scored in the St. Lucie Mets' 8-5 win over the Daytona Tortugas.

Tebow and the Mets were dressed in Buddy the Elf jerseys as St. Lucie celebrated Christmas in July.

Tebow, 29, hit the high-water mark of his baseball career Thursday night, when his one-out, solo homer in the bottom of the seventh inning sent St. Lucie to a dramatic 5-4 comeback win over Daytona in the second game of a doubleheader. Tebow was doused with Gatorade and mobbed by teammates when he reached home plate.

Alderson also addressed the team's plans ahead of the July 31 trade deadline, saying that unless the Mets play "exceedingly well," he plans to take a seller's approach.

Alderson emphasized, however, that he isn't looking to rebuild and that the Mets are unlikely to deal their young starting pitchers.

"This is not a tear-down situation," Alderson said. "This is what I believe is a sort of a pause button. We're going to have a lot of players that are free agents at the end of the year, a lot of payroll that will become available, and so we're not looking to rebuild."

Don't rule out Tebow in the majors
Pedro Gomez says the Mets haven't always made decisions based on baseball operations and GM Sandy Alderson's hands may be tied if the Wilpons want Tebow up in New York. 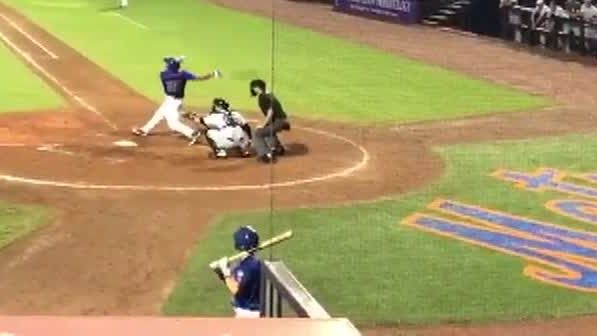