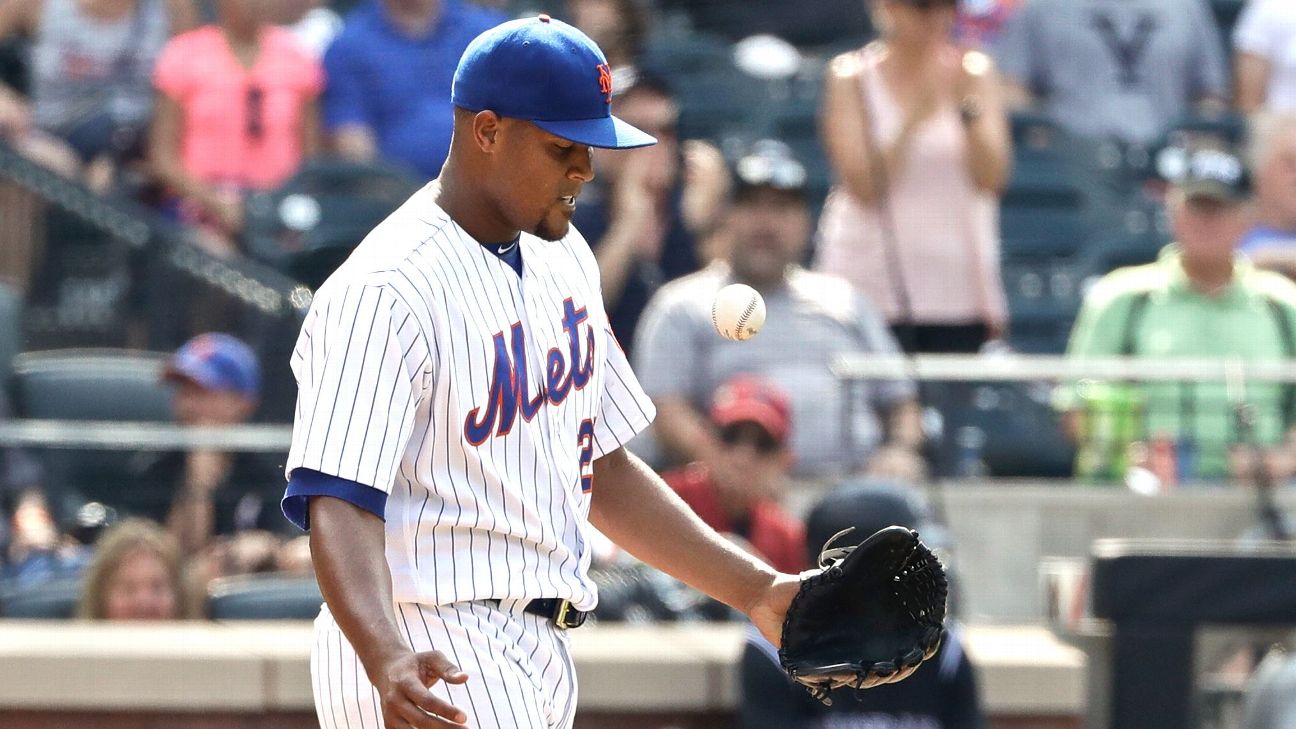 The New York Mets have placed reliever Jeurys Familia on the 10-day injured list with a shoulder injury, the team announced Tuesday.

Familia has struggled in 29 appearances this season. He allowed three runs in the seventh inning to the Atlanta Braves on Monday night, turning a 5-3 deficit into a blowout.

The Mets also announced that outfielder Brandon Nimmo, who has been on the injured list since May 21 with a bulging disk in his neck, has been shut down for at least a month, with no baseball activities.