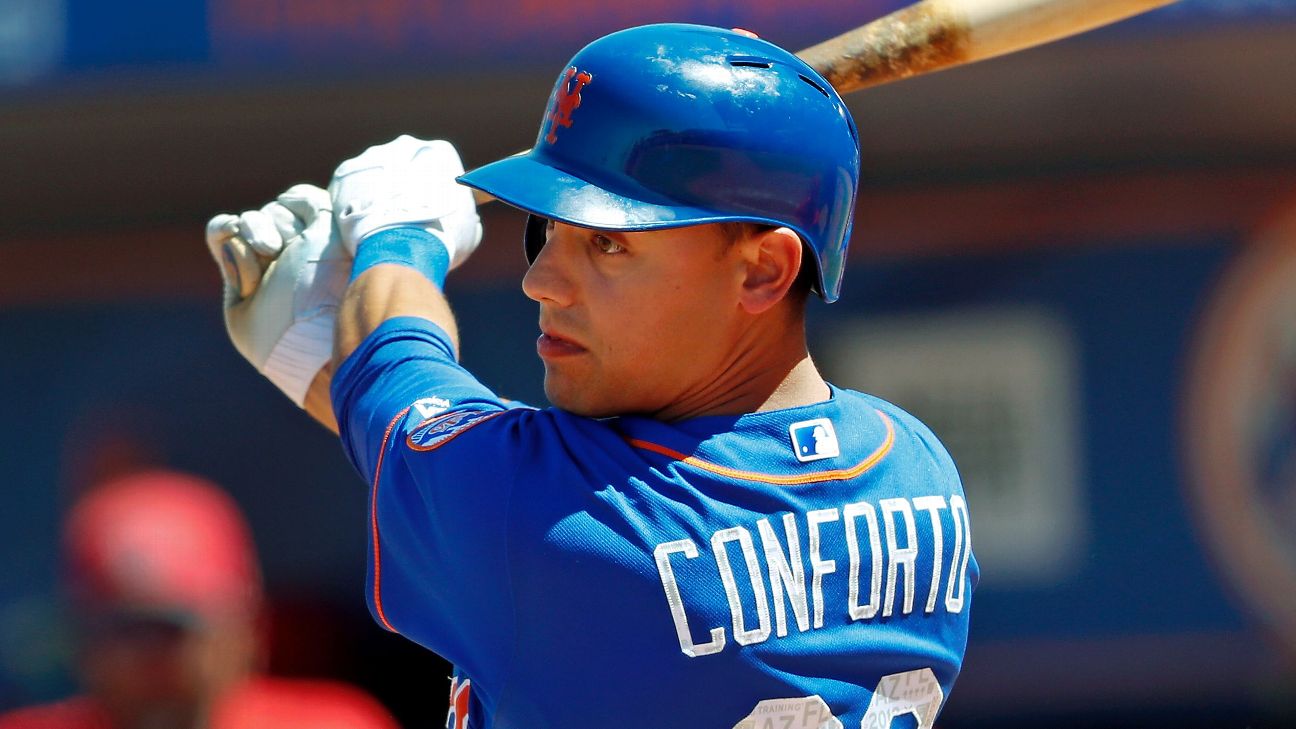 WEST PALM BEACH, Fla. -- New York Mets outfielder Michael Conforto strained an oblique muscle on his right side, and it's too early to determine whether he will be able to play in New York's opener against the World Series champion Washington Nationals on March 26.

Conforto was injured Saturday against the Nationals and returned to New York on Monday night to meet with Mets medical director Dr. David Altchek.

"We're going to back him off here from activities the next couple of days and then reassess him next week," Mets general manager Brodie Van Wagenen said Tuesday.

He was hurt while catching a fly ball.

"Awkwardly in the wind, in the sun, he sort of fell to the ground, and he was sore on his right side," Van Wagenen said. "He was feeling better day over day over the course of last couple of days, but we wanted to be smart about it, get an MRI done."

Conforto, who turned 27 on March 1, is slated to be New York's regular right fielder again this season and a middle-of-the-order bat. The Mets have outfield depth on the roster: Brandon Nimmo, Jake Marisnick and Jeff McNeil could all be options in right if Conforto misses time.