Mike Carey said no to Redskins 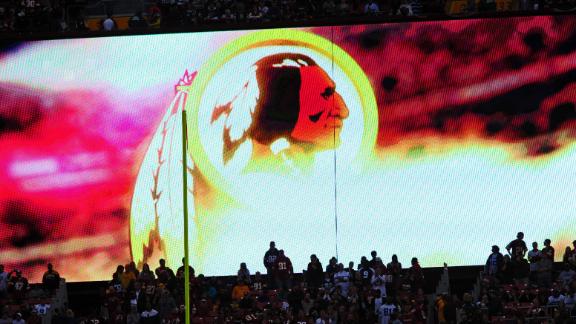 A former NFL referee told The Washington Post that he requested not to work home or away games for the Washington Redskins due to the team's controversial nickname.

Mike Carey, who retired after the 2013 season following 24 years in the league, says he requested off Washington's games beginning with the 2006 season because it became clear to him that "something disrespectful" was happening and being on the field "probably (was) not the best thing for me."

"In America we've learned that respect is the most important thing that you have. I learned it from my parents, my schools, from my faith. And when you learn there's something that might not be as respectful as you like, when you come to terms with it, you have to do something about it."

"I know that if a team had a derogatory name for African-Americans, I would help those who helped extinguish that name. I have quite a few friends who are Native Americans. And even if I didn't have Native American friends, the name of the team is disrespectful."

According to the Post's research, Carey didn't work any Redskins games -- preseason, regular season or playoffs -- after Week 1 of the 2006 season.

"The league respectfully honored my request not to officiate Washington," he said.

Carey said he made the request with the person in the league office who handles officiating assignments, never going through NFL commissioner Roger Goodell.

"When they were making assignments, I said I'd like to be excluded from those assignments," Carey told the Post.

At the time, Carey said that he asked that the matter be kept private. He added that he wasn't sure if Goodell, Redskins owner Daniel Snyder or any other members of Washington's team knew of his preference.

Contacted by the Post, neither an NFL official nor the team said they were informed of Carey's request. The official noted that scheduling for officiating crews works around "many factors."

The Post, citing research done on profootballreference.com, reported that Carey officiated a total of seven games involving the Redskins since 1999 -- when official logs were first kept. His last game involving the team was in the 2006 playoffs, when he ejected Sean Taylor for spitting in the face of a Tampa Bay Buccaneers player during a Washington victory.

Carey said no one knew about his desire not to work Redskins games after that aside from his family, his work crew and the person in the league office who did the scheduling.

"There was no reason to tell anyone," he told the Post. "I made sure I didn't have anybody else involved."

The Redskins nickname, seen by some as disparaging to Native Americans, has been a source of controversy for some time while escalating in recent months.

Snyder told ESPN's "Outside the Lines" earlier this month that he is adamant he doesn't have to bow to pressure to change the nickname, insisting it's a term of honor and respect.

Carey disagrees -- and is hopeful Snyder will see it his way one day, too.

"I think sometimes evolution is slow for some people," he said. "But where else in America do you see that, though, the refusal to change? From Stanford on down, most everybody has changed from a derogatory name to one that is acceptable."

Washington's Team Name Tipping Point
Phil Simms proclaims that he won't say the team name no one should be saying. And it is a big deal. Keith Olbermann explains.