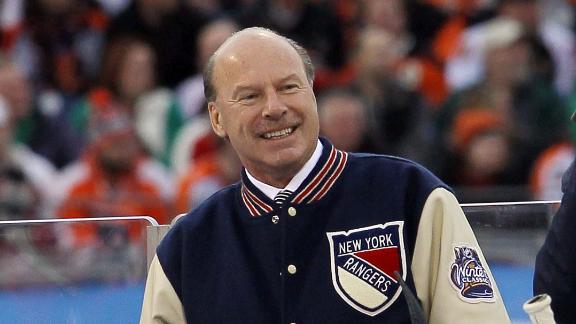 Mike Keenan has some more hardware to add to his collection.

In his first year with the team, the 63-year-old Keenan coached Metallurg Magnitogorsk to the Kontinental Hockey League championship Wednesday. Metallurg beat Lev Prague 7-4 in Game 7 of the Gagarin Cup.

Keenan became the first coach to win both the Stanley Cup and the KHL championship.

He led the New York Rangers to the 1993-94 Stanley Cup and has more than 600 wins during a 25-year career with eight teams. He last coached in the NHL with the Calgary Flames from 2007 to 2009. Keenan signed a two-year contract with Metallurg in May 2013.

One of his former players on the Rangers' Stanley Cup team, Esa Tikkanen, took to Twitter to congratulate his former coach. Tikkanen had 22 goals and 32 assists that season.

Metallurg was a three-time champion of the old Russian Super League before the KHL started play in 2008, but it was playing in the Gagarin Cup for the first time.

With the win, Keenan also became the first non-Russian coach to win the KHL title. In the raucous celebration, Keenan's players tossed him in the air, and he attempted to sing karaoke in Russian.