MLB Roundtable: Looking ahead to the Hall of Fame Class of 2019 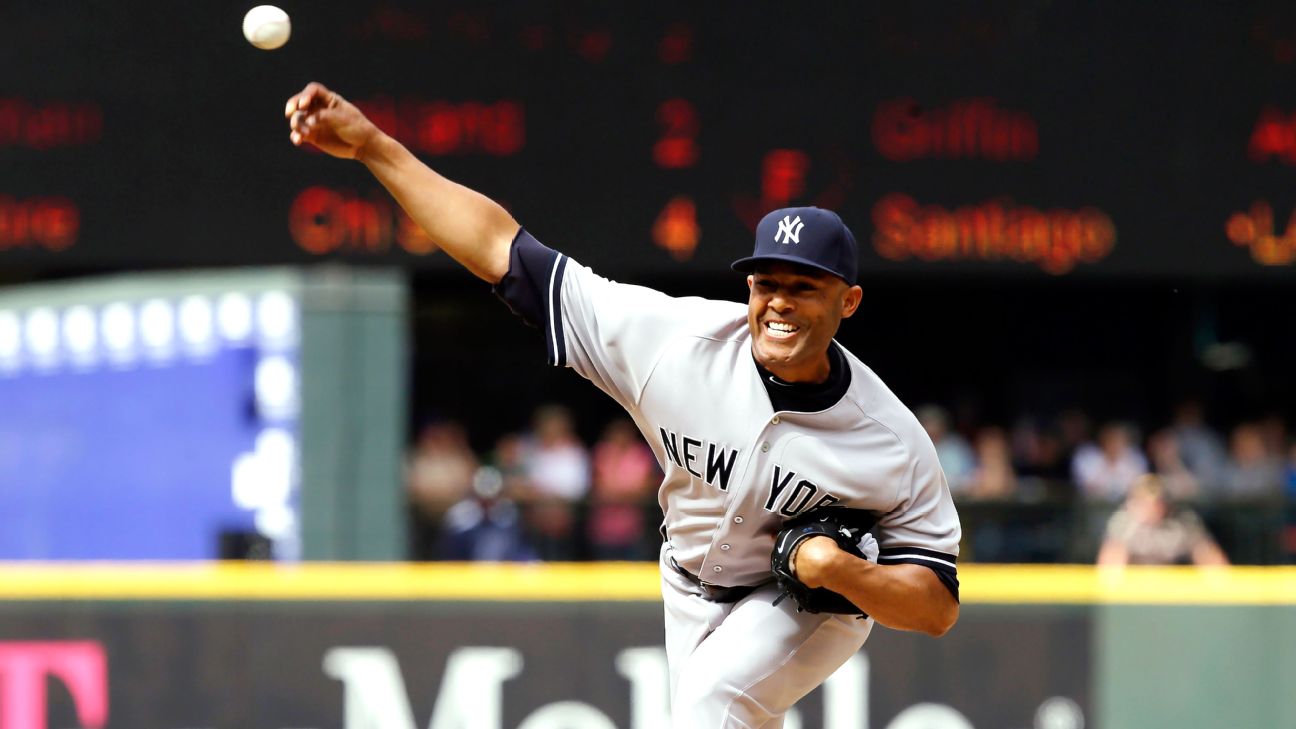 With this year's festivities behind us, we asked David Schoenfield, Sam Miller and Bradford Doolittle about who will be stepping to the podium to be enshrined at next year's Hall of Fame induction ceremony. We also sought their analysis for how well some of the controversial candidates still eligible for election will do, and how slam-dunk a candidate the greatest reliever of all time might be on the ballot for the Class of 2019.

Predict the 2019 Hall of Fame class (just players who will get in on the traditional vote).

David Schoenfield:Edgar Martinez enters his final year on the BBWAA ballot, and after receiving 70.4 percent this year, he should get the final push to get over 75 percent. That's not a guarantee -- Jack Morris was close at 67.7 percent in his next-to-last year and then fell back to 61.5 percent. Morris, however, was hurt by the entry of Greg Maddux and Tom Glavine to the ballot, obviously superior pitchers. The only lock newcomer is Mariano Rivera, and that's my prediction: Martinez and Rivera. (Martinez, by the way, was 11-for-19 off Rivera with two home runs.)

Chipper Jones was named on 97.2 percent of ballots. Will Mariano Rivera beat that on the upcoming ballot?

Miller:I don't think he will, just on account of being a relief pitcher. He's obviously the best relief pitcher ever, he arguably had more impact on championships than any player in history, and I suspect that future generations will remember him a lot more clearly than they will Chipper Jones, maybe even Derek Jeter. But his being a reliever -- being perceived as "not good enough to start" -- will give a few voters a reason to say no on the first ballot.

Schoenfield:Twelve people didn't vote for Jones. I'll say Rivera does get a higher percentage, although it wouldn't surprise me if Rivera finishes just below that, as some voters may hold his reliever status against him (especially given that Mike Mussina and Curt Schilling still haven't been elected).

Doolittle:I suspect that he will. While there is some analytical debate on just how valuable closers really are in a historical context, it's not like there haven't been closers already voted in. And there is no debate of Rivera being the best ever at his job.

In addition to Mariano Rivera -- Roy Halladay, Andy Pettitte, Roy Oswalt, Todd Helton and Lance Berkman join the ballot next year. How many of them will eventually get in?

Miller:Halladay will. Pettitte is a long shot, especially because of how severe voters have been to starters (Mike Mussina, Curt Schilling, Kevin Brown) lately, but with his postseason success and the dearth of great starting pitchers from his generation I could envision him staying on the ballot for a long time. I don't see Helton getting in, Oswalt surviving more than a handful of ballots, or Berkman getting really any support at all.

Schoenfield:Halladay and Pettitte have a shot. Personally, I think Halladay should be a slam dunk thanks to his amazing peak (he averaged 6.3 WAR per season from 2002 to 2011), but with only 203 wins, it may take him a few years. Pettitte is kind of like Jack Morris with the high career ERA (3.87, just below Morris' 3.90), but once you adjust for the era, Pettitte was much better. He was very good more than great in the postseason (19-11, 3.81, but 44 starts, the most ever) and I think that eventually get him in.

Doolittle:It's unlikely, given how clogged the ballot is, that more than a couple of these guys get in on the first ballot. I've picked Halladay, though I don't have a high degree of certainty about that and may be overestimating an anticipated sentimental push. I could see Helton and Berkman attract rising support over the years as their cases are made and end up in Cooperstown. As for Pettitte, it will be an interesting litmus test. Without the PED transgression, he'd have to get in on career value and his postseason record, since he was generally more consistent than spectacular. But he's not close to the best PED-linked candidate on the ballot. We're still waiting to see when that dam is going to break.

Who is one player on the current ballot you wish got more love from voters?

Miller:Mussina, Schilling and Larry Walker should all be in, and none should even be that controversial. But Scott Rolen is the perfect example of a guy whose legacy entirely depends on Hall voters getting it right: He was an absolute star, incredibly valuable, huge peak, good longevity -- but his value came in ways that don't pop off a Baseball-Reference page or put him at the top of career leaderboards. He was an amazing defender at an important position, he drew walks and got hit by pitches, racked up doubles, was an above-average baserunner. He never led the league in any offensive category or won an MVP award but contributed in every part of the game. Put him in the Hall, where he belongs, and he's as famous as Brooks Robinson. Keep him out, as voters are doing, and he'll be as unfairly forgotten as Graig Nettles.

Schoenfield:Mussina was up to 63.5 percent last year, so he's finally on track; it's just odd that it has taken him this long to get momentum. I get that he never won a Cy Young Award, but this guy won 270 games, retired after a 20-win seasons, and was one of the best starters for a long time.

Doolittle:Barry Bonds. In the Hall's museum, there is a big display for Ruth's 714 homers next to one for Aaron's 755. Then there is a little one with Bonds' 762. Point made. Now put his plaque on the wall.

Who is the most overrated player currently on the ballot based on voting?

Miller:I don't believe there is such a thing. If a lot of voters think a player is worth remembering, then he probably is.

Doolittle:These are the players on last year's ballot who will be back this year, but drew a lower level of support than Omar Vizquel: Larry Walker, Fred McGriff, Manny Ramirez, Jeff Kent, Gary Sheffield, Billy Wagner, Scott Rolen, Sammy Sosa and Andruw Jones. I mean, come on. I liked watching Vizquel play defense as much as anyone, but his best 10-year stretch of fWAR (27.9) ranks 801st all-time. The numbers just aren't there.

Bonds and Clemens appeared on 57 and 56 percent of ballots during the most recent vote. How much will that go up, and will either/both eventually get in?

Miller: Up to 59 or 60 percent, and I have no idea. I'd probably bet on them finally making it their final year of eligibility.

Schoenfield:They only went up a couple percentage points from the previous vote, so they'll be lucky to crack 60 percent. They have only four more ballots, so it looks like they'll fall short.

Doolittle:I think they'll both end up with around 60 percent, though I still can't buy any argument in which you vote for one but not the other. They only picked up about 3 percent last year and if there has since been a torrent of thumbs-downers changing their minds, I haven't seen it. I think they'll get in someday and it still could happen by the writers' vote. The debate is going to get really hot when they hit their last couple of years of eligibility. Even if enough writers don't come around, though, I think they'll get in someday via some future version of the Veterans Committee. But they may be very old when it happens.
Report a correction or typo
Related topics:
sportsespnmomlbinductionelectionbbwaanew york yankeesbaseball writers association of americacooperstownhall of fame
Copyright © 2021 ESPN Internet Ventures. All rights reserved.
More Videos
From CNN Newsource affiliates
TOP STORIES