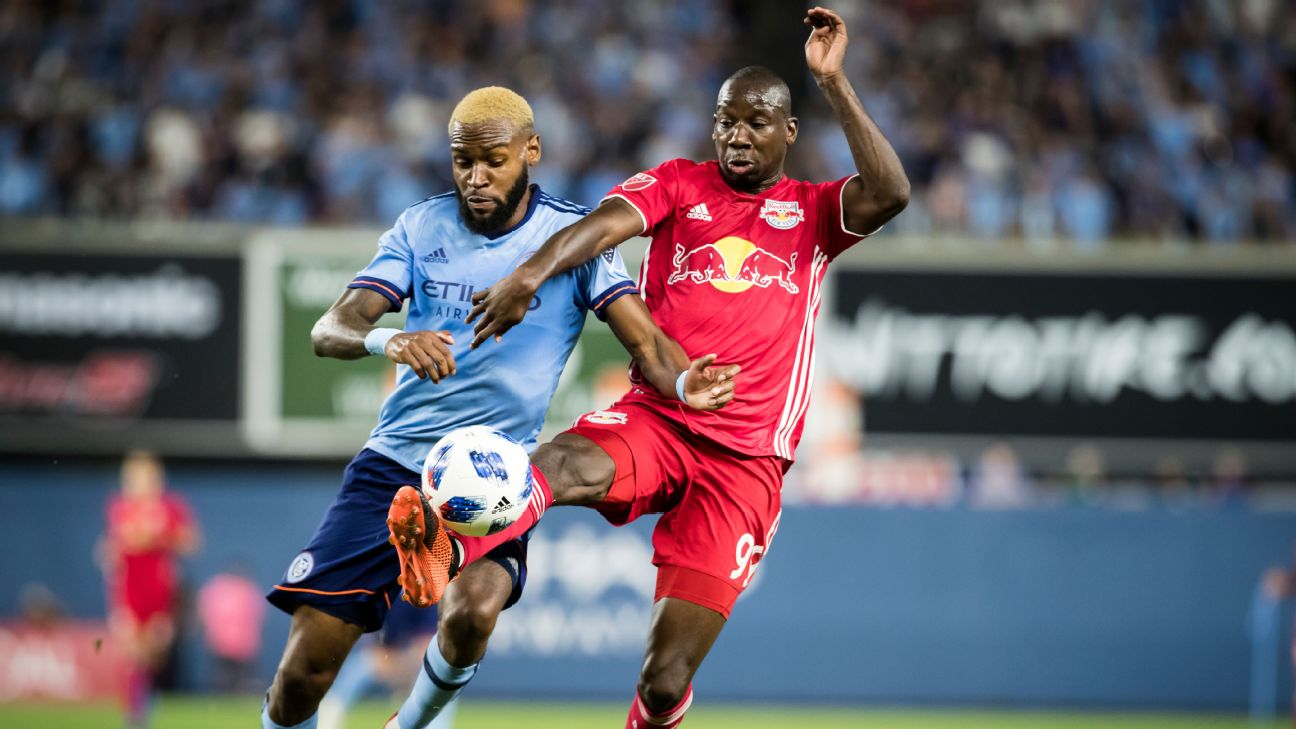 -- MLS fan experience:See and hear MLS like never before

While big names like David Villa and Andrea Pirlo are no longer around, the New York City FC-New York Red Bulls rivalry still has plenty of bite and things were extra contentious in last month's controversial 2-1 Red Bulls win.

NYCFC had reason to feel aggrieved, but it also spoiled a number of chances in the first half to extend its 1-0 lead. This seems to be a developing theme for NYCFC, which was excellent in the first half of Wednesday's 1-0 win over Columbus, but then suffered when pressed in the second half.

Speaking of pressing, that is a Red Bulls specialty and NYCFC will see that firsthand when the two get reacquainted in the latest edition of the Hudson River Derby on Saturday (7:00 p.m., ESPN 2). In NYCFC's favor, it has one of the hottest players in the league right now in Valentin "Taty" Castellanos, with the slippery Argentine forming part of an unsung attacking trio alongside Brazilian striker Heber and fellow Argentine Maxi Moralez.

The Red Bulls won in midweek as well, 2-1 versus D.C. United, but it was far from pretty, and they'll need to be much better against an NYCFC side looking for some payback.

If you have ever been to the Georgia-Florida college football game in Jacksonville, Florida, known as the "World's Largest Outdoor Cocktail Party," you get a good sense of the acrimony felt between the two states. In just a few short years that same enmity has wonderfully manifested itself in MLS between Atlanta United and Orlando City.

For all the talk about how Orlando City has yet to beat Atlanta in eight tries, a new chance to channel its inner Steve Spurrier comes on Friday night in Orlando (8:00 p.m., ESPN). Three points would be absolutely huge for the hosts, with Orlando currently just below the playoff line.

You could forgive Orlando fans for thinking that a win over Atlanta might never come. Even when Atlanta was struggling in the first half of the season, the Lions still couldn't get the job done, falling 1-0 at Mercedes-Benz Stadium. Perhaps even more crushing was the 2-0 home loss in the U.S. Open Cup semifinal, drawing this troll job from Josef Martinez.

Making matters worse for the boys from Florida is the fact that Atlanta United has finally kicked its season into gear. After taking down Club America in the Campeones Cup, Frank de Boer's team avoided a letdown and left Portland with a 2-0 win, with Martinez scoring for the 11th straight game running to bring his season total to 21.>

There is nothing that Martinez likes more than bringing misery to Orlando, so its defense will need to clamp down on the Venezuelan. If not, it'll be left in Martinez's wake like the Florida secondary chasing after Lindsay Scott in 1980.

Cascadia with a hint of desperation

Since 2014 one of either the Portland Timbers or the Seattle Sounders has been the Western Conference representative in MLS Cup, but the way things are trending, either side would be lucky to reach the conference final.

Both Portland and Seattle are in a playoff position at present, but it's not like they are blowing the doors off of anyone. Seattle's form, in particular, is concerning. Winless in their past four, the Sounders have been coughing up a lot of goals of late: 11 in the past four. The defensive-minded players of seasons past like Chad Marshall and Osvaldo Alonso are no longer around and it has become noticeable.

The Timbers are in better position to shore things up before the postseason, as Friday's clash with their longtime rivals (10:00 p.m. ET, ESPN) is the fourth in a 10-game homestand. Portland's attacking crew of Brian Fernandez and Diego Valeri should get ample opportunity against Seattle's vulnerable defense.

On top of everything else, this match determines who takes home the 2019 Cascadia Cup, and winning that would be especially sweet for Portland a year after Seattle's Cascadia conquest in 2018. 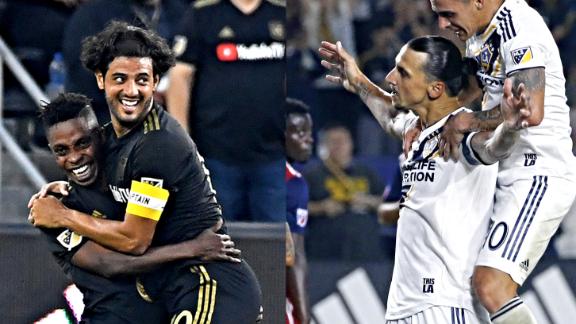 2 dead in crash between tractor trailer and SUV