Scott Burnside: It's been hard to watch Henrik Lundqvist at times over the past eight or nine months. After the New York Rangers' first-round ouster at the hands of the Pittsburgh Penguins, during which Lundqvist was yanked twice, you wanted to give the classy veteran the benefit of the doubt. Now, halfway through this season and coming off a miserable 7-6 loss to the Dallas Stars, Lundqvist has a save percentage of .902, far off his career average of .920. Still, the Rangers are a well-designed, well-coached team and no one will remember this 7-6 loss or his uneven play this season if the Rangers go on a lengthy playoff run. If. I'm no psychologist, but having spoken to Lundqvist in recent years, I can feel his intense hunger to win a Stanley Cup, and you know he understands that the window for both him and this team won't stay open forever. Is he wanting it too much? Is he letting one bad performance seep into the next, thinking about the future? It's still too early to be counting out The King or the Rangers, regardless of Lundqvist's mindset and his wobbly play.

Craig Custance: We saw signs of a potential Lundqvist decline when he struggled during the playoffs last season with an .867 save percentage in five games against the Penguins. Now that some of those struggles have seeped into the regular season, it's fair to wonder whether we're witnessing the decline of a great goalie. To answer the question, it could just be the fact that Lundqvist is 34 years old and entering the period of his career in which he just isn't going to be one of the two or three best goalies in the game. That said, we're still only talking about a relatively small sample size. He's had a rough January, for sure, but he was 7-3-1 with a .925 save percentage in November, and nobody was worried about his age then.

Joe McDonald: Lundqvist is fighting himself. He's pressing and trying just about everything to find consistency and success in his game once again. The soon-to-be-35-year-old netminder even tweaked his normal routine -- staying on the ice longer during the morning skate -- in order to find answers. It's all mental for Lundqvist right now. He called his continued struggles "embarrassing, frustrating and disappointing." His confidence has taken a beating, but it's not all on him. The team defense hasn't been consistent, either. But Lundqvist is the last line of defense, and teams that win a Stanley Cup rely on their goalie. He still has the potential to be a world-class goalie.

Pierre LeBrun: What's even more interesting is that the NHL sent out a memo this week telling all teams that goalies have until Feb. 4 to switch to the new streamlined pants that the league and NHLPA came up with during the tortuous process of making goalie equipment smaller. Almost half the goalies have already switched to the new pants, but others have held out, but they don't have a choice after Feb. 4. A source with knowledge of the subject told me Lundqvist hasn't switched over to the new pants yet. Given how his season is going, it's certainly not an ideal time to be switching a key part of equipment, although I can't imagine it really makes that much of a difference. What I will say is that doubting Lundqvist given his track record seems like a foolhardy exercise. Bet on him to figure things out.

Corey Pronman: While Henrik has been remarkably consistent over most of his NHL career, I'm not ready to say this recent decline in performance indicates that he's done. He is 34 years old and approaching that period of time when he could be falling off the cliff. Goaltending performance is generally very erratic season to season, never mind in half a season. To get a read on a goalie's true talent, to cancel out the noise in the data, you generally need about four seasons of performance. The Vezina candidate Lundqvist is probably gone, and that's just because of the passage of time and the wear on a goalie's athleticism. But over the past three seasons at even strength, he's been an above-average starter, and that's what I'd bet he still is. 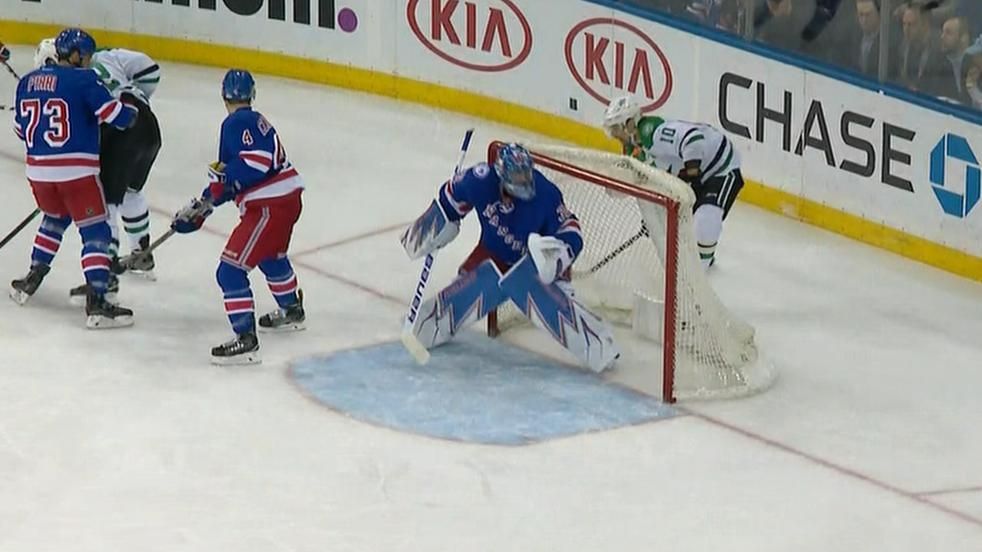