Nancy Darsch, who coached all levels of women's basketball, dies at 68 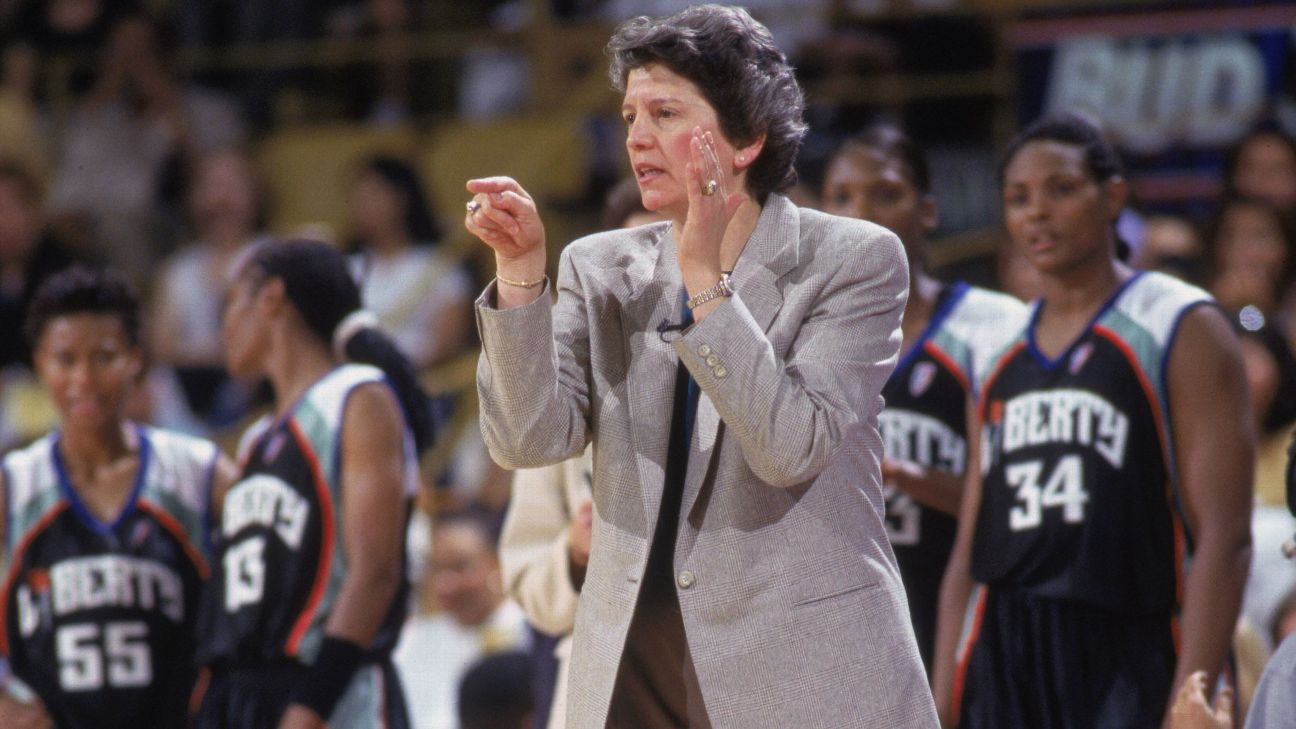 Nancy Darsch, the winning coach for the New York Liberty in the WNBA's inaugural game in 1997, died Monday after battling Parkinson's disease. She was 68.


Darsch had a successful career at the college, WNBA and USA Basketball levels as a head coach and an assistant. That included serving as an assistant for two U.S. women's teams that won Olympic gold, in 1984 and 1996, under head coaches Pat Summitt and Tara VanDerveer.

"Nancy was a tremendous person and coach; I really enjoyed working with her," said Agler, who was head coach of the Seattle Storm with Darsch as an assistant when they won the 2010 WNBA title. "The players really enjoyed her, especially the veteran players. Great basketball mind with a tremendous work ethic. She took great pride in helping grow the game at the professional level."

Three-time WNBA MVP Lauren Jackson, who starred for the 2010 Storm championship team, wrote of Darsch on Facebook, "Thank you for your kindness, friendship and strength!!! I truly will miss you. Heaven found another angel today."

Darsch, a native of Plymouth, Massachusetts, graduated from Springfield College in her home state and began her coaching career at the high school level in 1973. From 1978 to 1985, she was an assistant to Summitt at Tennessee, helping the Lady Vols make five trips to the Final Four -- the first three in the Association for Intercollegiate Athletics for Women, the other two after the NCAA era began for women's sports.

In 1985, Darsch took over as head coach for Ohio State women's basketball, where she had a record of 234-125. Her Buckeyes, led by then-freshman Katie Smith, fell to Texas Tech, led by senior Sheryl Swoopes, in the 1993 NCAA final, 84-82. Ohio State won the Big Ten regular-season title four times under Darsch.

After one more season in New York, Darsch left to take over the Washington Mystics in 1999, but resigned as head coach during the 2000 season, although she continued scouting for the team. Darsch was an assistant with the Minnesota Lynx from 2003 to 2005 and with the Storm from 2008 to 2013. In between those WNBA stints, she returned to the college game as an assistant at Boston College during the 2006-07 and 2007-08 seasons.

Smith, who after her Ohio State success continued a Hall of Fame career playing in the short-lived ABL and then the WNBA, is now an assistant with the Lynx after previously being the Liberty's head coach. Smith praised Darsch, who coached her both at Ohio State and when Smith played with the WNBA's Storm in 2011 and '12.

"Nancy was a trailblazer, coach and mentor. I was lucky to have such a caring and kind coach," Smith said in a statement Monday. "She loved what she did and the people she shared it with. Always had a smile on her face, a fun comment to make you laugh and a playful punch on the arm. She will be dearly missed. Rest easy, Nancy."
Report a correction or typo
Related topics:
sportsespnnewswnbanew york libertyohio state buckeyeswomens college basketballseattle stormespnw
Copyright © 2022 ESPN Internet Ventures. All rights reserved.
TOP STORIES
Flight delays ease up amid chaotic 4th of July weekend travel
1 killed, several injured in shooting at mechanic shop in NYC
Ex-boyfriend arraigned in murder of Upper East Side mom
Good Samaritan tries to save man seen jumping in Hudson River
Smoky 4-alarm fire breaks out in New Jersey building
AccuWeather: Less humid
Man shot in the head while riding scooter in the Bronx
Show More
3-year-old boy dies after falling from 29th-floor balcony in Manhattan
Where to watch 2022 Fourth of July fireworks
Macy's 4th of July Fireworks 2022: Everything to know
Jet truck driver killed in air show accident | VIDEO
NYC public school supplies, food, COVID tests found dumped
More TOP STORIES News