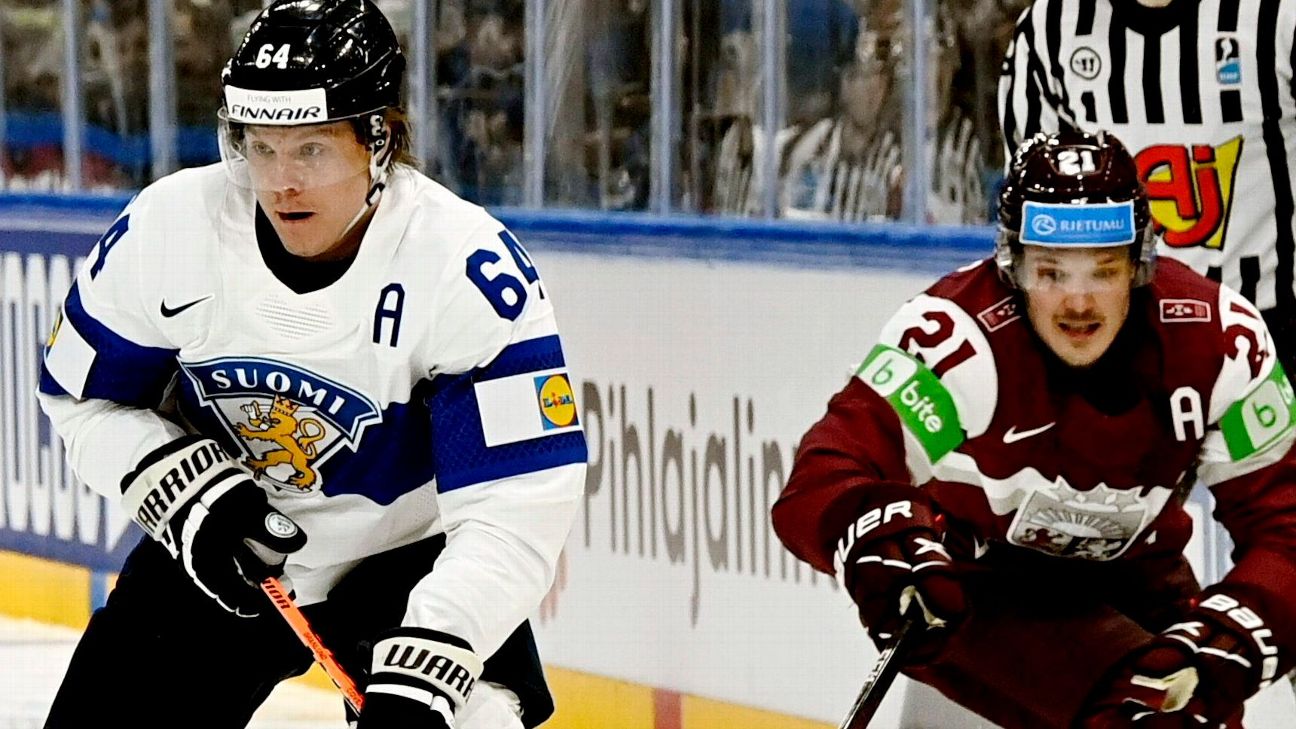 TAMPERE, Finland -- Host Finland recovered from a first-period scare to defeat Latvia 2-1 for a second victory in two games at the ice hockey world championship on Saturday.

Nashville Predators forward Mikael Granlund, less than a week removed from being eliminated in the NHL postseason back in North America, scored the winner on a power play with 2 minutes, 52 seconds to go in the final period of the Group B game in Tampere. Rudolfs Balcers put Latvia ahead 1-0 in the opening period, then Sakari Manninen equalized on a power play in the middle frame. Manninen added an assist on Granlund's goal.


Finland, runner-up in last year's tournament, shut out Norway 5-0 on Friday, while Latvia lost to the United States 4-1.

Germany rebounded from a loss to Canada the previous day by defeating Slovakia 2-1 in Group A in Helsinki. Matthias Plachta and Leonhard Pfoderl gave Germany a 2-0 advantage, with Kristian Pospisil answering with the lone Slovak goal.

In Group B, Sweden had only three lines available at the opener against Austria, as the team was waiting for the results of the NHL playoffs to complete the roster with players from the Swedish league, whose playoffs finished only on Thursday.

Joel Kellman, Max Friberg and Joakim Nordstrom contributed a goal each to a 3-1 victory against a team that together with France replaced the Russian and Belarusian squads.


In their opener, the Czech Republic eased past Britain 5-1 in another Group B game. Matej Blumel led the CzechRepublic with two goals and an assist.

Also in Group A, Joachim Blichfeld scored a hat trick and Nikolaj Ehlers had three assists for Denmark, which started the tournament by routing Kazakhstan 9-1.

A three-goal lead after the first period, with New Jersey Devils defenseman Jonas Siegenthaler assisting on all three of those goals, propelled Switzerland to a 5-2 victory over Italy in their opening game in Group A.