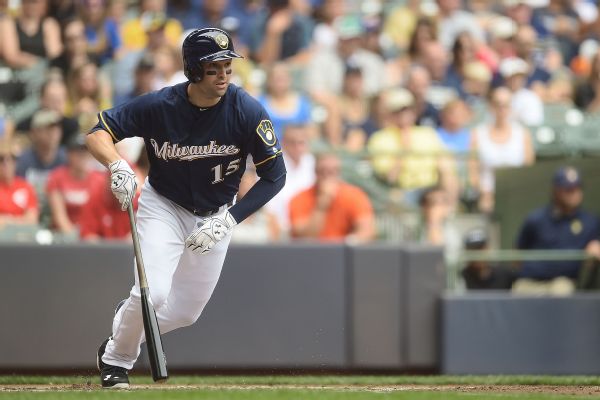 The New York Yankees have agreed to a one-year deal with veteran second baseman Neil Walker.

The agreement is worth about $5 million, according to ESPN and multiple reports, and is pending a physical.

The agreement with Walker at that price will raise the Yankees' projected luxury tax payroll to approximately $182 million, about $15 million below the luxury tax threshold.

The move could signal that highly touted prospect Gleyber Torres, who has been competing for the Yankees' starting second-base job, will start the season in the minors.

Torres, who recently was rated as baseball's No. 5 overall prospect by ESPN's Keith Law, is hitting 3-for-23 this spring. He has been competing with Tyler Wade and Ronald Torreyes for the open spot at second base.

He is among the victims of a historically slow free-agent market and will take a huge cut from the $17.2 million he earned in 2017, when he accepted a qualifying offer from the Mets.

A Silver Slugger winner at second base in 2014, Walker is a career .272 hitter with 130 homers in parts of nine seasons with the Mets, Brewers and Pirates.

He had been working out at the camp for free agents in Bradenton, Florida, organized by the players' association.

To make room for Walker on the 40-man roster, the Yankees have designated for assignment outfielder Jake Cave.