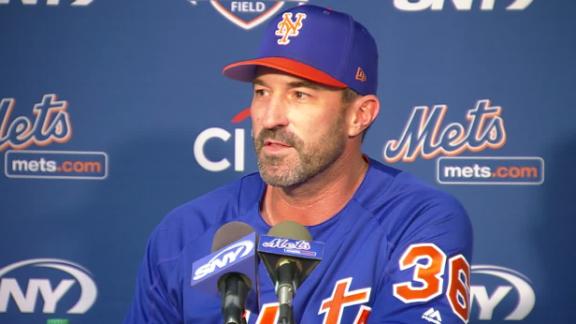 PORT ST. LUCIE, Fla. -- For a first-time manager, Mickey Callaway was mighty bold about his own expectations with the New York Mets.

With the Mets set to hold their first formal spring-training workout for pitchers and catchers Wednesday, an enthusiastic Callaway laid out his vision for a championship contender in that hint of a Tennessee drawl.

Seated behind a table during his 35-minute news conference, wearing a Mets cap and jersey, Callaway touched on an array of topics, from the team's new sports-science plan for keeping players healthy to his beliefs in throwing more breaking balls and building a flexible bullpen with no defined closer.

"For me to designate somebody to pitch the ninth and I don't know what hitters are coming up, seems kind of silly to me," said Callaway, who replaced 68-year-old Terry Collins, the longest-tenured manager in Mets history. "We're going to have to be more prepared. We're going to have to do our homework on every possible bit of information."

As workers stocked the team store on Willie Mays Drive with spring training shirts that read "Winning Starts Now," one thing was quickly becoming clear about Callaway's arrival: The Mets are in for big changes after a 70-92 season.

And not just Jacob deGrom, who already got a haircut and sheared his shaggy locks.

"I can tell that they have expectations for us and everything is going to be a little bit more organized," right-hander Zack Wheeler said. "They're going to hold us more accountable, which is fine. We're grown men, and it's nice to be held accountable.

"I think it's time for a change. You know, what's the definition for insanity -- is keep doing the same thing over and over? So I mean, it's nice for a change and maybe some newer technology and newer ways of thinking and new ways of going about stuff will maybe help us."

Driven by analytics and modern baseball philosophy, many of Callaway's unconventional ideas came with him from Cleveland, where last season he completed a fantastic five-year run as pitching coach for the progressive Indians.

Led by All-Star lefty Andrew Miller and fellow relievers Cody Allen and Bryan Shaw, the Indians reached Game 7 of the 2016 World Series and followed with a 102-win season. Callaway said he already sees similarities in a hard-throwing Mets staff that's been riddled with injuries since carrying the club to an NL pennant in 2015.

"I have been around some pretty good arms and this is the best group of arms and stuff that I've ever seen, from top to bottom. It's really amazing," he gushed. "I think Cleveland was a spot or a place that had the same-type guys that we do, pitchers that have no egos and just want to win games."

There's no question Callaway and new pitching coach Dave Eiland, a mentor to Callaway since they were minor league teammates two decades ago, were hired to repair a frayed and fragile staff that plummeted to 28th in the majors with a 5.01 ERA last season.

Callaway's first scheduled meeting with the pitchers Wednesday will take place in the weight room.

"That's how valuable I think their routines are going to be. And we're going to walk em through what we expect them to do when they arrive at the ballpark. And that's the first thing they're going to hear," he said. "Holding guys accountable and going through the process and communicating with these guys every day is the thing I'm looking forward to the most being a manager."

Of course, it's not only the pitchers who are in his charge. The 42-year-old Callaway has an entire team to run in his first full-time manager job at any level.

And while he thinks his pitching background and years of experience preparing scouting reports on opposing lineups will be "invaluable" to Mets hitters, Callaway readily acknowledged a need to rely on his veteran coaches in game situations.

"There's going to be unforeseen things that I have never dealt with before along the way. And that's why we hired the coaching staff that we hired. They're going to have me prepared. I'm going to ask questions. I'm going to lean on them on a daily basis," he said. "So having a support staff that is on point, prepared and know what they're doing is going to be huge for me." 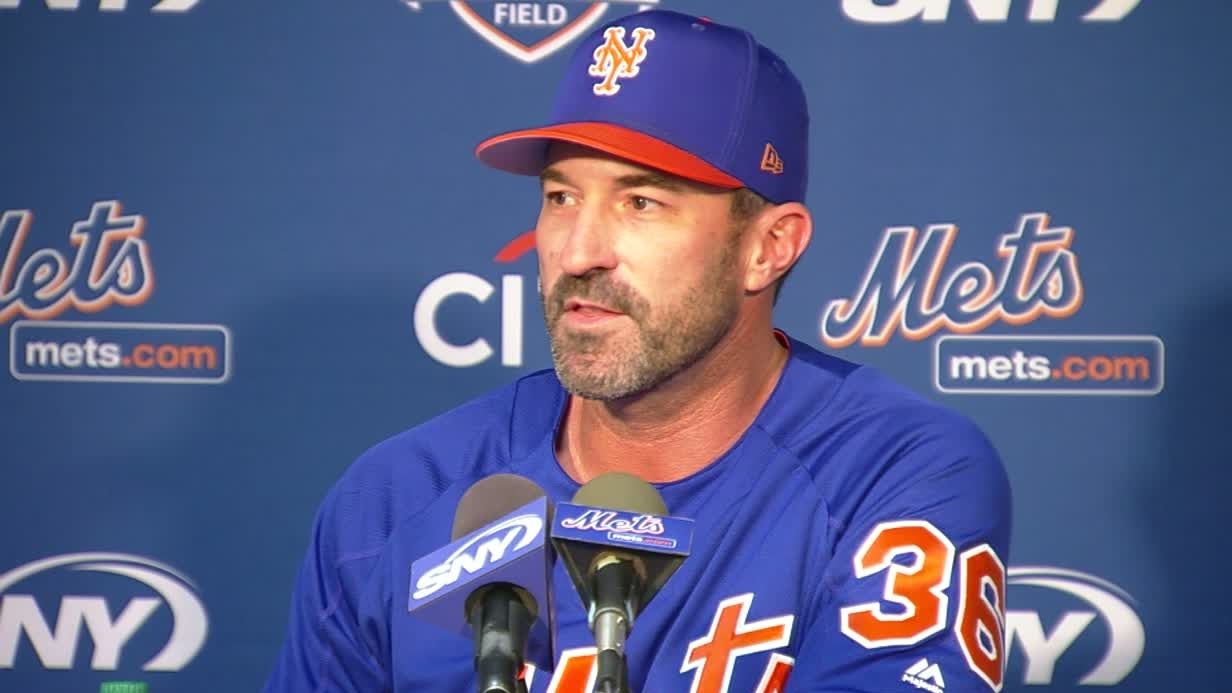