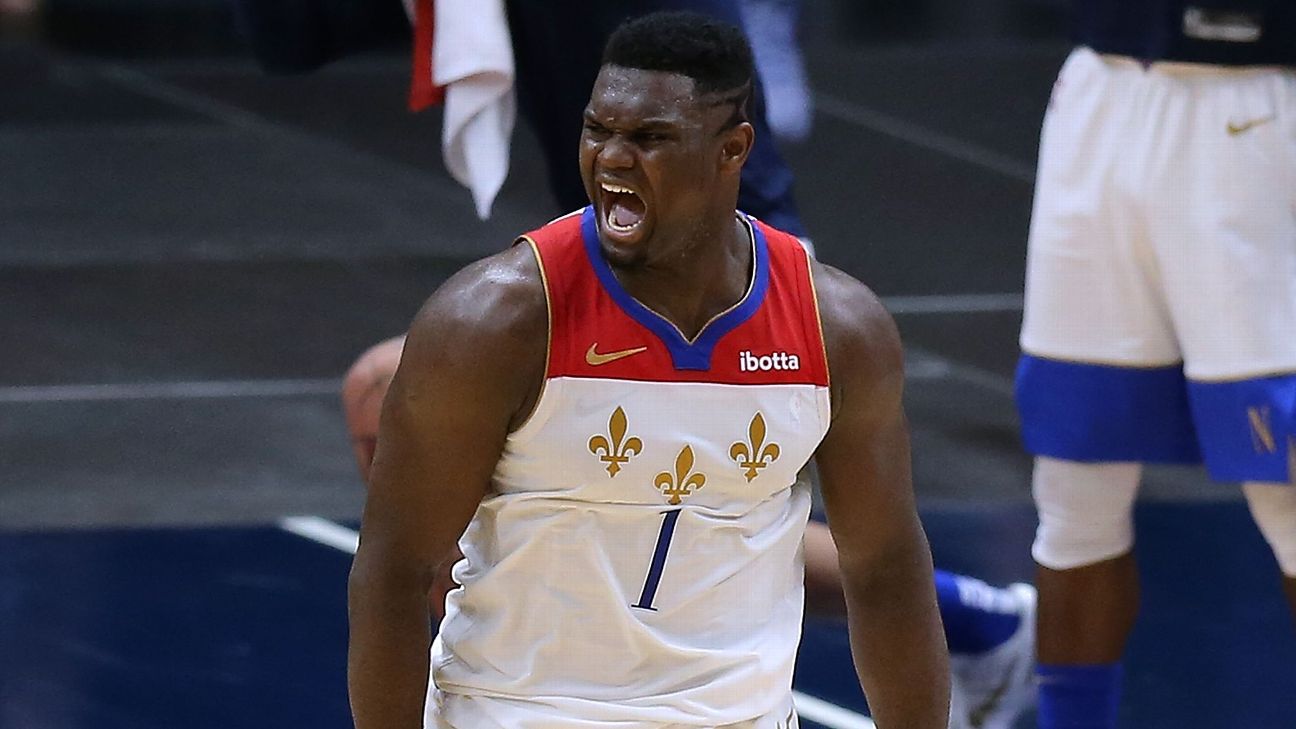 New Orleans Pelicansstar Zion Williamson was placed on Team USA's prospective roster for the Tokyo Olympics on Thursday, one of 15 names added as the team prepares for roster uncertainty as it heads into an unprecedented summer.

The New York Knicks' Julius Randle and Chicago Bulls' Zach LaVine, both first-time All-Stars this season like Williamson, were among those added to coach Gregg Popovich's roster. There were already 42 players on the list, which has now swelled to 57 as USA Basketball tries to give itself options for the 12-man team.


There's a good chance even more players could be considered when training camp opens in early July. Team USA's first game in Tokyo is slated for July 25, just three days after the latest possible end date for the NBA Finals.

Team USA managing director Jerry Colangelo has lobbied the United States Olympic Committee and FIBA, which runs the Olympic tournament, to allow roster changes up to and perhaps even during the Olympics to accommodate players who might be involved in deep playoff runs.

Typically, rosters are set several weeks in advance of the Olympics. No official ruling has been made.

"It's important that we continue to remain flexible and consider all players who can contribute to our efforts to field the best USA team possible," Colangelo said. "Having a larger player pool than what we normally have is critical because of all of the uncertainties we face about availability."


Among the names added to the roster are the Miami Heat's Duncan Robinson and the Houston Rockets' Christian Wood, both of whom have no history with the national team.

The other 55 players now on the roster have played on the national team or taken part in training camps in the past. Also being added to the roster Thursday were the Atlanta Hawks' Trae Young, theCleveland Cavaliers' Jarrett Allen, the Detroit Pistons' Jerami Grant, the Knicks' Mitchell Robinson, the Toronto Raptors' Fred VanVleet, the Rockets' John Wall and Eric Gordon, the Milwaukee Bucks' Jrue Holiday and the Brooklyn Nets' DeAndre Jordan and Blake Griffin. 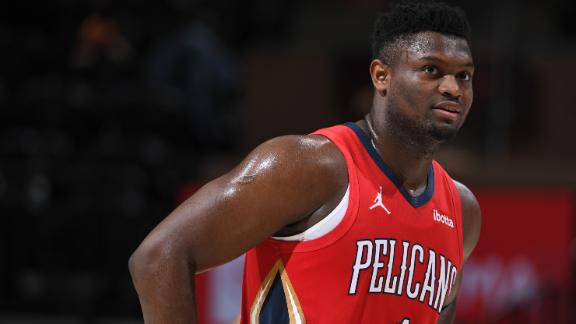 How Zion is living up to the hype in his second NBA season
Check out the highlights from Zion Williamson's impressive start to his second season in the NBA. 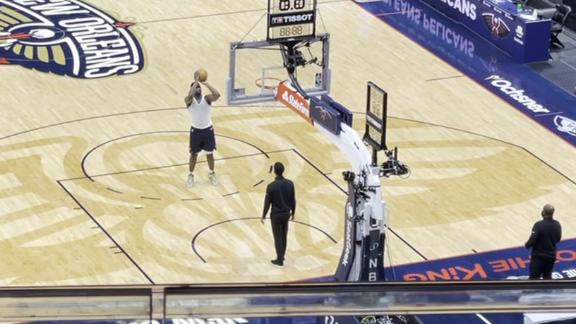