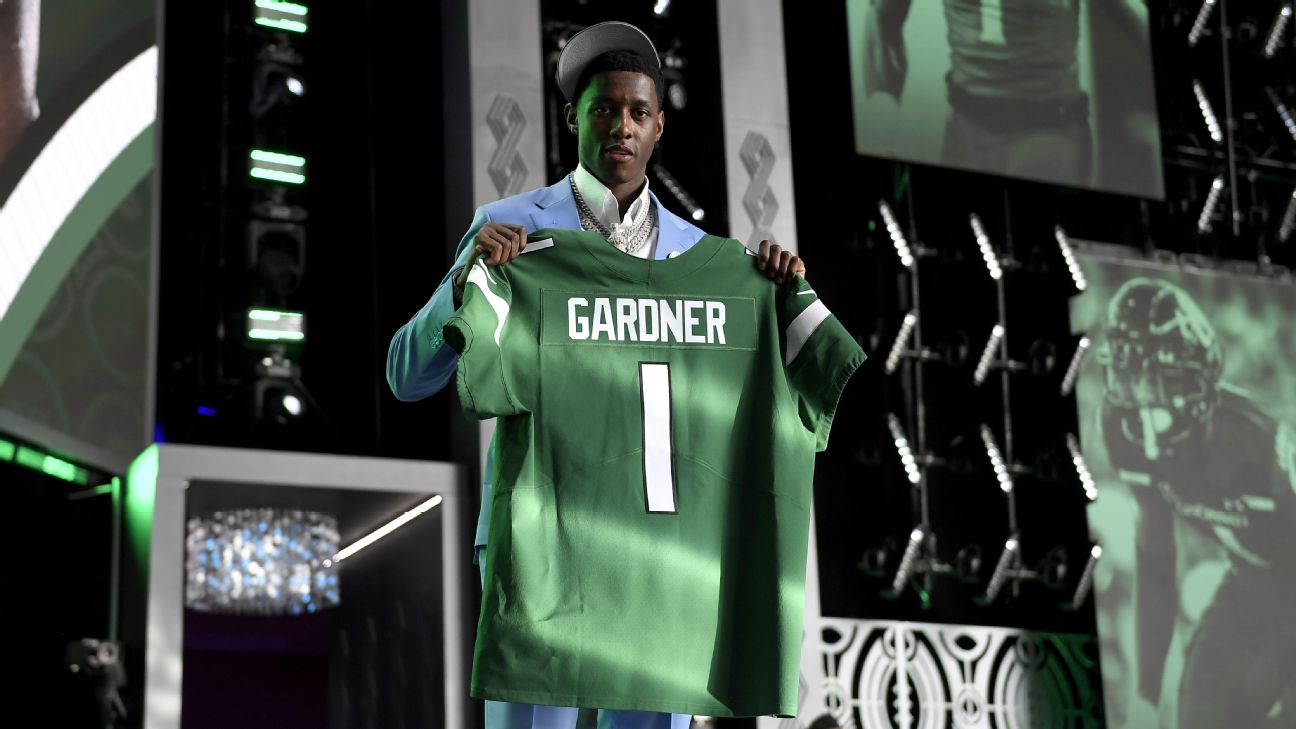 FLORHAM PARK, N.J. -- The highly speculated Deebo Samuel trade never materialized for the New York Jets, but they still became one of the biggest stories of the NFL draft by making three first-round picks Thursday.

The three first rounders marked the Jets' biggest haul since they made four first-round selections in 2000.

"You get three impact players at three premium positions, you dream of it happening," coach Robert Saleh said. "It was a really good day."

The night began the possibility of trading for Samuel, the disgruntled San Francisco 49ers star. The Jets had been looking for a big-time receiver the last few weeks, showing interest in Tyreek Hill, DK Metcalf and A.J. Brown. As it turned out, the Tennessee Titans traded Brown to the Philadelphia Eagles during the first round.

Douglas wouldn't confirm the Jets' interest in Samuel, saying only there were no conversations with the 49ers while the Jets were on the clock with the 10th pick. Asked about pursuing Brown and veteran receivers, he said, "I'm not going to get into specifics, but a lot of discussions happened over the last couple of weeks. We felt this was the right path for our franchise."

Instead of dealing draft capital for a veteran, Douglas used some of it to trade up for Johnson, widely projected as a top-10 pick. The Jets stopped his fall, trading second-, third- and fifth-round picks to the Titans for the 26th and a third rounder.

Douglas said he wanted Johnson so much that he called every team from 15 to 26, hoping to make a deal. There were some anxious moments.

"He said he was nervous, but I was the one with the towel, wiping off my head," Saleh said with a laugh.

The Jets addressed their biggest needs with Gardner, Wilson and Johnson.

Gardner will join a revamped secondary that includes two free-agent additions, cornerback D.J. Reed and safety Jordan Whitehead. The secondary was a weakness last season, as the Jets finished 30th in pass defense and managed only two interceptions from the cornerback position.


They haven't had a true shutdown corner since Darrelle Revis, a first-round pick in 2007. Gardner said he followed Revis as a kid in Detroit, noting how Revis was one of the few corners who neutralized former Detroit Lions star Calvin Johnson.

"When I think about the Jets, I think about Darrelle Revis," Gardner said. "He used to be one of my favorite cornerbacks. I still watch him to this day (on film)."

Gardner brings a glittering resume to the Jets, an all-American who owns the uncanny distinction of never having allowed a touchdown pass in college. That covers three seasons and more than 1,000 snaps in coverage. He was so feared that he was targeted only twice per game last season. For his career, he finished with nine interceptions, 27 passes defensed and three sacks.

He also has unusual size (6-foot-3) and long arms (33), traits that will help against bigger receivers. The one question surrounding Gardner is that he was primarily a press-man corner in college; the Jets run a zone-based defense.

Gardner's nickname will certainly make him popular among New York headline writers. He got the nickname "Sauce" from a youth coach at the age of 6. The original version was "A1 Sauce Sweet Feet Gardner" because of his affinity for fast-food dipping sauces.

While they didn't land Samuel, Wilson provides plenty of potential -- and a Wilson-to-Wilson connection, quarterback Zach and Garrett.

"I think he's got a lot of talent, especially arm talent," Garrett Wilson said of his new quarterback.

The selection of Wilson, picked with the draft pick the Jets acquired from the Seattle Seahawks for Jamal Adams, was applauded by Zach Wilson.

Known as a home-run threat at Ohio State, he averaged 15.1 yards per reception last season - 70 catches for 1,058 yards. Of his 12 touchdowns, six came on vertical routes, according to ESPN Stats & Information. The only knock is that he dropped six balls.

Wilson improved his draft stock with a torrid finish, recording six touchdowns and averaging 124 yards per game over his final three. He decided not to play in the Rose Bowl. He solidified his NFL standing with a strong scouting combine -- 4.38 seconds in the 40-yard dash.

A shade under 6-feet tall, at 183 pounds, Garrett Wilson is somewhat slender for the position. He joins a receiving corps that is undersized except for Corey Davis (6-foot-3). The other receivers are Elijah Moore (5-foot-10) and Braxton Berrios (5-foot-9).

The Jets' primary goal this offseason is to improve the talent around Zach Wilson, who struggled as a rookie. Garrett Wilson becomes the marquee addition. In free agency, they signed tight ends C.J. Uzomah and Tyler Conklin and guard Laken Tomlinson.

Hurt by a lack of explosive plays, the Jets finished 28th in scoring.

Johnson, coming off a 12-sack season at Florida State, fills the need for an edge rusher. The Jets finished 25th in sacks. He probably slipped because he didn't have a big body of work in college. After a JUCO stop, he had two non-descript seasons at Georgia before transferring to Florida State, where he won ACC Defensive Player of the Year.

Douglas said he was "very surprised" that Johnson fell. Johnson didn't let the long wait get him down.

"I wasn't really sure, but, I mean, they said they'd come get me and that's what they ended up doing," he said. "I never got beside myself or anything. I was just excited, reminding myself, 'I'm in the green room, I'm in the NFL Draft.' it was just an amazing time and I'm so glad the Jets came and got me." 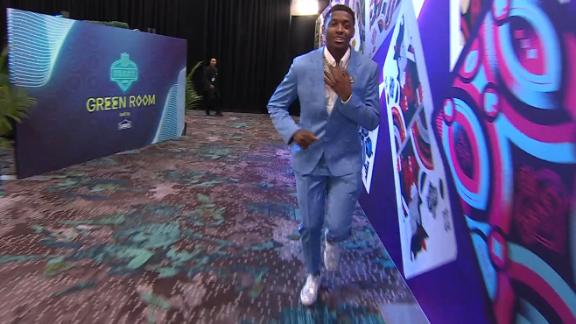