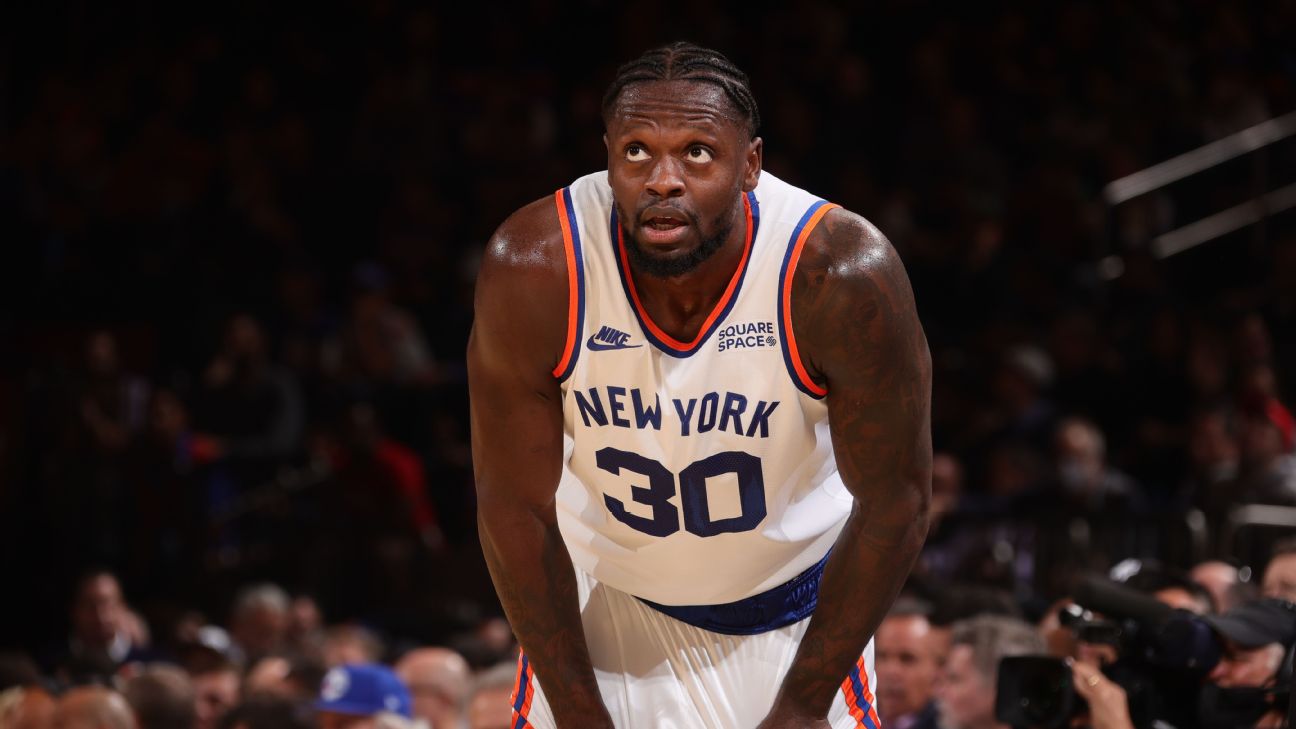 New York Knicks All-Star forward Julius Randle has entered the league's health and safety protocols and will not play against Oklahoma Cityon Friday, the team announced.

Randle, who is averaging 19.3 points, 10.0 rebounds, 5.0 assists and has played in every Knicks' game this season, played in Wednesday's 94-85 victory against the Detroit Pistons.


Randle, 27, was limited to five points on 2-for-11 shooting in the victory vs. Detroit, which was playing with just four players from its usual 15-man roster because of a COVID-19 outbreak. Instead, the Pistons had seven replacements in on 10-day contracts and another on a two-way deal.

New York is in ninth place in the Eastern Conference standings. Under the newly revised quarantine rules under the protocols, Randle could potentially return sometime next week.

He becomes the fourth Knicks player currently in the protocols, joining Nerlens Noel, Jericho Sims and Wayne Selden. Several other Knicks recently have been activated, including RJ Barrett, Quentin Grimes, Immanuel Quickley and Obi Toppin. Derrick Rose is also out for several weeks with an ankle injury.

He then signed a long-term contract extension with the Knicks in the offseason.