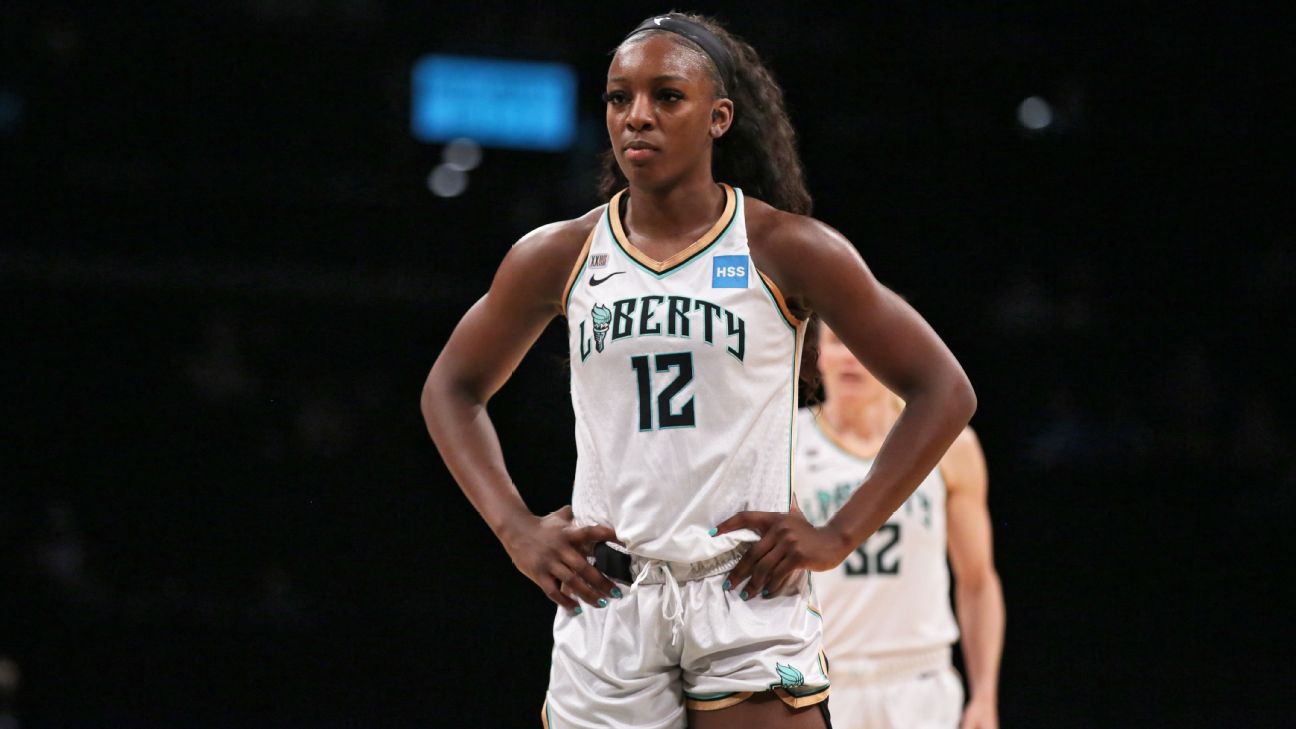 Michaela Onyenwere helped the New York Liberty clinch their first WNBA playoff berth since 2017, and her efforts in doing so did not go unnoticed. The 6-foot-0 forward has been named the league's 2021 Rookie of the Year on Tuesday.

She is the first Liberty player to win the award, receiving 47 votes from a national panel of 49 sportswriters and broadcasters. Liberty teammate DiDi Richards received one vote, as did Atlanta Dream guard Aari McDonald.

She started in all but three of the 32 regular-season games she played, the only rookie to average at least 20 minutes per game (22.5).