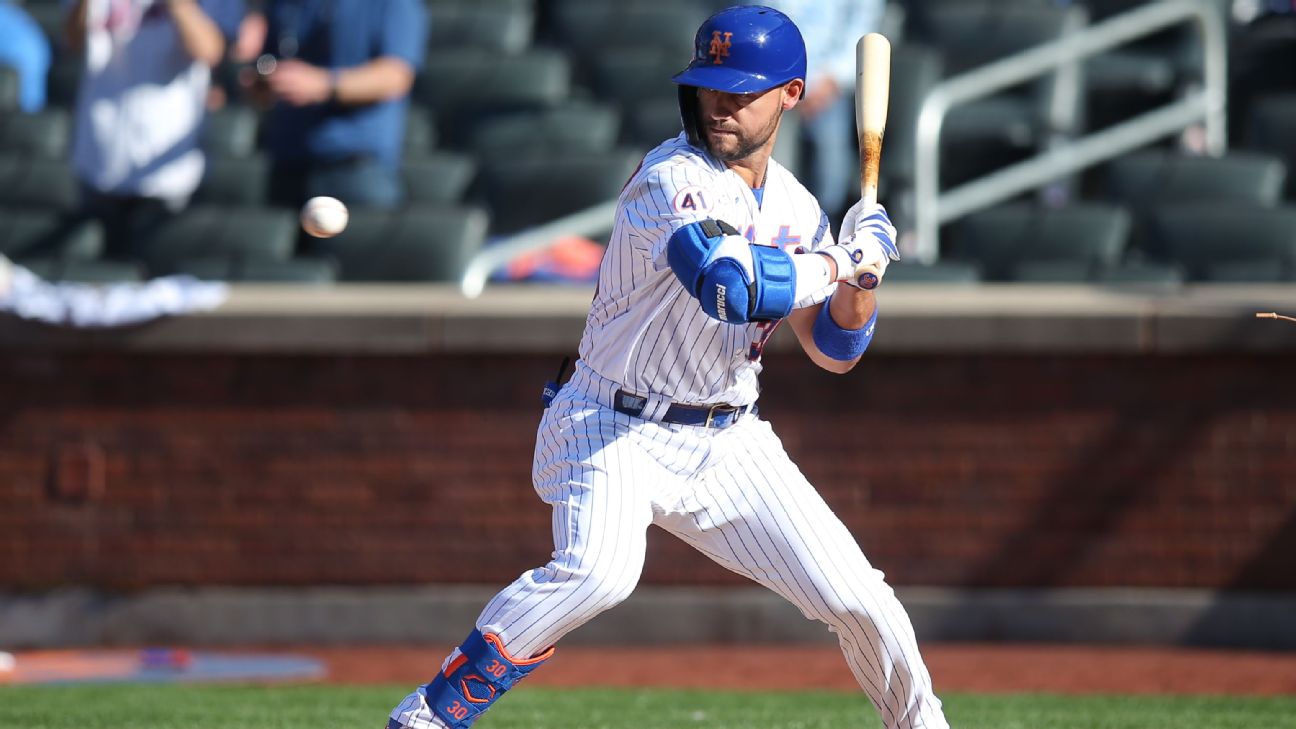 Even the New York Mets called Thursday's walk-off 3-2 victory over the Miami Marlins a lucky break.

With the bases loaded and one out in the bottom of the ninth after Jeff McNeil had tied the score with a home run leading off the inning, a 1-2 pitch on the inside corner of home plate to Michael Conforto grazed his elbow pad as he leaned over the plate to give the Mets the victory.


Home-plate umpire Ron Kulpa initially started to ring up Conforto with strike three and then changed his call mid-motion to say the pitch hit Conforto.

The umpiring crew conferred on the call, but Kulpa's decision stood. Under replay rules, a call on whether a pitch is in the strike zone when it touches a batter and whether the batter attempts to avoid getting hit is not reviewable.

On the other hand, Rule 5.05(b)(2) states that a batter is entitled to first base when he is hit by a pitch unless:

After the game, Kulpa, in the pool report, acknowledged he made the wrong call, saying, "That guy was hit by the pitch in the strike zone. I should have called him out."

"Not the way I wanted to win the ballgame," Conforto said. "I wanted to go up there and drive the ball somewhere. From my point of view, it was a slider, felt it was coming back toward me. I turned. There may have been a little lift of my elbow just out of habit, out of reaction, and it barely skimmed the edge of my elbow guard. I did see that [Kulpa] rung me up. I think that's why you didn't see a reaction from me right away. I didn't know what was going to happen. I knew there was going to be some controversy. Our first-base coach was yelling at me to get down there and touch the base and let's get out of here."

Marlins manager Don Mattingly said the umpires told him all they could review was whether the pitch hit Conforto. Whether or not Conforto turned into the pitch was a judgment call "and they wouldn't get together on that."

"I guess the toughest part is it's just a strike. Kind of that simple," Mattingly said. "You'd think with all the replay we do that you could say, 'That ball's a strike.' I wonder what happens when they put the automated strike zone and it breaks the plane and the guy does that. I wonder if that's a strike or not. I guess that's for later."

McNeil, who turned 29 on Thursday, led off the ninth inning of the team's home opener against Marlins closer Anthony Bass with a long home run into the upper deck in right field, topped with a huge bat flip.

As for the ending? "That was pretty incredible," McNeil said. "Just happened to nick Conforto there. We caught a break and just happened to win the game."


Conforto said he had no idea what the rules were on the play until he saw it on TV screens in the clubhouse after the game.

"I guess it all came down to the call on the field," he said. "I guess the controversy was he first called it a strike and then he said it hit me."

Mets manager Luis Rojas said he thought the umpires made the right decision. "I saw the strike call and then I saw the hit by pitch," he said. "Ultimately, the umpires have to make the right call. It's an interesting call, for sure. The hand movement and trying to get out of the way caused the hit by pitch. But we'll take the call."

The Mets were happy to send their fans home with the win.

"Good to have the fans back," Conforto said. "Good to have that atmosphere back. When Jeff hit that homer, the place just exploded. The roar from the crowd, we've been missing that."

The botched ruling was acknowledged by at least one betting site. FanDuel said it was issuing refunds for money-line bets on the Marlins, as well as for parlays in which the Marlins money line was the only losing leg. 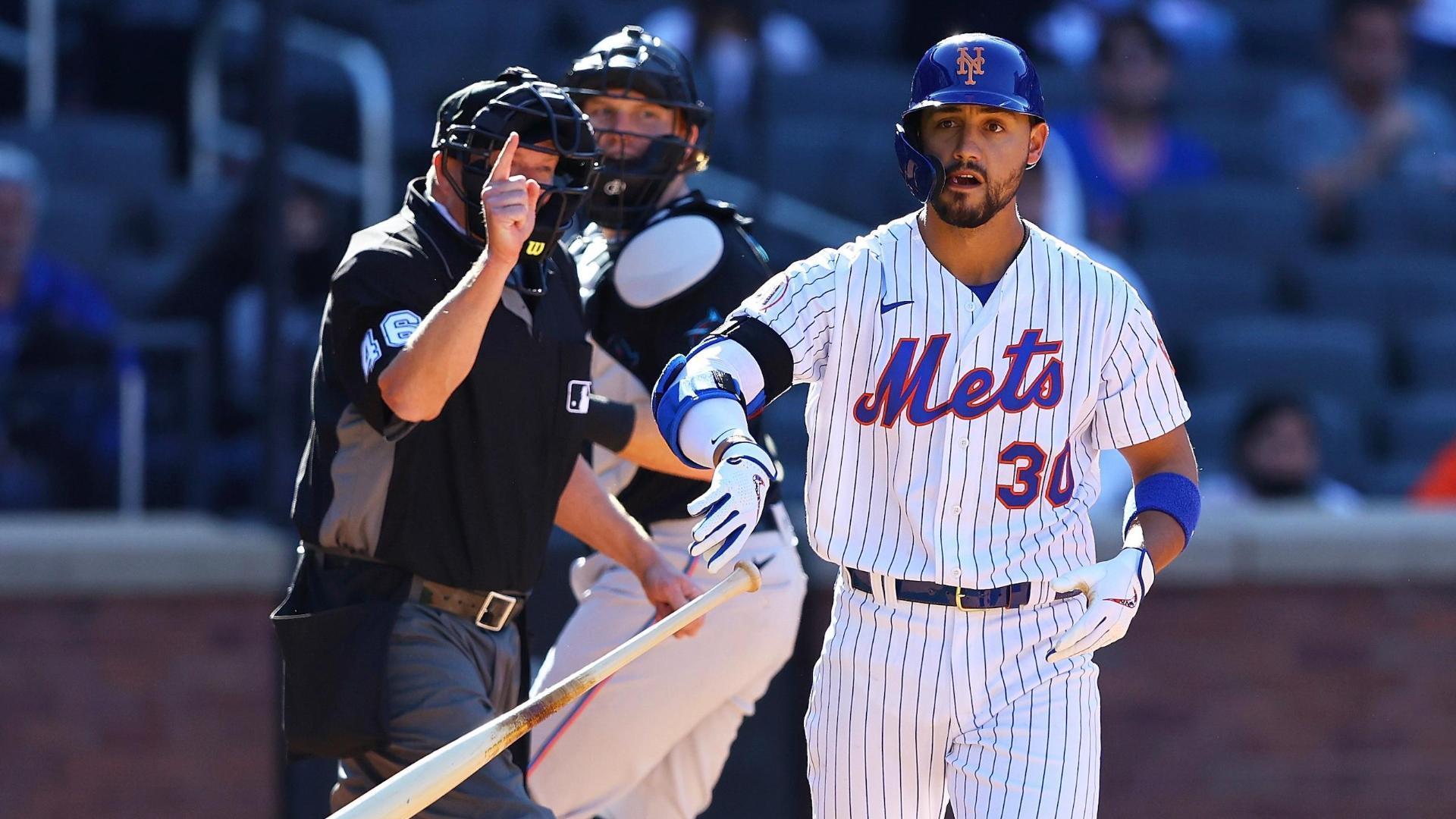