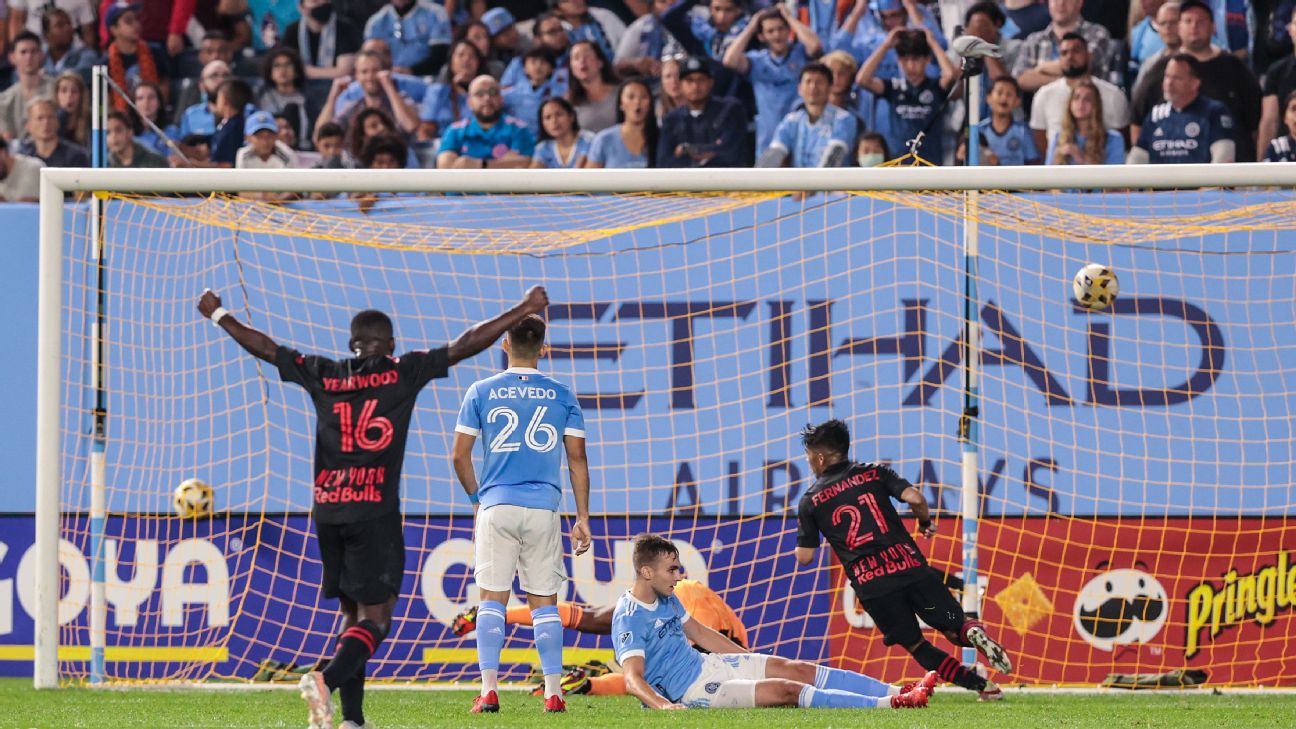 Omir Fernandez scored in the 43rd minute as the visiting New York Red Bulls survived constant pressure in the second half and held on for 1-0 victory over New York City FC Saturday night at Yankee Stadium in the Hudson River Derby.

A Bronx native, Fernandez got his sixth career goal and second in three games by teaming with fellow New Yorker Kyle Duncan.

Fernandez put the Red Bulls ahead when he teamed with Duncan on a nifty play through the box.

Duncan received a long pass over the box and then slid the ball by NYCFC's Gudmundur Thorarinsson and Alfredo Morales to Fernandez. Fernandez charged through the box and quickly slipped a right-footed shot from about six yards out into the net before NYCFC defender James Sands could block the attempt.

After Fernandez's tally, the Red Bulls (8-11-6, 30 points) ran their unbeaten streak to three games (2-0-1) and survived a match where they allowed NYCFC to hold possession for 64.9 percent of the night.

Besides assisting on the only goal of the match, Duncan also made numerous defensive plays, including in the 69th minute when he tracked down a wide-open Maxi Moralez resulting in a corner kick. On the subsequent corner kick, Coronel used his chest to deny Valentin Castellanos from close range.

Nine minutes later, Coronel came up with another big save when he used his hands to make a leaping stop on Jesus Medina.