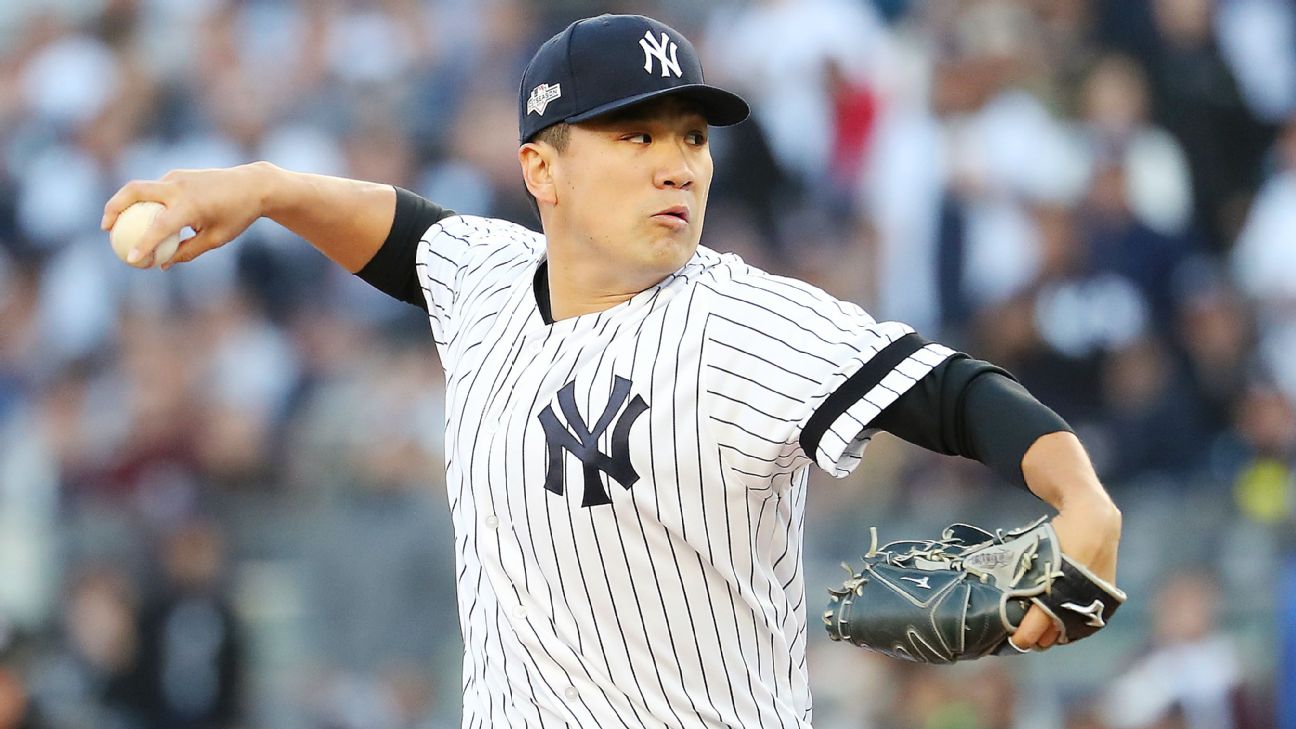 HOUSTON -- With plenty of rest before the onset of the American League Championship Series, New York Yankees manager Aaron Boone could have set up his starting rotation however he wanted to. His final decision: Righty Masahiro Tanaka will start Game 1 against the Houston Astros on Saturday at Minute Maid Park.

Boone was circumspect about his reason.

"I felt like it was a good decision," Boone said. "Tough one to be made but similar to the division series, where I was going back and forth a lot. Just felt like Masa here in Game 1 is the way I wanted to go in the end."

Boone's decision essentially flips the top two in New York's rotation from what the Yankees featured during a three-game sweep of the Minnesota Twins in the ALDS. Lefty James Paxton started the first game of that series at Yankee Stadium, going 4 innings, while Tanaka got the nod in Game 2, holding the Twins to one run over five innings.

Boone said Paxton will start Game 2 on Sunday in Houston, followed by Luis Severino in Game 3 on Tuesday at Yankee Stadium. Similar to what Houston manager AJ Hinch has indicated, Boone said his Game 4 starter is to be determined. As for his Game 1 assignment, Tanaka says he is prepared.

"The team told me that I'm pitching Game 1 before we left New York," Tanaka said through an interpreter. "As far as facing the Houston lineup, obviously it's going to be a challenge. But you try not to do anything sort of different going into the game. You prepare for it. You make your plans, and basically you go out there and execute."

In the Astros, the Yankees will be facing another elite offensive team in the AL this season, after dispatching the high-scoring Twins in the last round. The Yankees led the league in runs (943), followed by the Twins (939) and Astros (920). The Astros were particularly potent at home, scoring 58 more runs than on the road.

Tanaka has struggled previously at Minute Maid Park, going 0-1 with a 5.73 ERA over four outings. He split two decisions during the Yankees' memorable ALCS showdown against the Astros in 2017, dropping Game 1 at Houston and winning Game 5 in New York. Houston won that series 4-3 en route to its first World Series title.

"One thing I can say is that we've been here in 2017," Tanaka said. "We know what it's like in here. So I think that experience will definitely help going into the game."

Tanaka will face Astros righty Zack Greinke in Game 1. Houston will follow Greinke with its co-aces, righty Justin Verlander in Game 2 and righty Gerrit Cole in Game 3. Between them, Verlander and Cole had three outings of seven innings or more during Houston's ALCS win over the Rays.

Conversely, Tanaka's five-inning start against Minnesota was the longest outing by a Yankees starter in that series. That outlines one of the big contrasts between the two best regular-season teams in the AL this season: the Astros' powerful rotation against the deep Yankees bullpen on which Boone relies so heavily.

"It's clear the bullpens will have to get important outs," Boone said. "You would expect some close games, games that come down to the end, where if you're going to be able to win a ball game, you're going to have to close it out.

"Obviously, we lean on our bullpen heavily, even though starting pitching is obviously very important. If you're going to get where you want to go, you've got to get good starts out of it, as well."