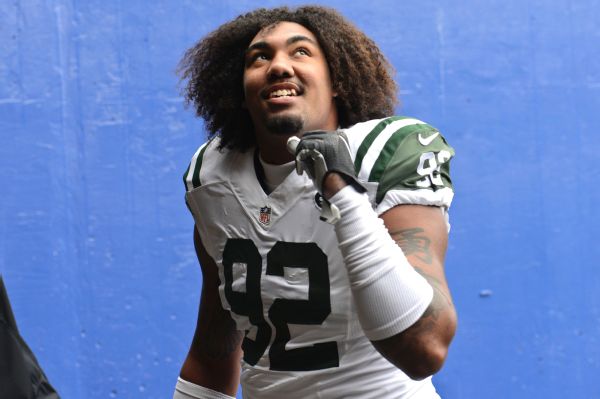 ESPN
By Rich Cimini
FLORHAM PARK, N.J. -- The NFL is investigating under the personal-conduct policy an incident over the weekend involving New York Jets players Darron Lee and Leonard Williams, according to a league spokesman.

Coach Todd Bowles said Tuesday he won't discipline Lee, who got into an apparent dispute with an unidentified woman and was forcibly removed by Williams.

"He got into an argument with his girlfriend," said Bowles, adding that he spoke with "10 people" about the incident, including Lee and Williams. Bowles also addressed the matter with the team.

Williams and Lee, both former first-round picks, practiced with the team Monday and Tuesday. Tuesday's practice was open to the media, but neither player was made available.

It happened Saturday night at the Governors Ball Music Festival on Randall's Island. There were no arrests stemming from the situation, according to a New York Police Department spokesman. The incident was caught on video by an eyewitness and posted on Twitter.

"I didn't see the video," Bowles said. "I got the stories from everybody. As far as I was concerned, you don't want that stuff to happen. Obviously, with social media going on these days, they have to take care of themselves. Darron understands that. We had a long talk. You move forward from there."

Bowles said he had no problem with Williams' role in the incident. The 6-foot-5, 300-pound defensive lineman carried Lee about 15 feet away from the alleged dispute.

The coach said Williams was being a good friend and good teammate, adding, "That's fine. I'm good with that."

Bowles said he warned the team about potential trouble occurring at concerts. Wide receiver Robby Anderson was arrested last month at a music festival in Miami. He was charged with resisting an officer with violence, a felony.