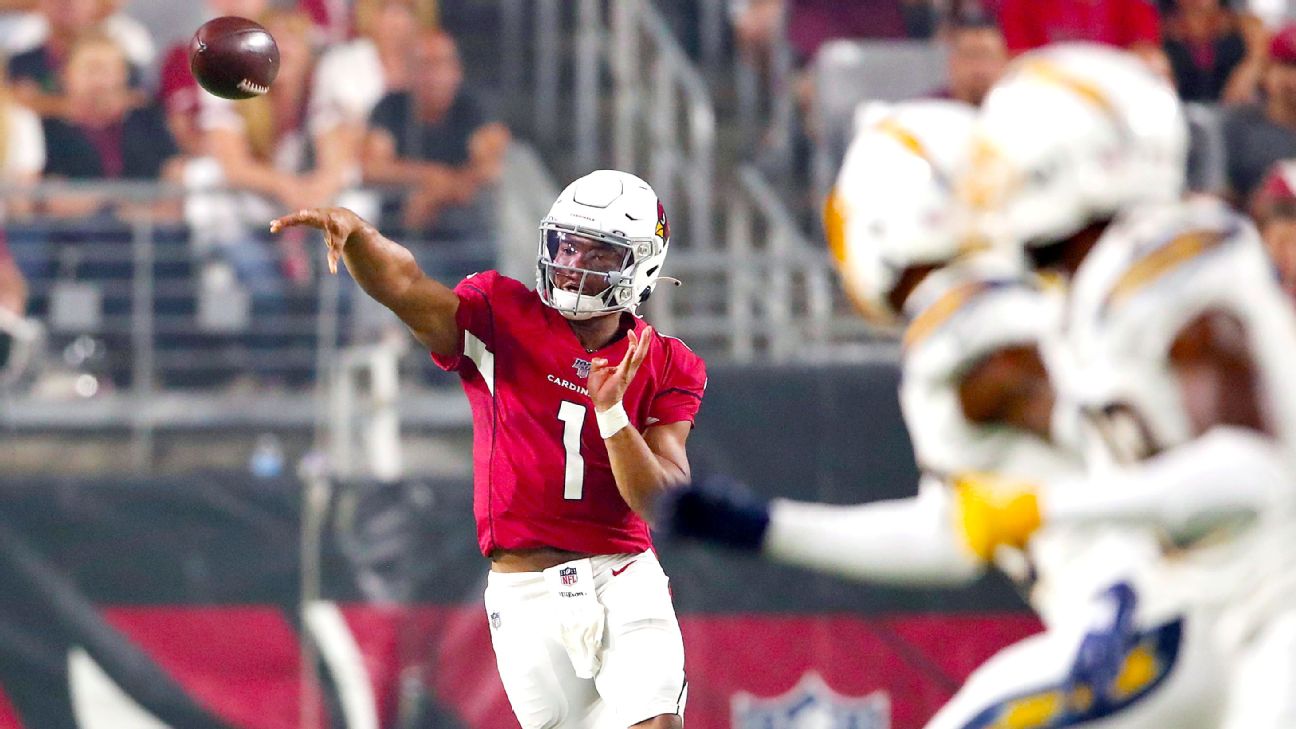 A trio of first-round quarterbacks -- the Arizona Cardinals' Kyler Murray, New York Giants' Daniel Jones and the Washington Redskins' Dwayne Haskins -- made their respective debuts Thursday night in Week 1 of the NFL preseason.

Here's a roundup of how they performed:

Statistics: 6-for-7 for 44 yards, no touchdowns, no interceptions, one series

Highlights: Murray was almost perfect in his preseason debut and showed the poise of a veteran quarterback. He showed how efficiently he can run the Cardinals' offense, which, while bland on Thursday, gave glimpses of how first-year coach Kliff Kingsbury's scheme will play out. Five of Murray's six completions were for eight yards or less. Murray ran two run-pass options, including one that fooled the entire Chargers defense. But what stood out was Murray's ability to avoid contact, which he had seemingly mastered at Oklahoma. He avoided a sack after pressure got through the offensive line and rolled out to his right for a clean look at a pass, and he dove forward instead of getting hit on what seemed an inevitable sack.

Needs work: There didn't seem like much he needed to work on after Thursday's performance. He was crisp with his throws to the sideline and smart with his decision-making. He avoided contact and made the defense think. There might be small things to clean up but nothing worrisome. -- Josh Weinfuss

Statistics: 5-for-5 for 67 yards, one touchdown, one series

Highlights: Everything he did on his one and only series. Jones looked composed and as though he belonged right from the start. His perfectly placed third-and-7 pass to the near sideline nailed Bennie Fowler in the chest. His accuracy was equally impressive on the next play, also to Fowler, for a touchdown. It was a perfect debut for Jones, and helped him check the latest box on his progression chart. He now has excelled during spring workouts, early in training camp and in his first preseason game.

Needs work: Maybe Jones will need to work on his endurance, as his debut was cut short by a weather delay. Seriously, finding a flaw in this performance would simply be nitpicking. However, the brevity of his outing does leave some questions. The Giants still need to see how Jones reacts when operating under serious pressure and against better competition. Only half of the Jets' usual starters were on the field for his touchdown drive. Also, the next hit he takes will be his first in the NFL. The answers will come soon enough. Jones will undoubtedly get more action as the preseason progresses. -- Jordan Raanan

Highlights: Haskins made a laser throw -- one not many quarterbacks would make -- for a 32-yard gain on his first series, flashing the arm that made him enticing to the Redskins. Haskins showed off his arm on other occasions, including one third-and-5 situation when he completed a pass for 16 yards after he hit his fifth step, took one hitch and delivered a strike. He also ran well, with two rushes for 17 yards, something he did late last season at Ohio State. It helped him elude trouble against the Browns, getting outside the pocket against a blitz but also allowing him to get wide on a 27-yard bootleg pass.

Needs work: Haskins threw two interceptions, and he has shown a penchant for making mistakes throughout the summer. Sometimes it's just being inaccurate, and that was the case on his second pick; the first was trying to be a bit too perfect on a touch pass. Haskins has to work on breaking the huddle quicker; he got himself in trouble making some alert calls late in the play clock. Haskins also needs to learn to handle blitzes -- who's coming and where to go -- another issue that he has been working on in camp. -- John Keim 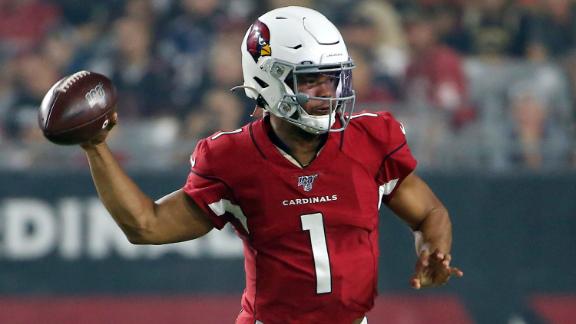 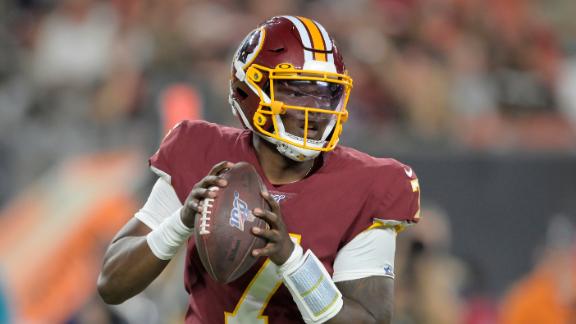