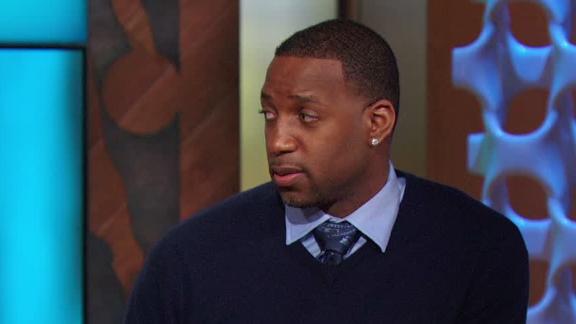 LOS ANGELES -- Doc Rivers said Monday that he would not break up the Los Angeles Clippers' big three of Chris Paul, Blake Griffin and DeAndre Jordan during the offseason -- regardless of any trade offers that may arise.

"I like our core and I like our bench, which was really good this year," the Clippers' coach said three days after the Clippers were eliminated from the playoffs by the Portland Trail Blazers in six games.

"I think they all want to come back, and we're going to make a strong effort to bring all our guys back. The good news about the free-agent guys who are opting out on their contracts -- as they should, because everyone knows what we can spend and what we can't spend -- I can't find one who doesn't want to be here."

The Clippers are coming off their fourth consecutive season of 50 or more victories.

"We're close, and we know that," Rivers said. "We have a priority of trying to just keep making our team better. Obviously because of the injuries -- Blake's in particular -- we literally don't know what we could have done. Even during the playoffs, he still wasn't 100 percent."

Griffin missed 41 games during the regular season because of a left quadriceps injury and played in only five games between his return and the start of the postseason. He sat out the final two playoff games after reaggravating the injury in Game 4 but is expected to be healthy again before the start of training camp.

Paul and small forward J.J. Redickare also expected to be healthy by the time camp starts. Paul also missed the last two playoff games because of a broken right hand, andRedick hobbled through the playoffs because of a heel injury and averaged 13.5 points.

"I would love to have seen us 100 percent healthy going into the season," said Rivers, who doubles as the team's president of basketball operations. "And if we hadn't have won it then [under those circumstances], you would have known exactly what you need to do. So now it's more guesswork. But I think we have a pretty good idea of what to do."

As far as the NBA draft is concerned, Rivers warned against the idea that anyone they choose would be the last piece of the puzzle in their quest for an NBA title -- or even the possibility of getting past the second round of the playoffs for the first time in franchise history.

"We're picking in the mid-20s. So to think you're going to hit a home run or get the guy who's going to take you over the top, it's just silly talk," Rivers said. "I mean, we're going to do a great job in the draft, but historically, it doesn't happen."

Jamal Crawford, who won the NBA's Sixth Man of the Year Award for the third time in his career and second time with the Clippers, is expected to return for his 17th season at age 36.

Then there's Paul Pierce, who will turn 39 shortly after training camp begins. The 17-time All-Star, who helped Rivers win an NBA title in Boston in 2008, is contemplating retirement after being mostly a nonfactor in his first season with the Clippers.

"I think he has another season in him, but the whole key is where he wants to be, healthwise, and how he felt during the season. I can't figure that one out," Rivers said. "I mean, he'll ask me what I think, but that's a decision Paul's going to have to make. I think that players thinking about retirement have to come to that conclusion themselves, because it's so personal."