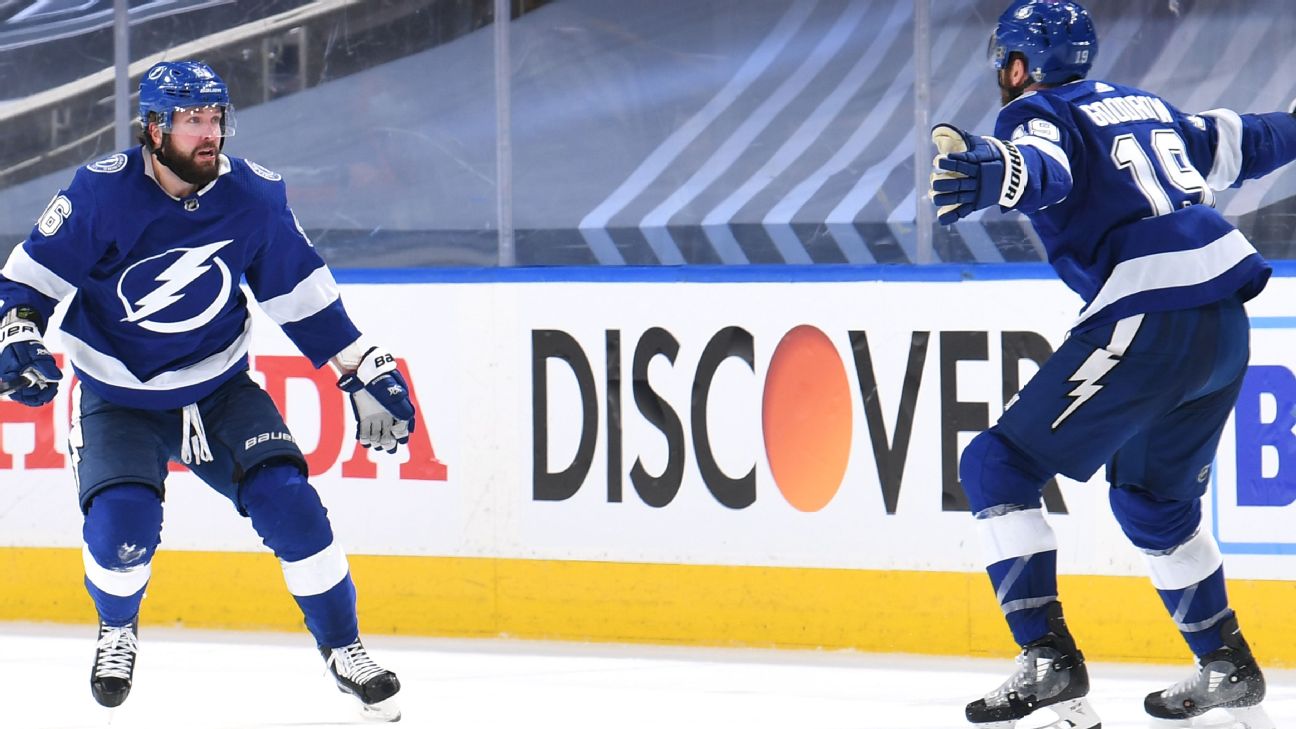 EDMONTON, Alberta -- Even though the Tampa Bay Lightning seem to possess some overtime magic in the playoffs, this was not the time for more hockey.

Losing leading scorer Brayden Point to injury and Alex Killorn to ejection after going into the game with just 11 forwards, the Lightning played much of Game 2 of the Eastern Conference finals with nine. Extra minutes would have taken a toll against a New York Islanders team that responded in a big way from a series-opening blowout.


Instead of going into overtime, Nikita Kucherov scored with 8.8 seconds left to break the tie and give Tampa Bay a 2-1 victory Wednesday night and a 2-0 series lead. The relief was visible on the bench, as coach Jon Cooper pumped his fist three times, and the Lightning are now two wins away from the Stanley Cup Final.

"Any goal is a good goal and a huge goal in the series, especially that one,'' said Kucherov, who scored the near-buzzer-beater off a pass from defenseman Ryan McDonagh. "We were short [at forward], and we tried to play disciplined defensively and we knew our chances were going to come. We just had to wait and we got rewarded, and definitely it was huge for us. We'll take it.''

Tampa Bay won thanks to some timely scoring, 27 saves fromAndrei Vasilevskiyand two big penalty kills. But the biggest question moving forward is the status of Point, who trails only Colorado's Nathan MacKinnon for the most points this postseason.

Point was injured going down awkwardly late in the first period, came back for two shifts in the second and then left the game for good.

"We all know the character of that kid and what a competitor and gamer he is,'' Cooper said. "So for him not to come back, I know it was tough on him and clearly it was tough on us as well.''

This was a much tougher game to win for Tampa Bay than its 8-2 romp over New York on Monday night.

Two nights after Point scored 1:14 in, Matt Martin did the honors 1:24 in to give the Islanders the lead. A broken play helped defenseman Nick Leddy get behind the net, and he fed Martin for his fifth goal of the playoffs on a rare play in which Vasilevskiy lost sight of the puck.


Six minutes in, Killorn hit New York's Brock Nelson into the glass from behind and was ejected and given a five-minute major penalty for boarding. The Lightning killed the entire Islanders power play.

After Nelson returned later, Barclay Goodrow cross-checked him in the back of the neck, a play that went uncalled. Coach Barry Trotz called it "a little bit of a target to the head.''

"Obviously, we didn't love [Killorn's] hit on him,'' Martin said. "The refs made the right call. And, yeah, we didn't like the cheap shot cross-check to his head, either. Unfortunately, it is what it is. They missed that one.''

Norris Trophy finalist defenseman Victor Hedman scored to tie it late in the first, and there were no goals throughout the second into the third. The Islanders got a lengthy power play that included 38 seconds of 5-on-3 time, but Tampa Bay's penalty kill stepped up again with McDonagh and Cedric Paquette in the box.

"Just a gutsy 5-on-3 there by the guys,'' McDonagh said. "You never want to put your team down, especially late in the game. Between Vasy and all the killers, it was definitely the difference in the game.'' 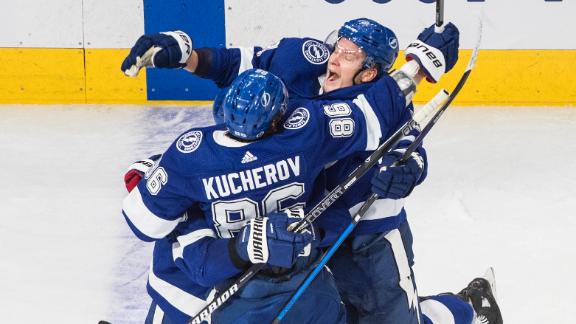