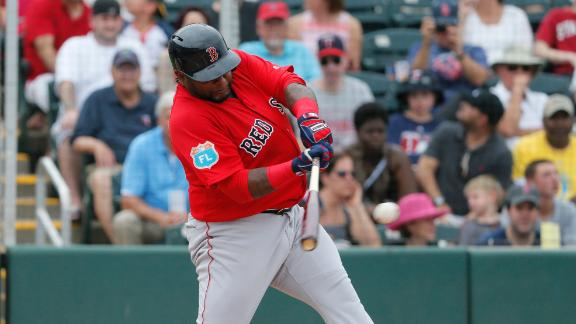 Since the beginning of spring training, Boston Red Sox manager John Farrell has pledged to determine playing time based on performance, not contract status.

On Thursday, he backed up his words with action.

"For right now to start the season, I feel this is the best for our team to go with this alignment," Farrell told reporters. "My focus is on the guys that are in uniform, not what's attached to them or what their contract states."

Sandoval endured the worst season of his career with the Red Sox last year and struggled throughout spring training. His defense in particular came under scrutiny after he committed four errors in his first 11 games. Farrell has suggested that Sandoval's longstanding issue with controlling his weight has limited his range and agility. Sandoval reported to spring training appearing almost as heavy as he was throughout last season.

Shaw, meanwhile, is due to make $515,000 this year after hitting 13 home runs in 226 at-bats as a rookie last season. Although he has played primarily first base in the big leagues, he was a third baseman in college at Kent State and played the position smoothly during spring training. But after a red-hot start at the plate, he entered Thursday's spring finale in a 1-for-19 funk.

"The more we exposed Travis to third base, the defense became really a decision factor," Farrell said. "In this case, you have to compare one-on-one. There's better overall range, and Pablo's well aware of this."

After back-to-back last-place finishes in the American League East, it's imperative for the Red Sox to have a good April, especially with seven of their first 13 games against the defending AL East champion Toronto Blue Jays. Farrell himself seems to be feeling pressure to get off to a good start. He's returning to the dugout after beating Stage 1 non-Hodgkin's lymphoma, and during his two-month absence late last season, the Red Sox went 28-20 under popular bench coach Torey Lovullo.

In addition to the Shaw-Sandoval decision, Farrell has relegated Rusney Castillo to fifth-outfielder status, even though he signed a seven-year, $72.5 million contract in August 2014. Super-utility man Brock Holt and veteran Chris Young will open the season as the primary pieces of a left-field platoon.

Sandoval expressed disappointment over Farrell's decision but also said he saw it coming. After missing six days recently with stiffness in his lower back, Sandoval played in a split-squad game Wednesday with a combination of reserve infielders, while Shaw played in a split-squad game with regulars Hanley Ramirez, Dustin Pedroia and Xander Bogaerts.

"It's the right decision to help the team win," said Sandoval, who has started at least 100 games at third base in seven consecutive seasons. "It's going to be difficult, but I have to be happy. [Shaw] has had a fantastic spring. I'll just focus on working hard."

It's worth noting the Red Sox were compelled to sign Sandoval largely because third baseman Will Middlebrooks flamed out after a promising start to his career. Interestingly, Shaw's numbers through 65 big-league games (.270/.327/.487, 13 home runs in 248 plate appearances) are remarkably similar to Middlebrooks' (.301/.331/.525, 13 home runs in 251 plate appearances). 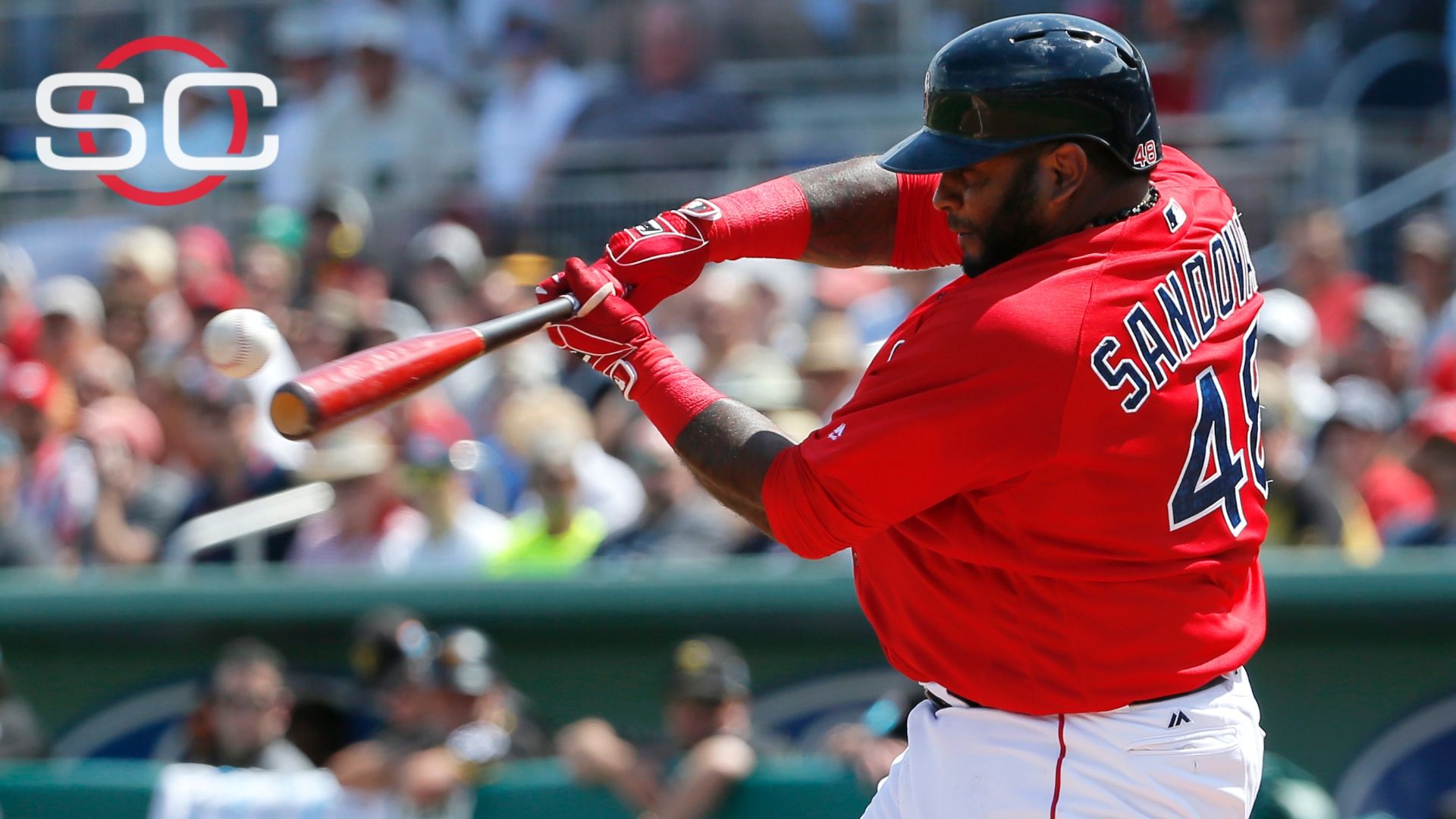 Gomez: New Red Sox administration not married to Sandoval
Pedro Gomez explains why the Red Sox decided to start the season with third baseman Pablo Sandoval on the bench in favor of Travis Shaw, as well as how Sandoval still needs to be ready to play in case Shaw struggles. 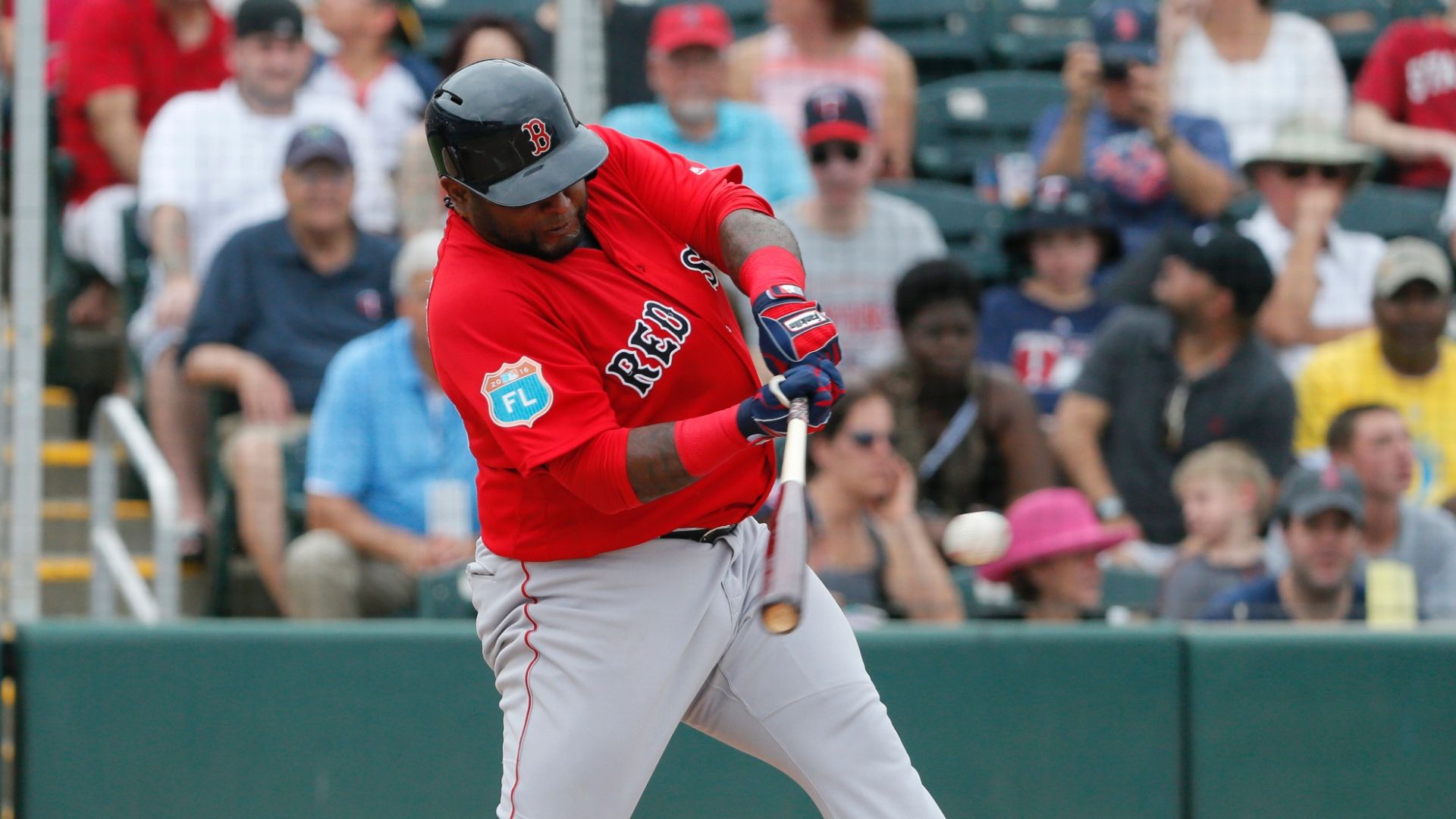