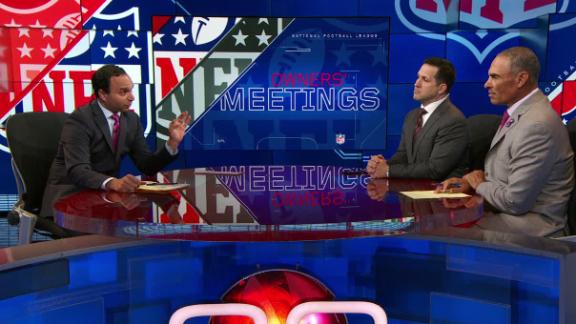 ESPN
The New England Patriots joined the latest "Deflategate" appeal to support Tom Brady on Wednesday, taking sides with their star quarterback in court for the first time in his fight against the NFL and commissioner Roger Goodell.

In an eight-page, friend-of-the-court brief filed with the 2nd U.S. Circuit Court of Appeals, the Patriots said they "stand to lose their All-Pro quarterback for 25 percent of the upcoming regular season based on a severely flawed process." They also raised the stakes in an effort to convince the entire circuit to overrule the 2-1 decision that reinstated Brady's four-game suspension last month.

"The impact of the majority opinion is not limited to professional football," the brief said. "It threatens to undermine vital principles governing arbitration of collective bargaining agreements throughout the national economy."

The Patriots have never wavered in their defense of Brady as he fights the penalty for being "at least generally aware" of a scheme to deflate footballs. But having failed to earn his exoneration with a public relations blitz or through backroom dealings with the league office, the team finally joined the court case that threatens to stretch into its third NFL season.

Though it's not surprising from a football perspective -- after all, Brady did lead New England to four Super Bowl titles -- the decision by Patriots owner Robert Kraft to take sides against Goodell is a further step toward the fracturing of his once-solid relationship with the commissioner.

Other owners have fought the league in court -- most famously theOakland Raiders' Al Davis -- but Kraft had been one of themost reliably loyal soldiers in the commissioner's camp. The Patriots have also maintained a website designed to point out the flaws in the league's case against Brady.

The NFL declined a request for comment in response to the filing.

Brady was suspended last May for four games for what Goodell said was an illegal scheme to use improperly inflated footballs in that January's AFC Championship Game, in which New England defeated the Indianapolis Colts 45-7 before going on to win the Super Bowl.

The suspension was overturned by a federal judge on the eve of the 2015 regular season, but a circuit court panel ruled 2-1 last month that Goodell was within the rights granted to him by the collective bargaining agreement.

Brady has appealed to the full 2nd Circuit for a rehearing -- called an "en banc" hearing -- and the Patriots' brief was in support of that appeal. Less than 1 percent of en banc appeals are granted; if Brady's request is rejected, his only chance of avoiding a suspension would be to appeal to the U.S. Supreme Court, where the chances of obtaining a hearing are even slimmer.

The Patriots were also penalized by Goodell: a $1 million fine and the loss of two draft picks. At the time, Kraft accepted the punishment, saying he was just one member of a group and had to consider what was best for the league.

But Kraft's attitude soured when Goodell, hearing Brady's appeal personally, refused to reduce the quarterback's penalty. A federal judge vacated the suspension, but he was overruled by the 2nd Circuit panel.

The document filed Wednesday repeated that the Patriots "strongly believe" nobody tampered with footballs during the AFC title game. The team said the 2nd Circuit panel "endorsed the outcome of a highly manipulated and fundamentally unfair process designed and used by the Commissioner to reach and justify a predetermined outcome."

"It renders meaningless the vital protections afforded by a bargained-for right to appeal and to obtain and present pertinent evidence," the team argued. "Its impacts will be felt far beyond the NFL." 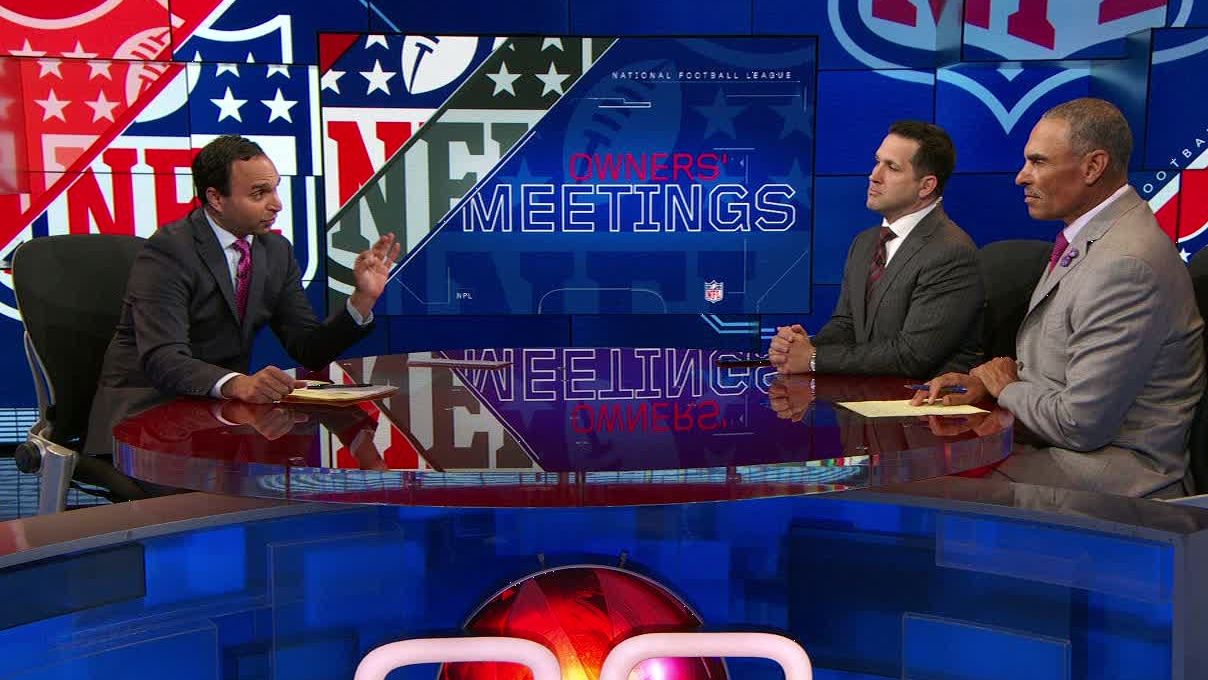