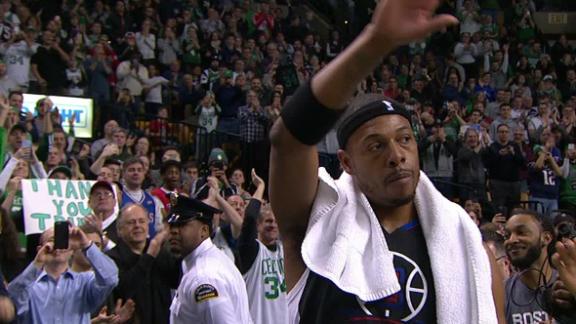 BOSTON -- Paul Pierce was back in the starting lineup against his former team on Sunday as LA Clippers coach Doc Rivers gave him a chance to say farewell to Celtics fans.

Pierce, 39, hadn't played since Dec. 31 and has appeared in just 12 games this season for the Clippers. The forward played the first 15 years of his career with the Celtics and is the franchise's second-leading scorer behind John Havlicek.

Pierce scored the Clippers' final points and his only points of Sunday's game when he hit a 3-pointer with 11 seconds remaining, to the delight of fans in attendance. The Celtics defeated the Clippers 107-102 behindIsaiah Thomas' game-high 28 points.

Pierce arrived at TD Garden in New England Patriots gear. Boston.com was among the media outlets to tweet a photo of his pregame attire.

Rivers said it was important for Pierce to start Sunday's game, and his teammates agreed.

"I went to the team first and asked, and they looked at me like, 'What a dumb question.' But I thought it was the appropriate question for them," Rivers said. "They wanted him to start, which I thought was great. Then I went to Paul and he was actually hesitant about it. He wasn't sure if he should. Then he said, 'OK.' Then we made him practice yesterday, which is tough for him."

Pierce, who has said he will retire after the season,had played only once since Christmas Day but appreciated the opportunity to start in Boston.

"It's feels great. You know, I'm glad Doc was able to get me out there one last time, knowing that this would be my last game as a player in the Boston Garden," Pierce said. "So it's an honor. You know, [18] years ago today was my first game as a starter, and I'm ending that off in 2017 as a starter in the Boston Garden, ending my career, last game here on the same day, which is pretty ironic.

"But my whole career, the way I got here, and how everything ended up, is pretty ironic, too. Being a Laker fan, beating the Lakers in the Finals, ending up the 10th pick, you know things just happen for a reason."

Pierce got a big cheer when he came out for pregame warm-ups. The crowd was filled with fans wearing his No. 34 jersey -- even more than those wearing Patriots jerseys on Super Bowl Sunday.

Pierce played the first five scoreless minutes, missing his only attempt, to start the game. During the game's first timeout, a tribute video ran recapping his time in Boston.

An emotional Pierce couldn't fight back tears as the Garden gave him a standing ovation. A "Thank you, Paul!" chant continued as play resumed on the court.

ESPN's Chris Forsberg and The Associated Press contributed to this report. 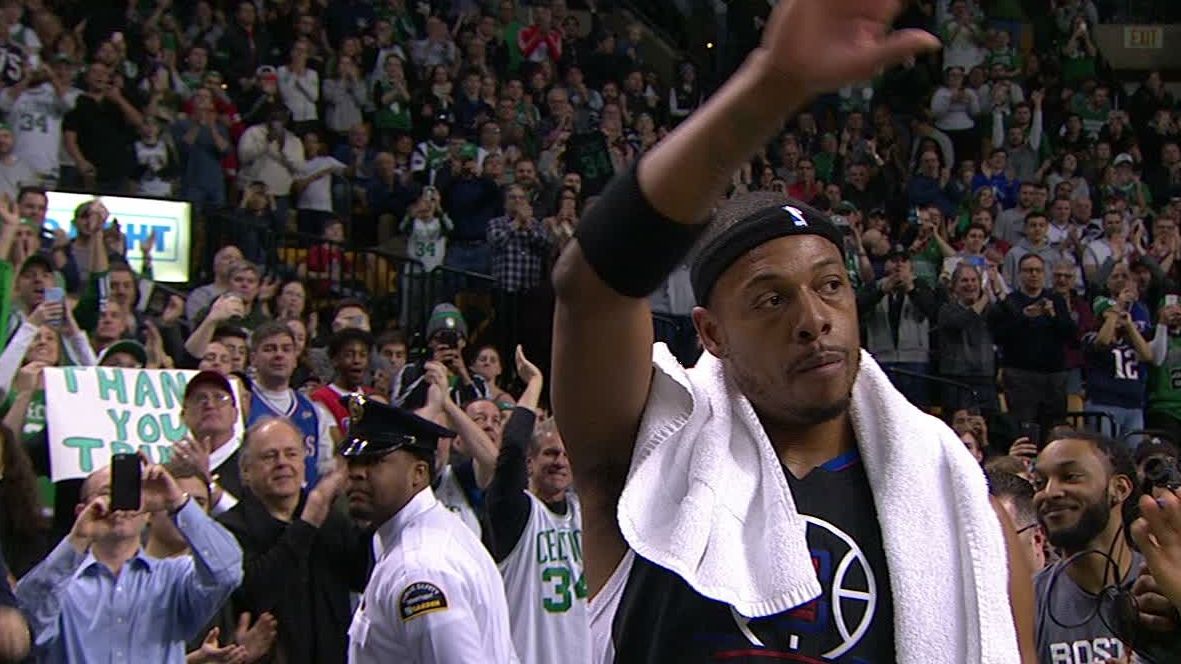 TD Garden comes to its feet to pay tribute to Pierce
During a timeout in the Clippers-Celtics game, the TD Garden crowd rises as one to give Paul Pierce a standing ovation. 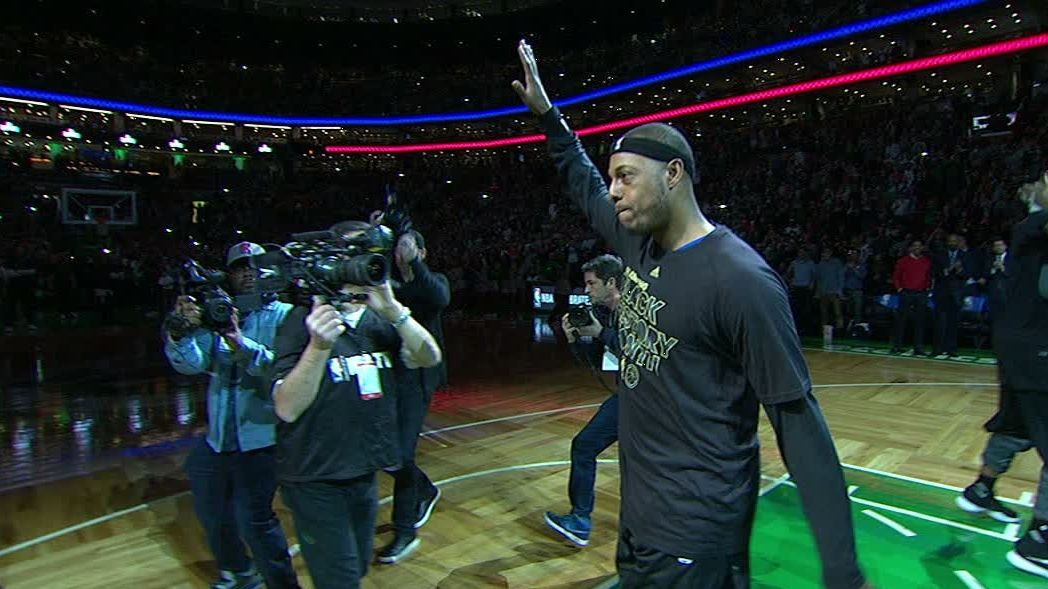