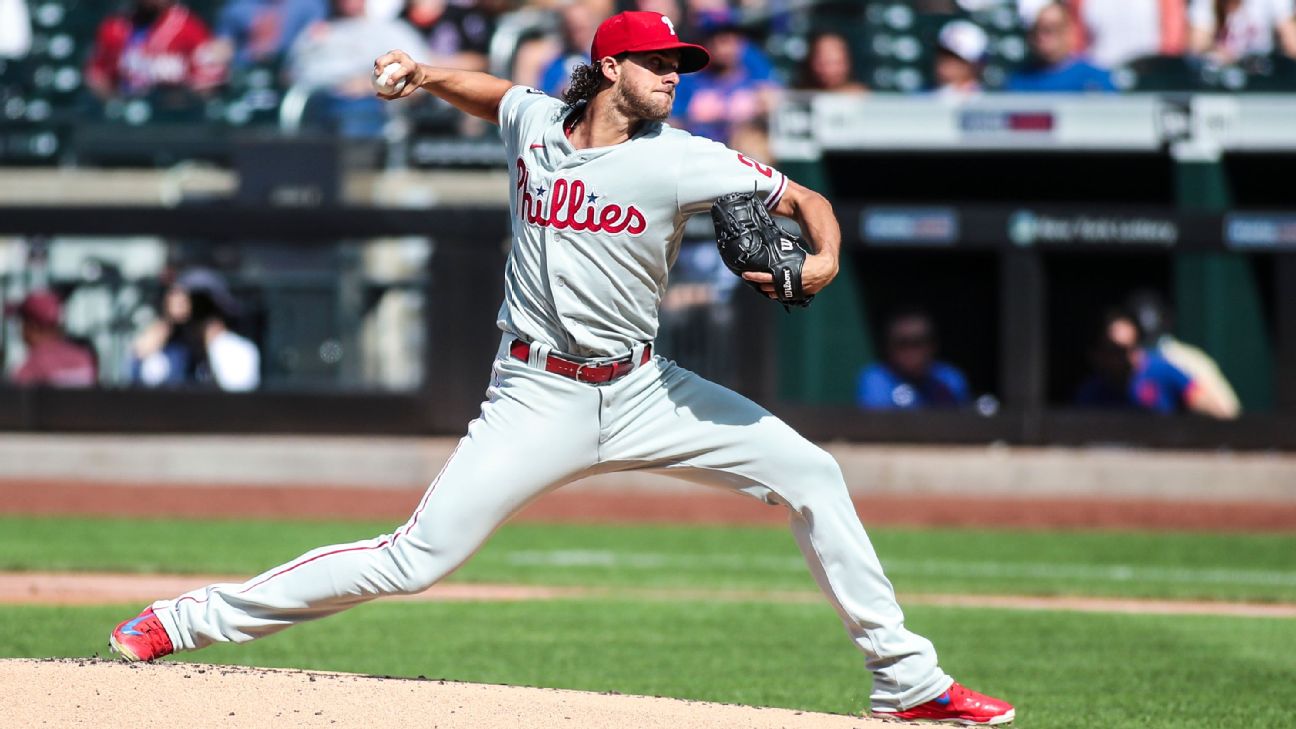 Hall of Famer Tom Seaver fanned his final 10 hitters for the Mets in a 2-1 victory over the San Diego Padres at Shea Stadium on April 22, 1970.


That mark for consecutive strikeouts held for 51 years until Nola whiffed Michael Conforto leading off the fourth inning in the first game of a doubleheader at Citi Field, which replaced Shea Stadium as the Mets' home in 2009 on the same site in Queens.

"That's pretty cool, being in a category with Tom," Nola said afterward.

Featuring a nasty knuckle curve, Nola started and ended his streak with punchouts of Conforto, who came off the injured list Wednesday. With the late-afternoon crowd chanting his name, Pete Alonso halted the astounding run of K's when he reached across the plate to poke a 1-2 slider inside the right-field line for a line-drive double.

Nola said he wasn't aware he had a shot at breaking Seaver's record until Alonso's at-bat.

"When Alonso was up I kind of knew because they were chanting, 'Let's go Pete,' so I knew something was going on," he said.


Nola got off to an inauspicious start. He hit leadoff batter Jeff McNeil with a curveball in the first inning and then gave up a double to Francisco Lindor that left runners at second and third.

The right-hander struck out Conforto, Alonso and Dominic Smith in succession to keep New York off the scoreboard -- and didn't slow down. James McCann, Kevin Pillar and Luis Guillorme went down in the second, then pitcher Taijuan Walker, McNeil and Lindor in the third.

Seven of the strikeouts during Nola's string were swinging. He caught Smith, McCann and Walker looking.

Nola also singled off the left-field wall for Philadelphia's first baserunner in the third and laced an RBI double to deep right-center off Walker with two outs in the fifth to deliver the first run of the game. 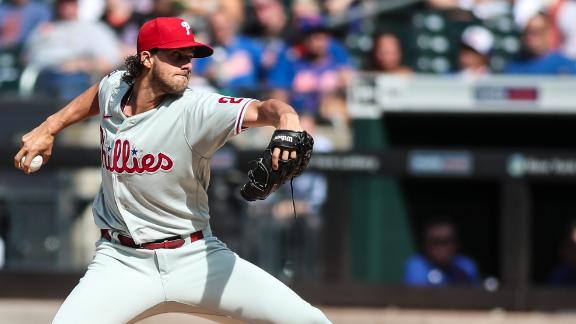