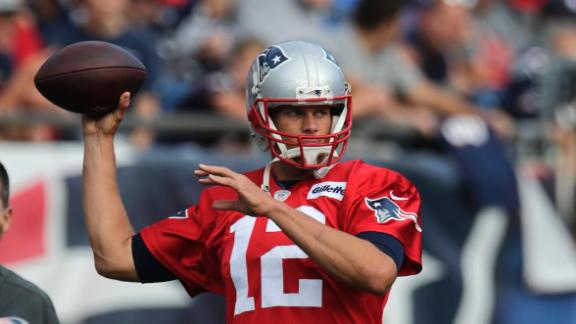 The NFL's Deflategate investigation can lead to a dichotomy of truths.

A reasonable person could conclude that someone, somewhere, somehow connected to the New England Patriots did something to reduce the air pressure in footballs used during the AFC Championship Game. That same person might also consider the act to fall well short of a scandal and, in fact, might not even make the Patriots "cheaters" in a traditional sense.

ESPN's NFL Nation reporters and ESPN The Magazine contributors polled more than 100 players (not every player answered every question) and found a similarly sensible consensus. While 72 percent of respondents believe the Patriots were responsible for lowering air pressure of the footballs, only 16 percent said they were "upset" by it and 68 percent said they think other teams do the same thing. Sixty percent said the Patriots aren't "cheaters."

Quarterback Tom Brady's four-game suspension is too long, according to nearly 80 percent of the players. So it's no surprise that 88 percent said league discipline should not be determined solely by commissioner Roger Goodell.

Deflategate landed in federal court largely because the NFL, Brady and the Patriots couldn't agree on how serious it was.

Brady, with the backing of the NFL Players Association, is appearing at a Southern District of New York court Wednesday, opposite NFL commissioner Roger Goodell and the league in a status/settlement conference before Judge Richard M. Berman. The hearing began at 11 a.m. ET and is part of an expedited process that seeks to have the legal matter resolved by Sept. 4.

A nearly $5 million investigation, the introduction of climate science and a public tirade by Patriots owner Bob Kraft only added to the confusion. Those with a bit of distance -- i.e., NFL players from other teams -- appear to see it as a wild overreaction, even if every bit of it is true.

Here are the complete results of the 13-question survey: