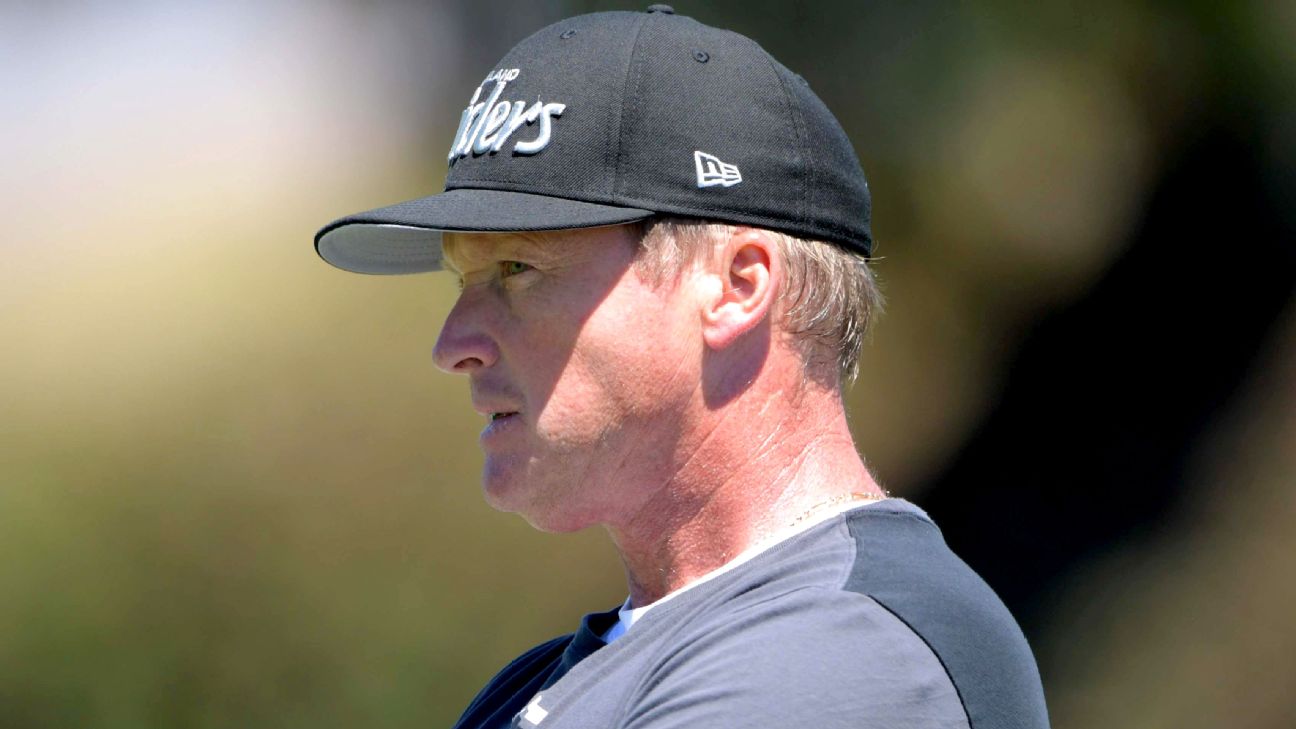 ALAMEDA, Calif. -- Christian Hackenberg's release from the Oakland Raiders just three weeks after the team acquired him was more an indictment of the NFL system than it was of the third-year quarterback, coach Jon Gruden said Thursday.

"Everybody is an expert out there on Hackenberg and thinks he can't play," Gruden said as the Raiders wrapped up a three-day mandatory minicamp. "It's unfortunate, this whole collective [bargaining agreement]. How do you develop a quarterback? I don't know how you do it."

The 2011 labor agreement brought reductions to the frequency and intensity of offseason practices. Gruden, five months into his second stint as the Raiders' head coach after nine seasons away from coaching, has been a frequent critic of the work restrictions.

"[Hackenberg] has been working on changing his stroke, his passing motion, and I think he did that," Gruden said. "We just didn't have enough reps to take a good look at him. Since we were further along the road with some of our other guys, we didn't have the space."

The Raiders had acquired Hackenberg from the New York Jets last month for a conditional 2019 seventh-round draft choice. They released him to help make room on the roster for newly signed defensive linemen Frostee Rucker and Ahtyba Rubin. They needed help on their defensive line more than they needed -- or could use -- a fourth quarterback behind Derek Carr, Connor Cook and E.J. Manuel.

"It is hard enough to get Connor Cook enough reps, let alone a fourth guy," Gruden said. "It really depresses me how we can't spend more time with these young quarterbacks, and it is really going to be an impactful situation on the NFL in the future."

Hackenberg, a 2016 second-round choice of the Jets who has yet to attempt a pass in a regular-season game, was in Foxboro on Thursday visiting with the New England Patriots, league sources told ESPN's Field Yates.