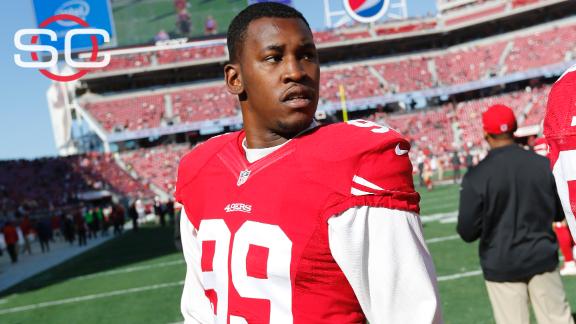 But Del Rio made it clear the Raiders are comfortable with the risk.

"We're very thorough in what we do and how we do it, so we feel very confident about the addition and about our football team going forward," Del Rio said.

A source told ESPN's Field Yates that Smith's one-year deal contains a $1.25 million base salary. He can earn a $250,000 per-game roster bonus and another $2.75 million if he has at least 10 sacks. Including all of the incentives, Smith can earn up to $8 million.

The pass rush-needy Raiders signed the former San Francisco 49ers' star linebacker on the same day he was charged with three misdemeanors.

According to the Santa Clara district attorney's office, Smith was charged with: DUI with a prior conviction and refusal to submit a chemical test, hit-and-run with property damage and vandalism with damage under $400. He is set to be arraigned Oct. 6. The maximum penalty is two years and six months in county jail if he is convicted of all three charges.

Smith practiced with the team Friday, wearing No. 99. Despite his off-field issues, Smith will be eligible to play Sunday against the Cincinnati Bengals, which the Raiders will consider depending on his conditioning, league sources told ESPN's Adam Schefter.

Later, ESPN's Ed Werder reported that after seeing Smith practice, the Raiders say they think he will be ready to face visiting Cincinnati. Del Rio said after practice that decision hasn't been made yet but said of Smith: "looks like the guy has been working."

The 49ers released Smith on Aug. 7 after he was arrested the night before on hit-and-run, DUI and vandalism charges. It was his fifth arrest since 2012.

Smith could be subject to severe NFL discipline in the future, pending the judicial outcome of that incident. The expectation around the NFL is that Smith will be suspended again at some point this season, but he is eligible to play until a suspension is announced.

While the addition seemingly developed quickly, Del Rio reiterated that the Raiders had a plan.

"I would just say that from an organizational standpoint, we're constantly looking for opportunities to improve our roster," Del Rio said. "We're very thorough in terms of the work that goes into acquiring players, selecting players and all of that. This was no different in that regard."

Oakland veteran defensive end Justin Tuck shares an agent with Smith, and they work out together in the offseason. Tuck told reporters that Raiders players will "love Smith like a brother."

Smith, 25, also spent a month in treatment during the 2013 season. He was suspended for nine games last season.

"We are confident that the Raiders provide an environment where Aldon can thrive through the support, structure and leadership within the building," general manager Reggie McKenzie said in a statement. "We are excited to have Aldon here in the Raiders family."

While signing Smith is murky, there are plenty of football reasons for Oakland to sign him. The Raiders had just 22 sacks last season, tied for the second fewest in the NFL. Smith has 44 sacks in 50 regular-season NFL games.

Smith will team with second-year player Khalil Mack to assemble a promising pass-rushing duo, assuming Smith will be eligible to play a significant portion of the season for Oakland.

"What we'll ask him to bring every day is the same thing we ask of anyone else here," Del Rio said of Smith. "Come in every day full of energy, ready to work. Have a great attitude, be a great teammate, and find your role. And that's for every member of our football team. We ask the same of everybody." 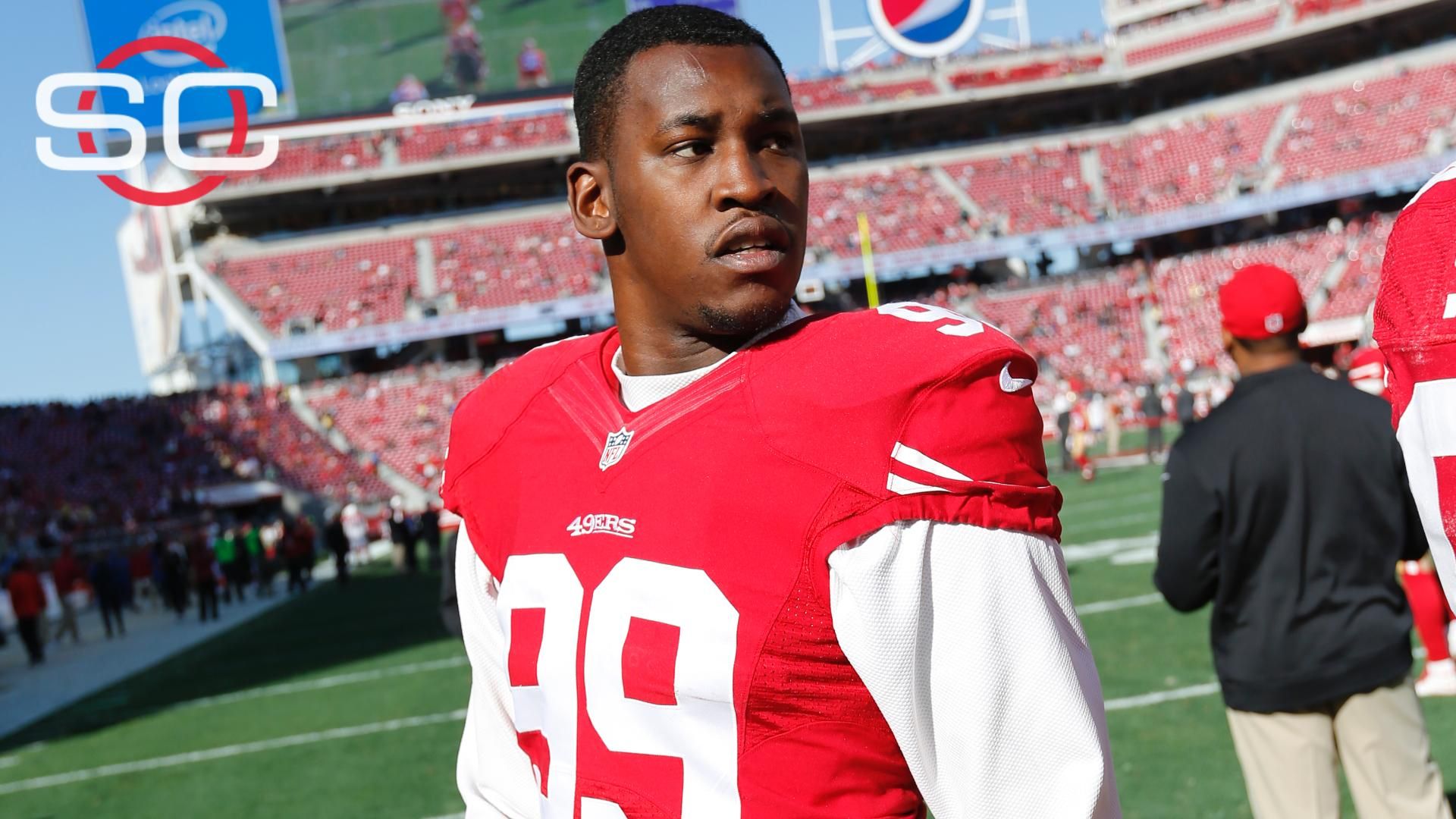