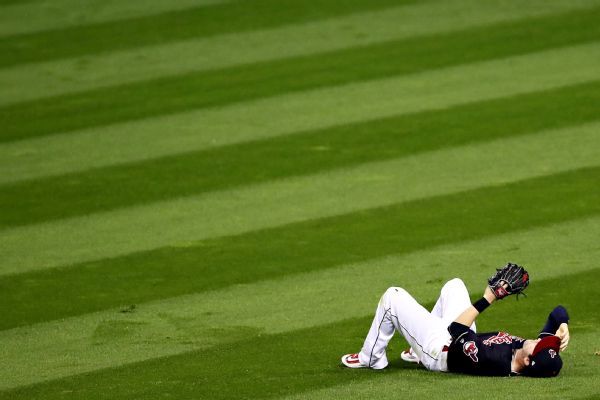 ESPN
The Cleveland Indians are tweaking their outfield for Game 7 of the World Series after a costly mistake by rookie center fielder Tyler Naquin in Game 6.

Naquin, who let a fly ball turn into a two-run double in the first inning of the loss Tuesday night, is out and Rajai Davis is back in for Cleveland.

Carlos Santana will lead off for the Indians, followed by Jason Kipnis, Francisco Lindor, Mike Napoli and Jose Ramirez.

Indians manager Terry Francona said he feels Naquin is "pressing a little bit. During the regular season you might kind of let him get through it, but with one game left and with [Corey] Kluber pitching, we're trying to put a premium on catching the ball.'

"You can tell he's pressing,'' Francona said of Naquin, who is batting .143 in the Series. "It's not punishment. It's trying to win.''

The Chicago Cubs, meanwhile, are sticking with what works in Game 7.

They will use the same lineup that torched Cleveland for nine runs in Game 6. Dexter Fowler will lead off against Indians ace Kluber, followed by Kyle Schwarber, Kris Bryant and Anthony Rizzo.

Ben Zobrist, who is hitting .391 in the series, will hit fifth.

The Cubs have managed just one run off Kluber in his two starts in the Series, victories by the Indians in Games 1 and 4. 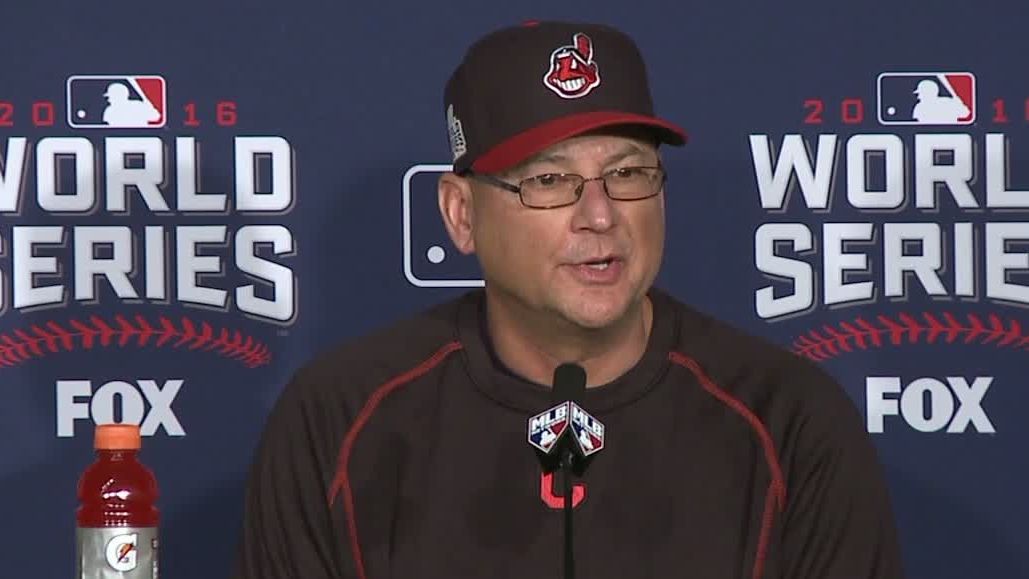