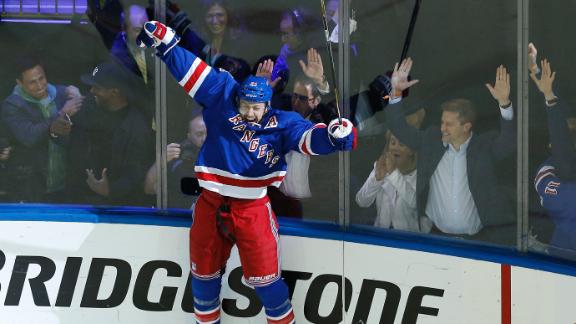 Orpik leveled Boyle midway through the third period, and the veteran blueliner struggled when he returned to his feet. After staggering and falling to the ice, he was helped off to the dressing room by Rangers head athletic trainer Jim Ramsay.

"He seemed fine when I saw him [after the game]," Rangers coach Alain Vigneault said when asked by reporters about Boyle's status. "We'll know more tomorrow."

The replay of the hit was shown several times on the JumboTron, to the jeers of the New York crowd, but Orpik was not penalized on the play.

Vigneault said he could not offer an opinion on the hit because he hadn't seen a replay of it.