Real or not? The Brewers need to trade for Jacob deGrom 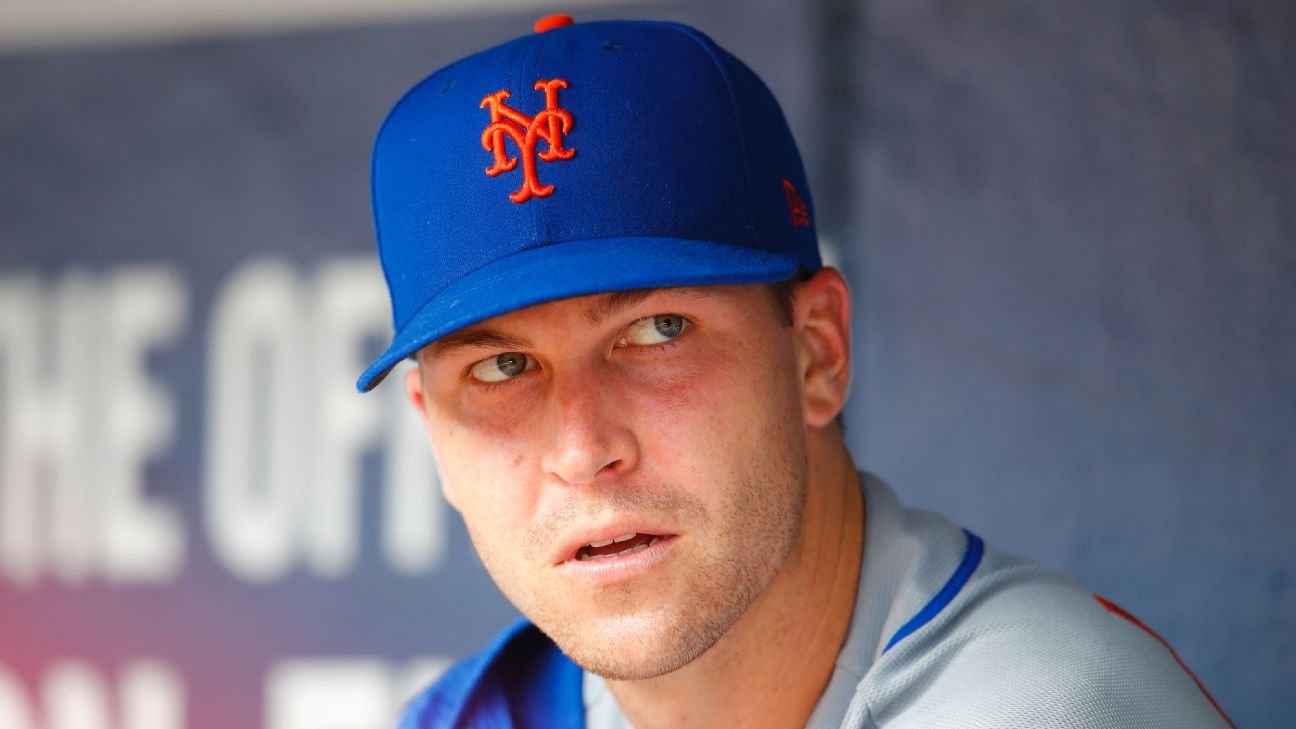 The Milwaukee Brewers should go all-in and trade for Jacob deGrom.

The Brewers have made the playoffs four times in their history. It's interesting to note that in each of those years, they made a big trade for a pitcher:

In 2011, they acquired Zack Greinke before the season for Lorenzo Cain, Alcides Escobar, Jake Odorizzi and Jeremy Jeffress. Greinke went 16-6 as the Brewers won 96 games and the NL Central.

In 2008, they acquired CC Sabathia on July 7. He went 11-2 with a 1.65 ERA in 17 starts, threw seven complete games and memorably carried the Brewers to the wild card by starting three times on three days' rest the final nine days of the season.

In 1982, they acquired Don Sutton on Aug. 30 and he went 4-1 in seven starts, including beating the Orioles on the final day of the season as the Brewers won the AL East by one game over Baltimore.

In 1981, they acquired Rollie Fingers in the offseason, and he went on to win Cy Young and MVP honors as the team's closer.

In those rare seasons when the Brewers have chased a playoff spot, seizing the moment has been their defining characteristic. The Brewers lead the Cubs in the NL Central. The Cubs are still the division favorites, but the Brewers are a good team. They have a dominant bullpen led by the unhittable Josh Hader. The lineup has a couple of holes and is only middle of the pack in the NL, but the Brewers lead the majors in defensive runs saved. The rotation is solid but unspectacular, ranking 13th in the majors in ERA. What the rotation needs is an ace. It needs Jacob deGrom.

The Mets' season is over. They're 13 games under .500, and their lineup on Tuesday included an LOL defense of Jose Reyes at short, Asdrubal Cabrera at second, Dominic Smith in left and Jose Bautista in right. It isn't certain that the Mets should trade deGrom, let alone that they will, especially given that he's under team control through 2020. The announcement Tuesday that GM Sandy Alderson is taking a leave of absence for cancer treatment and that his tenure as GM is probably over only complicates the direction of the club.

Do the Brewers have the young talent to acquire deGrom? It probably would take a package that exceeds even what they gave up for Greinke, who had two seasons of team control. Their top prospect is bat-first second baseman Keston Hiura, who is hitting .331/.389/.537 in the minors, including .358 in 21 games at Double-A. Corbin Burnes is the team's top pitching prospect, and he has a 4.93 ERA at Triple-A Colorado Springs, with more K's than innings, and I'd look at that more than a high ERA at Colorado Springs.

You start with those two. The Brewers have a glut of outfielders. Domingo Santana hit 30 home runs last year and has been sent back to Triple-A to find his stroke and get some playing time. The Mets have their own glut of outfielders, but you can sort all that out later. Maybe you throw in Freddy Peralta, the undersized right-hander with the big numbers at Triple-A and a couple of impressive outings in the majors, including seven scoreless innings with 10 strikeouts and one hit on Tuesday against the Royals (though he probably faced better lineups at Colorado Springs). Is that enough? Hiura, Burnes, Santana and Peralta for deGrom? Maybe you get the Mets to include Cabrera, who would provide an offensive upgrade at second base.

The Cubs are vulnerable. The Brewers can win this thing. It isn't likely that they can ever sign an ace, since they'll lose every bidding war. They have to trade for one.

Super Severino: How good is Luis Severino? He locked down the Phillies with nine strikeouts in seven scoreless innings as the Yankees beat up on Jake Arrieta in a 6-0 win. It was Severino's fifth scoreless outing of 2018, as he improved to 12-2 with a 2.10 ERA. He had some of his best stuff of the season:

It's amazing how far Severino has come from 2016, when he went 0-8 in 11 starts with an 8.50 ERA and many people forecast that his future was going to be in the bullpen. Instead, he cleaned up his mechanics so he wasn't falling off the mound as much, improved his fastball command and improved his changeup to make him a three-pitch guy instead of just fastball/slider.

Of course, it helps when you throw 100 mph. As Douglas Clawson of ESPN Stats & Information points out, Severino has thrown 527 pitches at 98 mph or faster. Second most is Noah Syndergaard with 285. Meanwhile ...the Phillies lost four of Arrieta's five starts in June as he struggled to miss bats:

Arrieta was sort of right when he complained about the Phillies' shifting a couple of weeks ago, but the bigger issue is not the shifting but that the Phillies are a bad defensive team. Heading into Tuesday, they ranked 29th in the majors with minus-57 defensive runs saved. The biggest culprit, not surprisingly, is converted first baseman Rhys Hoskins at minus-11 in left field. Third baseman Maikel Franco and shortstop Scott Kingery also have poor metrics, at minus-7 and minus-6.

Arrieta, however, is also allowing a lot more balls in play than he did during his peak with the Cubs. His strikeout rate of 16.8 percent ranks 81st of 89 qualified starters and continues a trend in the wrong direction:

Maybe the Phillies need to trade for deGrom.

Catch of the day: Jake Marisnick with one of the best of the season as the Astros blanked the Blue Jays 7-0 behind Charlie Morton's 13-strikeout gem:

Manny Machado can't wait to get out of Baltimore: The Mariners beat the Orioles 3-2, but the key play came in the sixth inning when the score was tied 1-1 and the O's had loaded the bases against James Paxton with no outs and Machado up. Paxton got Machado to hit into a double play, and though a run scored, the big inning was avoided, and the Mariners scored twice in the seventh.

Machado barely ran on the play and got booed by the home fans. Look, he wasn't going to beat the play, though you never know -- maybe the ball is bobbled or the shortstop makes a bad throw if you run a little harder. You have to at least fake it and run 50 percent; Machado gave it about a 10 percent effort. It's a small thing and ultimately pretty meaningless in the big scheme, but this is the kind of thing teams notice when deciding if they want to give a guy $300 million. Is he a great player? Is he a leader? Is he a good example for young players?

The Royals are unmentionably awful right now: The Royals did score one run in that loss to the Brewers on Adalberto Mondesi's first career home run, but their offensive woes this month have been painful:

Carpenter rakes to ignite Cardinals' rout of an ace: You would not expect to go 5-for-5 with two home runs in a gameCorey Kluber starts, but that's what Matt Carpenter did for the Cardinals in an 11-2 victory in which they knocked out Kluber in the second inning. One of those homers did come off Kluber.