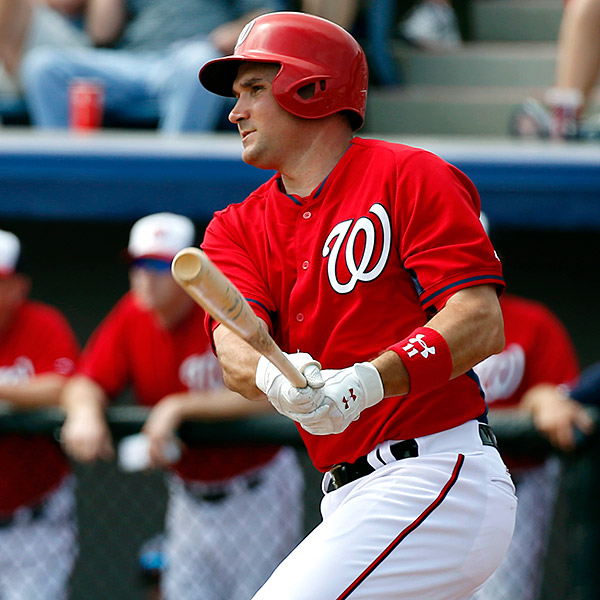 WASHINGTON -- Add Ryan Zimmerman to the list of walking wounded for the Washington Nationals.

Following Friday's 4-2 loss to the New York Mets, manager Dusty Baker revealed that Zimmerman, who sat out the game, injured his shoulder sliding headfirst into home plate in the 11th inning of Washington's Thursday night win over the Houston Astros.

"I think he hurt his arm or shoulder. Really couldn't swing," said Baker. "I don't anticipate he'll be much better tomorrow, but hopefully on Sunday."

Zimmerman's health has been a key for the first-place Nats, who entered Friday with a commanding 13.5-game lead over the Marlins in the NL East. The 32-year-old first baseman, who's been plagued by injuries the past few years, is hitting .300 with 29 home runs and 86 RBIs and was named an All-Star for the second time in his career. Batting primarily cleanup, he already has appeared in 115 games, which is tied for the most games he has played since the 2013 season.

Washington is already without several starters. Shortstop Trea Turner (wrist) and left fielder Jayson Werth (foot) have both been out since June and are currently on rehab assignments. Right fielder Bryce Harper is on the disabled list with a bone bruise after suffering a gruesome-looking knee injury earlier this month. Center fielder Adam Eaton was lost for the season in April after hurting his knee. Ace Max Scherzer (neck) is also currently on the DL.