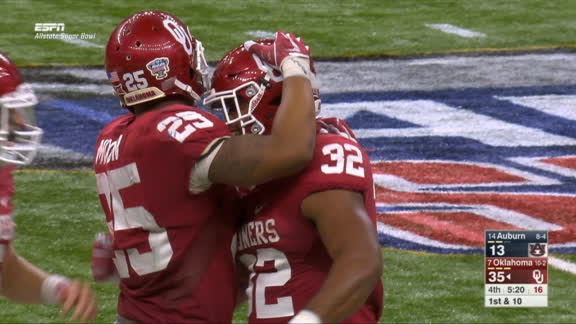 "To be the all-time leading rusher at a place like Oklahoma, when you look at the lineage through the decades, is really something special," Stoops said. "The entire team took a lot of pride in that."

Asked postgame about the accomplishment, Perine said: "It really hasn't hit me yet; don't know exactly when it will. I'm just happy we get the win in the fashion we did, ready to celebrate with my team."

Quarterback Baker Mayfield said that before the late drive in which Perine set the mark, he had asked for an update on where the record stood.

"He was 30 yards away," Mayfield said. "I told the offensive line, so they kind of geared up. I told them, 'We still gotta finish it out the right way, but it's just some extra motivation for you.'

"The record means a lot, so the whole drive down the field, I was kind of doing the math in my head, and he made that last long run, and it was just enough, and I went and hugged him."

Perine had said late last week that he had not yet determined whether he will return to Oklahoma for his senior season.

His 239 yards on 37 carries in the Sooners' victory over Oklahoma State to clinch the Big 12 title propelled him to within reach of the top spot.

Perine made a name for himself in 2014 when he rushed for 1,713 yards his freshman year, fifth-best in school history, and 21 touchdowns. He ran for a Football Bowl Subdivision-record 427 yards against Kansas that season, a record that still stands. As a sophomore, he added 1,349 yards and 16 touchdowns.

He finished this season with 1,060 yards and 12 touchdowns despite missing two games and much of a third with a leg injury. 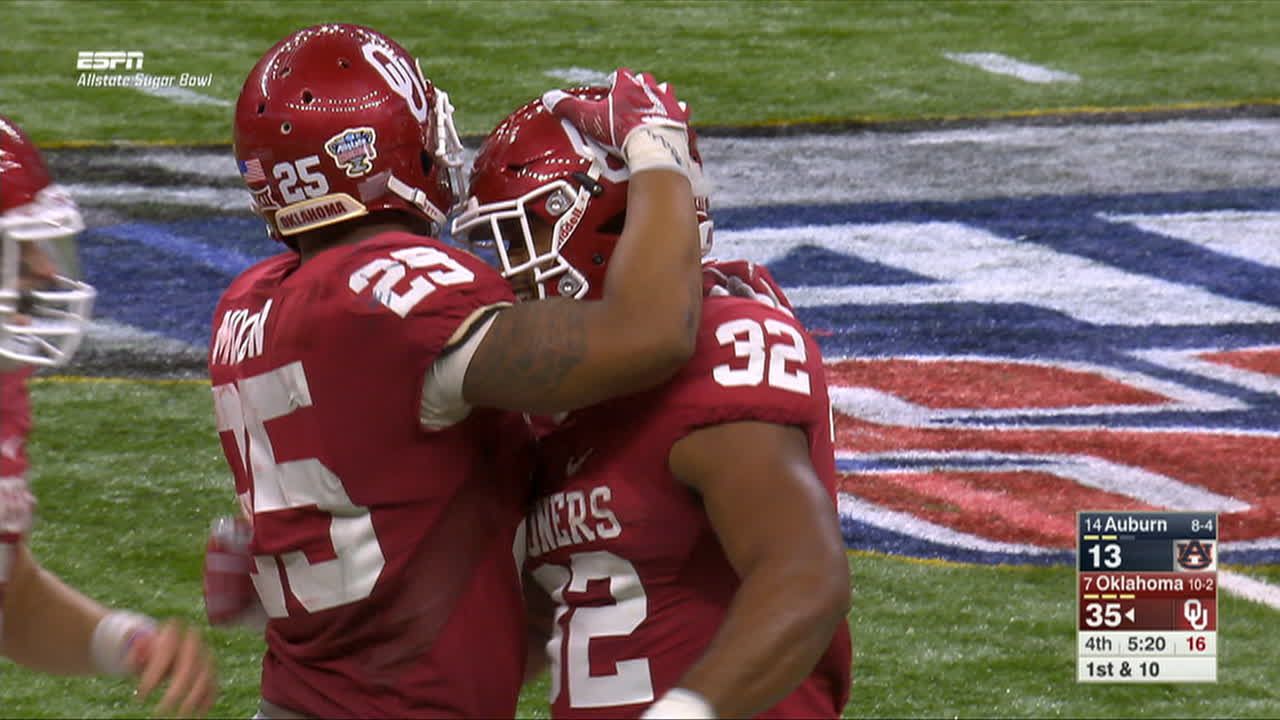