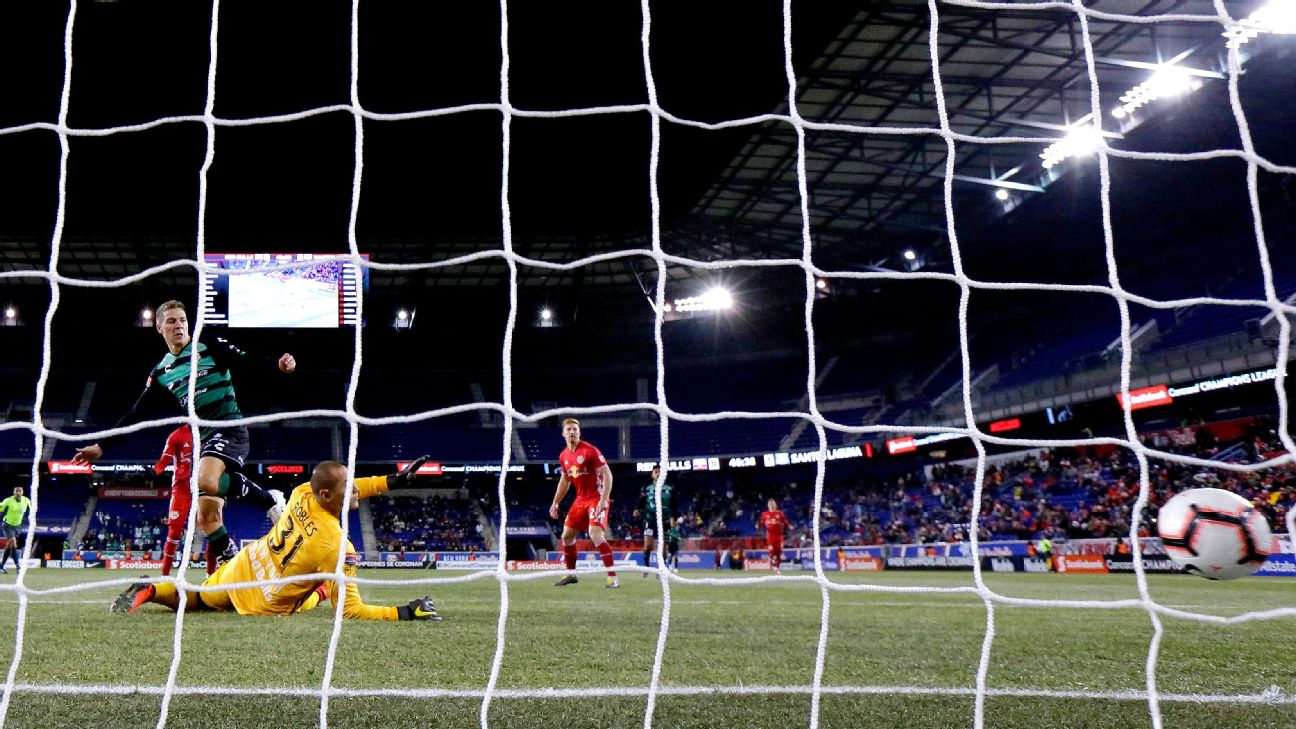 Goals shortly before and after halftime lifted Mexico's on Tuesday in Harrison, New Jersey, in the first leg of their CONCACAF Champions League quarterfinal.

The second leg of the aggregate-goals series will be played March 12 at Torreon, Mexico.

Diego Valdes put Santos on top when he scored in the 42nd minute off an assist from Julio Furch, pounding a shot to the lower left corner from the top of the box. In the 48th minute, Furch doubled the lead from short range after a slick Santos passing sequence.

In the late CONCACAF Champions League game Tuesday night, Enner Valencia and Luis Quinones each had a goal and an assist in the second half at Houston as Mexican side .

In the 78th minute, Valencia chipped a pass over a defender's head to Quinones, who immediately returned the ball to Valencia on a give-and-go that resulted in a 7-yard goal.

Three minutes later, Valencia's long diagonal pass for Quinones just outside the box resulted in a perfect first touch by Quinones, allowing him to get wide of the lone defender and hammer home an 18-yard shot.