Should Eli Manning make the Hall of Fame? NFL experts cast their votes 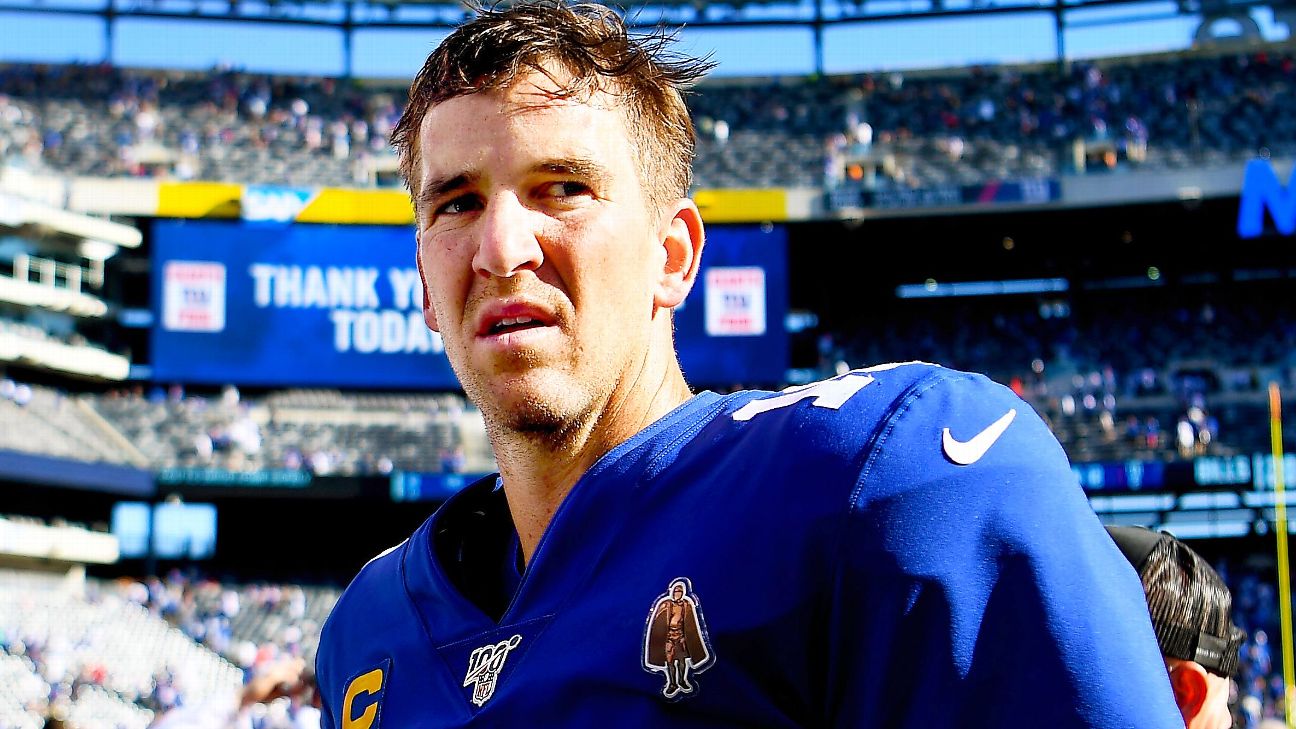 ESPN
By ESPN NFL Experts
The New York Giants announced on Tuesday morning that quarterback Eli Manning will be benched for Daniel Jones in Week 3, likely ending the two-time Super Bowl champion and MVP's run as the starter in East Rutherford.

Manning is one of only five players to win multiple Super Bowl MVPs, joining Tom Brady, Joe Montana, Bart Starr and Terry Bradshaw -- all of whom are in the Hall of Fame. But Manning also joins Jim Plunkett, Doug Williams and Joe Namath as the only Super Bowl champion quarterbacks without a winning record as a starting QB (116-116). The 2004 first overall draft pick also went one-and-done in the playoffs four times and missed them entirely nine times.

As we look back on his 16 seasons, we asked our NFL experts whether they believe Manning should be bound for Canton as a future Hall of Famer.

Should Eli Manning make the Pro Football Hall of Fame?

Matt Bowen, NFL writer: Yes. Manning's résumé gets cloudy when taking into account his career numbers and recent run of subpar play. He has two Super Bowl MVPs, however, and delivered on the game's biggest stage to help bring multiple championships to New York. And, ultimately, we judge pro quarterbacks on their ability to lead teams in postseason play. Manning checks those boxes.

Mike Clay, fantasy football writer: No. Manning flashed at times throughout his lengthy career, but a 116-116 record with 362 touchdowns and 241 interceptions simply doesn't cut it. He never led the league in passing yards or touchdowns, but he did lead the league in interceptions three times. And he didn't offset underwhelming passing efficiency (career 60.3% completion rate, 7.0 yards per attempt) with rushing prowess (568 career rushing yards). Is all of that offset by a pair of strong playoff performances that helped New York win two Super Bowl rings? I don't think so. Manning had a good career in New York, but the Hall of Fame is reserved for the best quarterbacks of all time -- he simply doesn't stack up.

Jeremy Fowler, national NFL writer: Yes. His stats say no -- he's a .500 quarterback in the regular season with a career 84.1 passer rating -- but the list of multi-time Super Bowl winners at the position is tight. We're talking 12 guys. Each one should be in the Hall. And Manning did so with incredible flair. Who else can say they twice unseated New England on the biggest stage?

Dan Graziano, national NFL writer: Yes, of course. Think about it from the perspective of a football fan 30 to 40 years from now, looking back over the history of the league and seeing there was a quarterback who didn't miss a game due to injury for a 15-year stretch and during that stretch won the Super Bowl twice, both times against Tom Brady's Patriots, once when those Patriots came into the game 18-0. Your grandchildren are finding out about this player and asking you, "How come this guy isn't in the Hall of Fame?" And then you watch their eyes glaze over as you explain about efficiency stats or whether he ever led the league in passing yards. The Hall of Fame tells the story of the game's history, and Manning is an essential part of that history as it pertains to his era. I have no idea if his candidacy can survive the absolute worst Hall of Fame/awards voting process in all of sports, but this is a no-brainer for me.

Jeff Legwold, Broncos reporter/Pro Football Hall of Fame voter: Undecided. I don't decide yes or no until: (A) a player has finished his career, and (B) I've done all of the work with the game film, available statistical information and discussions with as many of his peers, teammates and coaches about the player's career as possible. I do hear and see -- a lot -- that he has never led the league in passing in any of his seasons. But in that statistical item alone, there are multiple quarterbacks in the Hall of Fame who didn't lead the league in passing yards in any of their seasons (Bradshaw, Troy Aikman, Len Dawson, Bob Griese and Roger Staubach are just five off the top of my head). It doesn't mean I am, or am not, putting Manning on the list, but it does mean the most important part of the process is that each player's circumstances and output deserve to be considered in context.

Ian O'Connor, senior writer: Yes. Eli's career .500 record hurts, but his last name helps. So does the New York market. The tiebreaker? He beat the greatest quarterback and coach of all time in two Super Bowls. Eli is going to Canton. Who cares if it's not on roller skates?

Jordan Raanan, Giants reporter: Yes. I'm a tough grader and the criteria for me usually starts with whether he the best player at his position for an extended period. While the answer to that for Manning might be no during the regular season (he has zero All-Pro selections), it changes in the postseason. He was twice the best player in the NFL at his position during Super Bowl runs. He also ranks in the top 10 of multiple key passing categories because his best ability was his durability. With a 116-116 career record as a starter, it might take some time, but eventually Manning should get into the Hall of Fame.

Jason Reid, The Undefeated senior NFL writer: Yes. This is a complete no-brainer. Manning, who ranks seventh in career passing yards and eighth in touchdowns, did it big in professional sports' biggest pressure cooker: The Big Apple. And he led the Giants to two Super Bowl championships (I'm still wondering how he dropped the ball into that tight window to Mario Manningham along the left sideline in the fourth quarter of Super Bowl XLVI). After both Super Bowls, he was selected as MVP. Discussion over.

Aaron Schatz, editor of Football Outsiders: No. Manning never finished a season higher than eighth in Football Outsiders' passing DYAR, a measure of total passing value. He played well in two Super Bowl runs, but the Giants primarily won those Super Bowls with defense. Manning was the Jim Plunkett of the 2000s.

Kevin Seifert, national NFL writer: No. The Hall of Fame standard should require a player to be one of the best of his generation. Viewed in total, Manning's career might not put him among the top 10 quarterbacks who played in this era. His Total QBR, a data-driven measure of overall quarterback play, ranks No. 26 in the league since 2006. Manning elevated his game during two Super Bowl runs, giving him a really good career that fell short of transcendent.

Seth Wickersham, senior writer: Yes, but he shouldn't be in on the first ballot. You win two Super Bowls in New York -- both against the greatest coach-quarterback combination of the modern era -- you're in.

Eric D. Williams, Chargers reporter/Pro Football Hall of Fame voter: Undecided. Manning's story is incomplete, so I'll wait for the end of his career before making a final determination. We know Manning won two Super Bowl MVPs and has had his share of ups and downs during his time in New York. But Manning is also in the top 10 in most major passing statistics and has a 8-4 playoff record. That certainly helps his cause.

Field Yates, NFL analyst: Yes. While Manning had inconsistent regular-season play, his Hall of Fame merits reside in his clutch postseason performances, as he led two of the greatest runs to Super Bowl titles in league history. 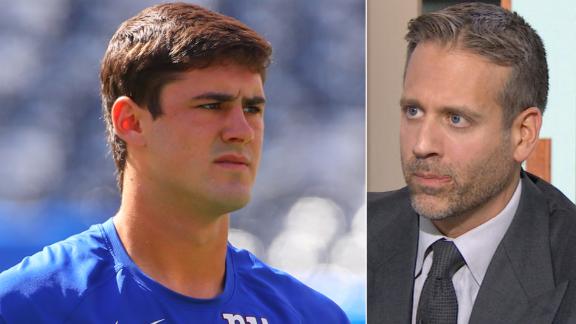