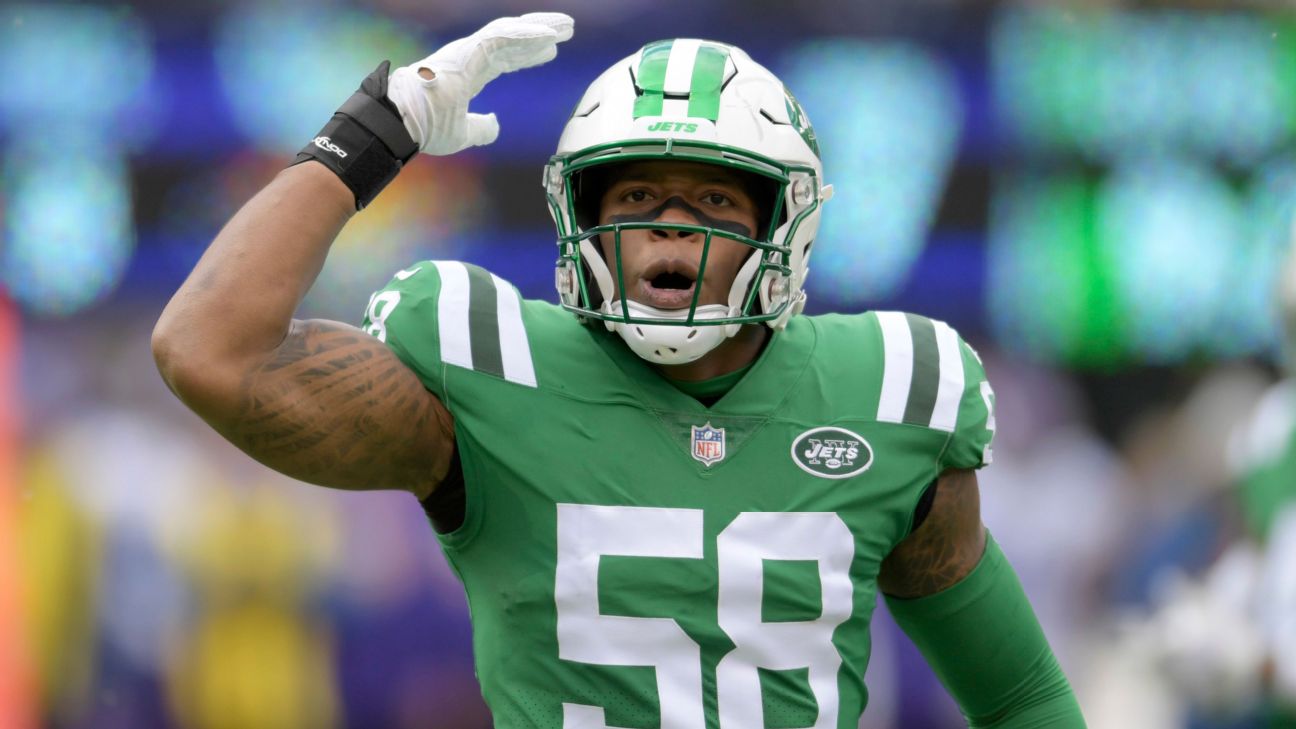 It means that Lee will become an unrestricted free agent after the 2019 season.

The Jets could've kept Lee under contract for 2020 at $9.5 million, not fully guaranteed until next March, but that was unlikely to happen before Friday's deadline.

Lee has lost his starting job to C.J. Mosley, who landed a record-setting contract for an inside linebacker -- five years, $85 million. Mosley and returning starter Avery Williamson are projected as the starting inside linebackers, relegating Lee to a reserve role if he's on the team.

The Jets have been shopping Lee, sources said, and they remain open to a trade. Failing a deal, the Jets hope to create a role for him in coordinator Gregg Williams' defense. Lee counts $3.25 million against this year's cap and has a $1.8 million base salary.

Lee, selected 20th overall out of Ohio State, hasn't lived up to expectations, but he did show signs of improvement last season. In 12 games, all starts, he recorded the first three interceptions of his career, including one for a touchdown.

He missed the final four games due to a four-game suspension for violating the league's substance abuse policy. As a result of the suspension, his 2019 salary no longer is guaranteed.
Report a correction or typo
Related topics:
sportsespndarron leenew york jetsnfl
Copyright © 2020 ESPN Internet Ventures. All rights reserved.
More Videos
From CNN Newsource affiliates
TOP STORIES