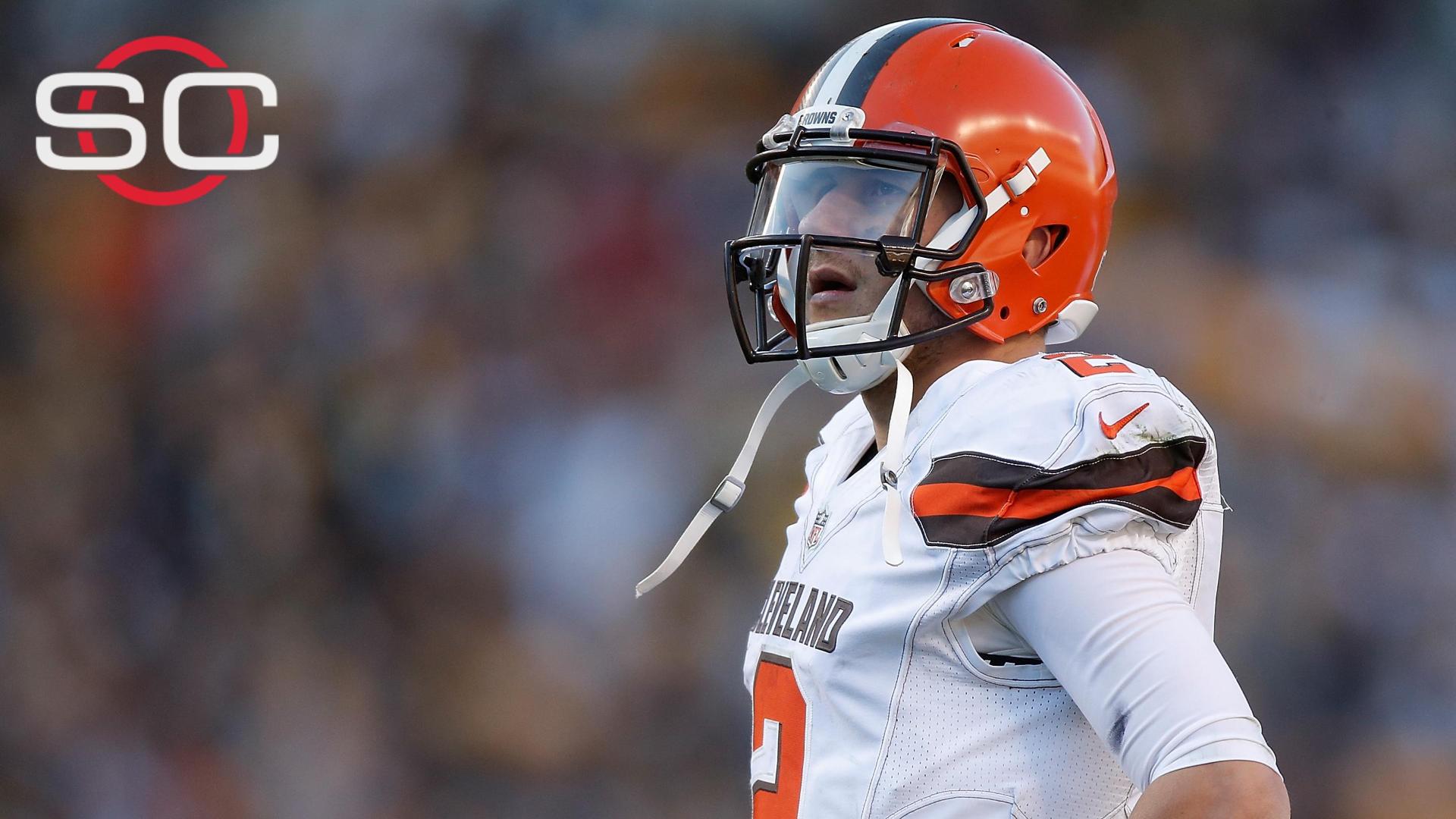 While the Cleveland Brownsdisputed a report Tuesday that they had "lied" about Johnny Manziel's concussion symptoms prior to the season finale to cover for the quarterback reportedly showing up drunk to a team meeting that week, one well-placed Browns source who had contact with Manziel that day told ESPN's Adam Schefter that he "was heavily hung over on something."

An independent neurologist diagnosed Manziel with a concussion four days before the 2015 season finale, the Browns said Tuesday. Manziel was not cleared from concussion protocol by the independent doctor until Jan. 12, according to a team statement.

The statement from the Browns came in response to an NFL Network report that the Browns "lied" about the concussion to protect Manziel because he was drinking heavily and had showed up for a team meeting inebriated.

Manziel missed the finale because of the concussion, but was reported to be in Las Vegas that weekend -- much to the Browns' surprise. He missed a scheduled assessment Jan. 3.

The Browns' new director of football operations, Sashi Brown, said Manziel returned for other scheduled assessments after the season, before he was cleared.

One well-placed Browns source who had contact with Manziel on Dec. 30 told Schefter: "Manziel looked terrible. He wasn't drunk, but he was heavily hung over on something. There was something going on there."

Manziel complained that he was having trouble with light, was vomiting and had a headache.

"This wasn't some massive cover-up," the source told Schefter. "What are you going to do? You have to put him in the protocol.

"... He was not drunk that day, but he was [recovering] from being on something. I don't know what he was doing the night before, but something was wrong with him."

One Browns player told ESPN that several teammates knew Manziel had complained of headaches early that week, and that Manziel had briefly attended a quarterbacks meeting early that morning.

Another source had said Manziel arrived late for a meeting that Wednesday looking disheveled and that the team got him out of the meeting before putting him on the concussion protocol.

Manziel was hit in the head twice in a 17-13 loss to theKansas City Chiefson Dec.27. Linebacker Josh Mauga hit him helmet-to-helmet at the end of a scramble, and Manziel's head hit the turf after he was tackled by Allen Bailey on another fourth-quarter run.

At the time, the Browns said they were not sure what hit caused the concussion.

A medical source familiar with the league's concussion protocols told ESPN that if any player complains of symptoms, the medical staff is obligated to take the player at his word. In the present climate, a player who reports symptoms will almost certainly be placed in the protocol.

Complaints like headaches, nausea and dizziness are often the first indicators of a concussion and are reported to the team by the player, the source said.

"People should be very cautious about suggesting medical personnel would deliberately falsify a diagnosis," the source said, "particularly when a player's subjective report of symptoms is involved in making that diagnosis.

"Imagine if a player complained of symptoms and the medical staff didn't place him in the protocol? Imagine how lambasted they would be. Medical care of any kind is predicated on a patient being truthful." 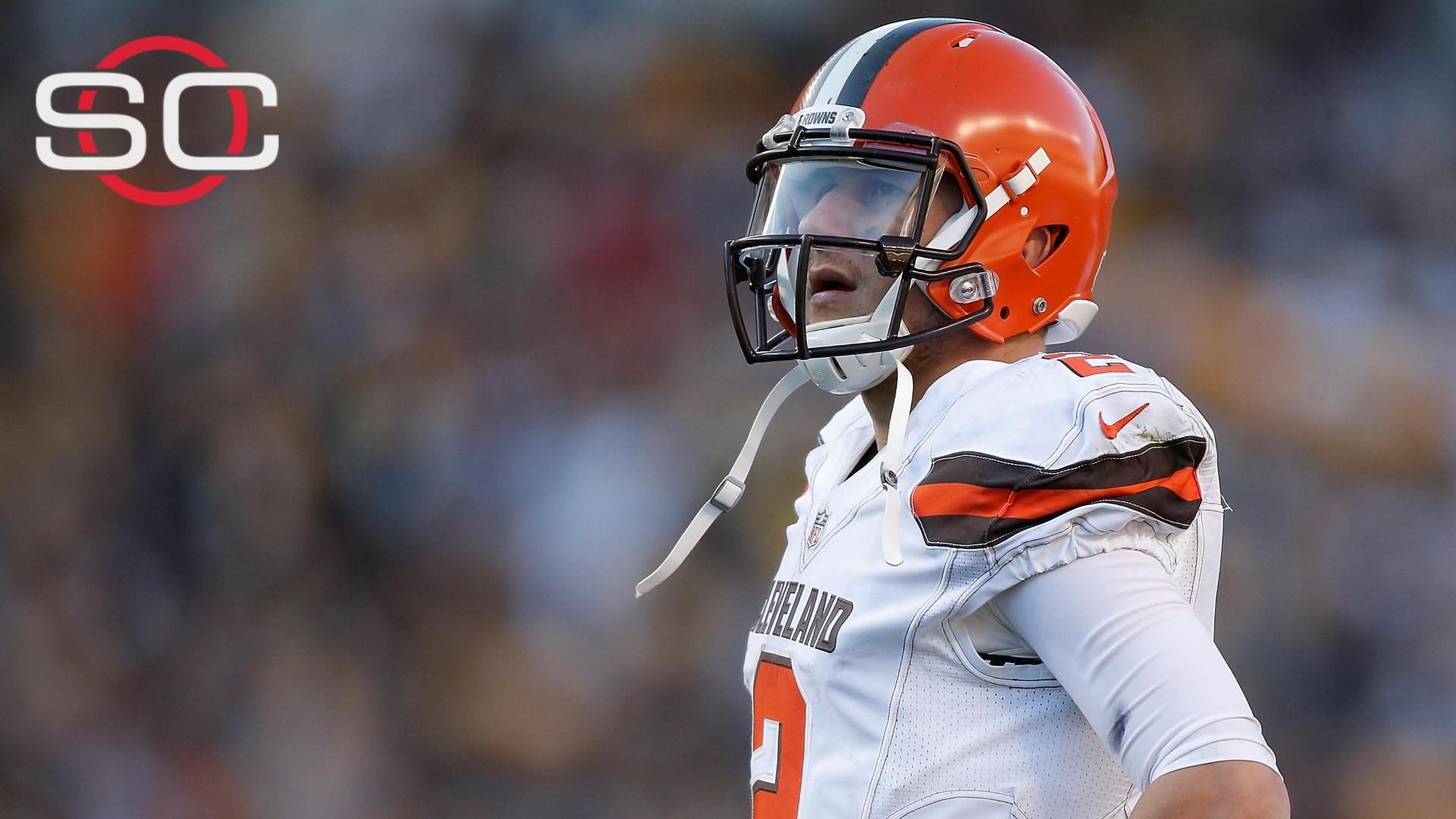 Does Manziel have a future in the NFL?
Dan Graziano examines whether teams will consider signing former Browns quarterback Johnny Manziel given all of his off-the-field issues, including the recent allegation that Manziel showed up to a meeting hung over.