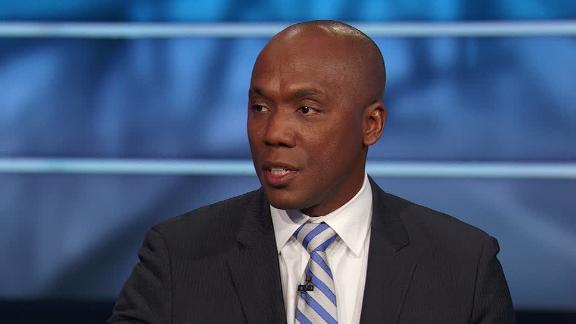 Boldin and the Lions, who need depth at receiver in the wake of Calvin Johnson's retirement, were finalizing the deal Tuesday, sources told Schefter.

Detroit had brought Boldin in for a workout last month but did not sign him at the time. After working out some younger receivers Monday, the Lions decided to make a move with the veteran.

Boldin, who has played with Arizona, Baltimore and San Francisco in his career, caught 69 passes for 789 yards and four touchdowns with the 49ers last season. It was the first time since 2012 he did not have 1,000 yards in a season.

Boldin, who will turn 36 in October, has been to the Pro Bowl three times. He has 1,009 career catches for 13,195 yards and 74 touchdowns since Arizona drafted him in the second round out of Florida State in 2003.

Boldin has experience with Lions coach Jim Caldwell, too. Boldin played three seasons for the Ravens, including in 2012, when Caldwell was the quarterbacks coach and then offensive coordinator in Baltimore as the franchise won the Super Bowl.

Boldin is No. 17 all-time in receiving yards, No. 12 in receptions and tied for No. 33 in receiving touchdowns. He'll likely be competing for a roster spot behind starters Marvin Jones and Golden Tate, meaning he'll be in a group with TJ Jones, Jeremy Kerley, Corey Fuller, Andre Caldwell, Andre Roberts, Quinshad Davis and Jay Lee for anywhere between two and four places on the roster.
Related topics:
sportsespndetroit lionsnflanquan boldin
Copyright © 2020 ESPN Internet Ventures. All rights reserved.
More Videos
From CNN Newsource affiliates
TOP STORIES