Sources: Odell Beckham Jr. will be held out of Giants' preseason opener 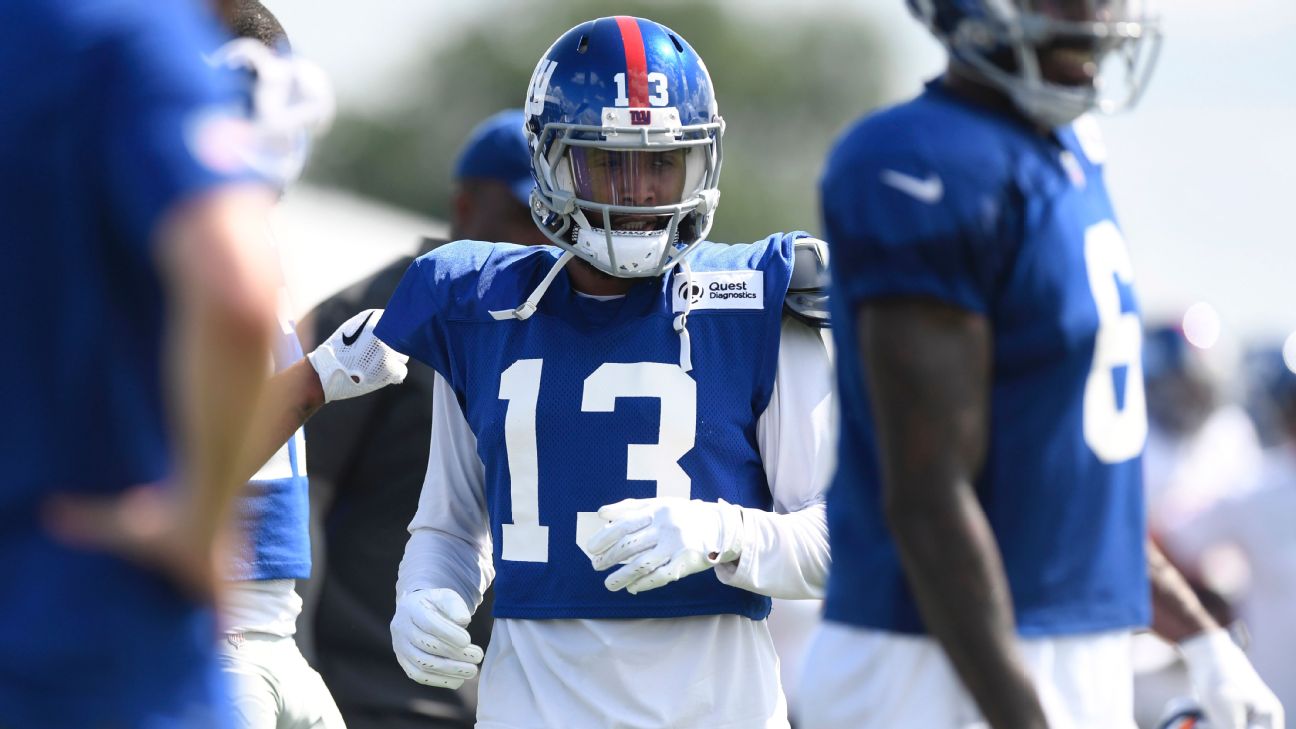 Beckham has been close to a full participant in training camp this summer, but he's looking for a new contract and is coming off a broken ankle suffered in October. He noted last week it was a "calculated risk" to practice against his own teammates.

The Giants and Beckham's agent Zeke Sandhu recently began negotiations on a long-term deal. They have not yet agreed on his market value.

Beckham is set to play on the fifth-year option of his rookie contract. He's scheduled to make $8.5 million this season.

Coach Pat Shurmur was noncommittal Tuesday when asked how he would handle Beckham this preseason.

"Every player will receive the consideration necessary with regard to the play time," he said.

The contract situation may not have even factored into the equation of whether to play Beckham in the preseason opener. Keeping Beckham healthy this summer should be a priority regardless. The Giants' top playmaker hurt his left leg last year in a preseason game against the Browns. That cost him in the opener against the Dallas Cowboys and had him limited in a Week 2 loss to the Detroit Lions.

Beckham agreed with a tweet back in February saying he shouldn't take a single preseason snap this season.

Beckham has already proven he can be successful without the preseason. He missed almost all of training camp, the entire preseason and the first four games of the regular season his rookie year. He had 91 catches for 1,305 yards and 12 touchdowns in 12 games when he returned.

The Giants have installed new offensive and defensive schemes this offseason. Shurmur has admitted worrying about injuries but is also trying to balance having his team ready for Week 1 against the Jacksonville Jaguars.