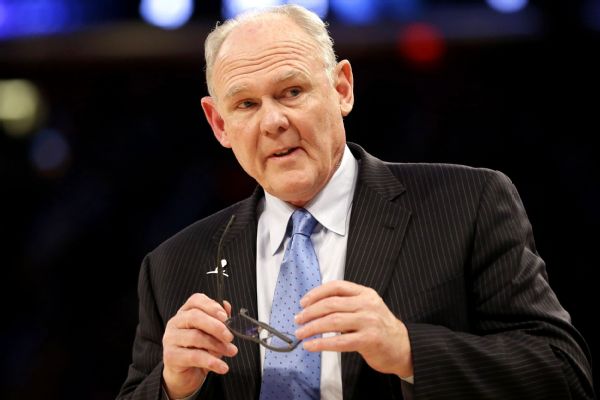 George Karl's time with the Sacramento Kingshas been documented in the longtime NBA coach's forthcoming book, but there have been passages critical of various aspects that have been removed from the final version of his book, according to league sources.

Karl told ESPN on Saturday that he had "not authorized" those pages to be included in the book, which is titled "Furious George."

Karl was ousted as Kings coach at the conclusion of the 2015-16 season after only 112 games and 14 months in charge. He posted a 44-68 record in Sacramento and departed with $6.5 million in guaranteed salary remaining on his original four-year contract, which was struck during the 2015 All-Star break.

Sources told ESPN.com that refraining from critical commentary of the Kings was part of Karl's settlement agreement upon leaving the club. When Karl was dismissed last April, both he and Divac issued complimentary statements about the 65-year-old's time there.

In the epilogue of the book's proof copy, Karl shared candid views on Cousins and detailed his near-firing by the Kings in February 2016.

In November, ESPN.com secured permission from publisher Harper Collins' publicity arm to run a brief excerpt in which Karl recounted shaking hands with Kings forward Rudy Gay upon arriving in Sacramento in February 2015. "Welcome to basketball hell," Gay said at the time, according to Karl.

But neither the epilogue nor the exchange with Gay appears in a review copy of the hardbound book that has been distributed to selected media members this month.

Attempts to reach Harper Collins on this holiday weekend were not immediately successful.

The New York Post published passages from the book earlier this week in which Karl was highly critical of his former Denver Nuggets stalwarts Carmelo Anthony, Kenyon Martin and J.R. Smith.

Karl referred to his time coaching Anthony as a "true conundrum," among other criticisms. Of Anthony and Martin, Karl also wrote they were negatively affected by not having fathers in their lives, which elicited a strongly worded rebuke in response from Martin, whochided the veteran coach.Karl has refused to comment about his criticism of Anthony in the book or the backlash he has received for it.

Karl coached Anthony from January 2005 to February 2011, when Anthony's demand for a trade landed him in New York in a deal with the Knicks. In the book, Karl describes the trade as "a sweet release for the coach and the [Nuggets], like popping a blister."

Once Karl was fired by the Nuggets after the 2012-13 season, he served as an ESPN studio analyst for the next year and a half before returning to the sideline with the Kings in February 2015.

He has also coached the Cleveland Cavaliers, Golden State Warriors, Seattle SuperSonics and Milwaukee Bucks.Karl sports a career record of 1,175-824, making him one of just nine coaches in league history to crack the 1,000-win barrier. 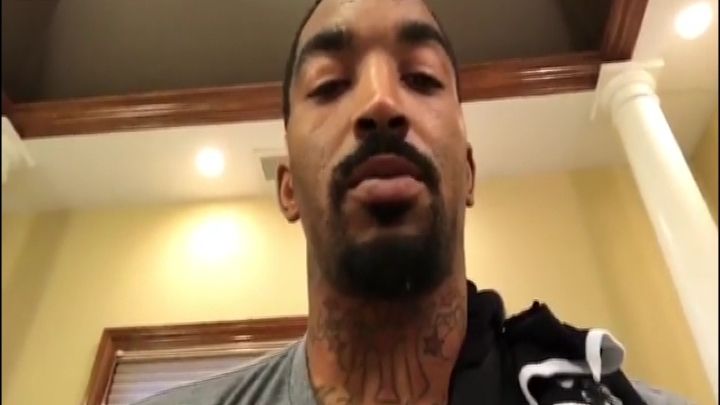