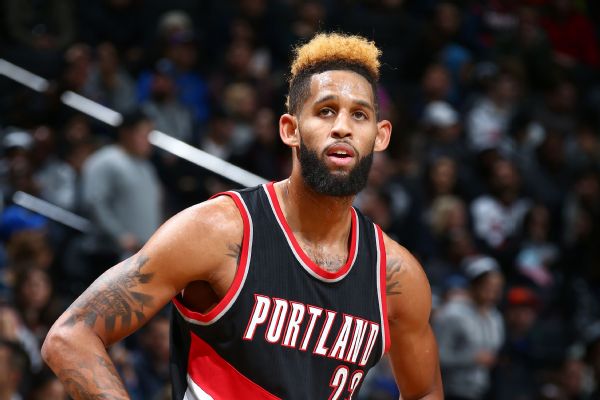 Brooklyn signed Crabbe to a four-year, $75 million offer sheet a year ago. Portland matched the sheet and, under league rules, needed to wait one full year to include Crabbe into a deal with the Nets.

Portland generates a $12.9 million trade exception in the deal, too. The exception expires in one year.

The Blazers have $110 million in salary committed to the 2018-19 season, with center Jusuf Nurkic eligible for his rookie extension before the season.

Crabbe waived a trade kicker that would have paid him $5.6 million over the next two years, league sources said. He wanted to sign with the Nets a year ago for the chance to be a starter, and he now gets a bigger role in a Brooklyn backcourt that includes D'Angelo Russell and Jeremy Lin. The Nets have been eager to construct a roster that includes developing young players, and Crabbe fits the model.

Crabbe, 25, was a third guard behind Damian Lillard and CJ McCollum for the Blazers. A 2014 second-round pick, Crabbe blossomed into a good young shooting guard. He averaged 10.7 points and 44 percent shooting on 3-pointers in 28 minutes a game in 2017-18.

Nicholson signed a four-year, $26 million free-agent deal with theWashington Wizardsone year ago but now has been traded twice -- to the Nets and Blazers -- and will become an unrestricted free agent after clearing waivers.