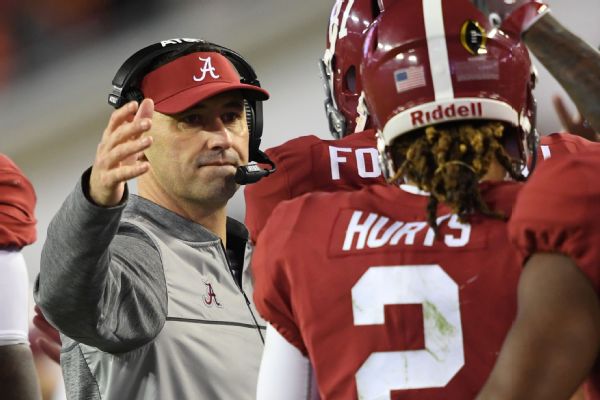 Sarkisian, who will turn 43 next month, was an offensive analyst for the Crimson Tide before he took over as offensive coordinator for Alabama in the College Football Playoff title game after Lane Kiffin departed to become Florida Atlantic'shead coach.

Sarkisian was previously the head coach at USC and Washington.Sarkisian's only NFL coaching experience came in 2004, when he was theOakland Raiders' quarterbacks coach under then-head coach Norv Turner.

"We appreciate all Coach Sarkisian did for our program during his time here," Alabama coach Nick Saban said in a statement. "He is an outstanding coach, and we wish him the best in his new role as Atlanta's offensive coordinator."

At a news conference on Tuesday, Falcons coach Dan Quinn said the team's offensive system won't change with Sarkisian at the helm.

"We love the way that we attack, and it took a lot of work to put that system in place," Quinn said. "Along with Thomas [Dimitroff, the Falcons' general manager], we have a real emphasis now on how we can fit guys into that system. It's very important that we stay consistent with that."

"I felt, No. 1, what an aggressive playcaller he's been through the years," Quinn said. "He has a real familiarity from the wide zone scheme, the keepers that are such a big part of what we do."

USC fired Sarkisian in October 2015 after then-athletic director Pat Haden said the coach showed up to school in no condition to lead practice after an embarrassing public display earlier at a pep rally where he appeared to be intoxicated while giving a speech.

He later sought treatment for alcoholism and sued USC, alleging the school breached his contract and discriminated against him on the basis of a disability.

Quinn said the Falcons vetted Sarkisian and said there were "zero hesitations, zero limitations" in deciding to hire him.

"We went through the process to check and make sure everything would align with our organization in terms of cultures and values," Quinn said. "Honestly, he's done a fantastic job."

Quinn also said he had thought of Sarkisian as a potential replacement for Shanahan since last spring.

"I knew how good Kyle [Shanahan] is, so I think I wanted to make sure I had contingency plans in place if [Shanahan leaving] happened," Quinn said, adding that he contacted Saban before approaching Sarkisian about the position.

Falcons cornerback Desmond Trufant, who played at Washington, was excited to hear his former college coach is joining Atlanta.

"Sark? That's crazy," Trufant said Tuesday. "First of all, he's competitive as hell. He's got like a burning fire in his eyes. When he's locked in, you just feel the intensity and energy from him. It's like he's playing. And he's a great leader, great motivator. That's dope, man. I'm excited for him and happy for him."

Sarkisian will have a fully loaded offense to work with, including Ryan, All-Pro wide receiver Julio Jones, Pro Bowler Devonta Freemanand fellow running back Tevin Coleman. But he has big shoes to fill, as Shanahan helped to transform the Falcons into the top-ranked offense in the NFL at 33.8 points per game, a crucial factor in the Falcons' run to the Super Bowl.

Jones, who played college ball at Alabama, did not want to speak on Sarkisian's arrival until it was made official. Rookie tight end Austin Hooper, who played at Stanford, is familiar with Sarkisian's background.

"Oh wow, he's a great coach," Hooper said. "I don't know a whole lot about him. I know he's been a successful coach. I'd like to sit down with him and try to figure out what he wants to run, try to master what he wants to do." 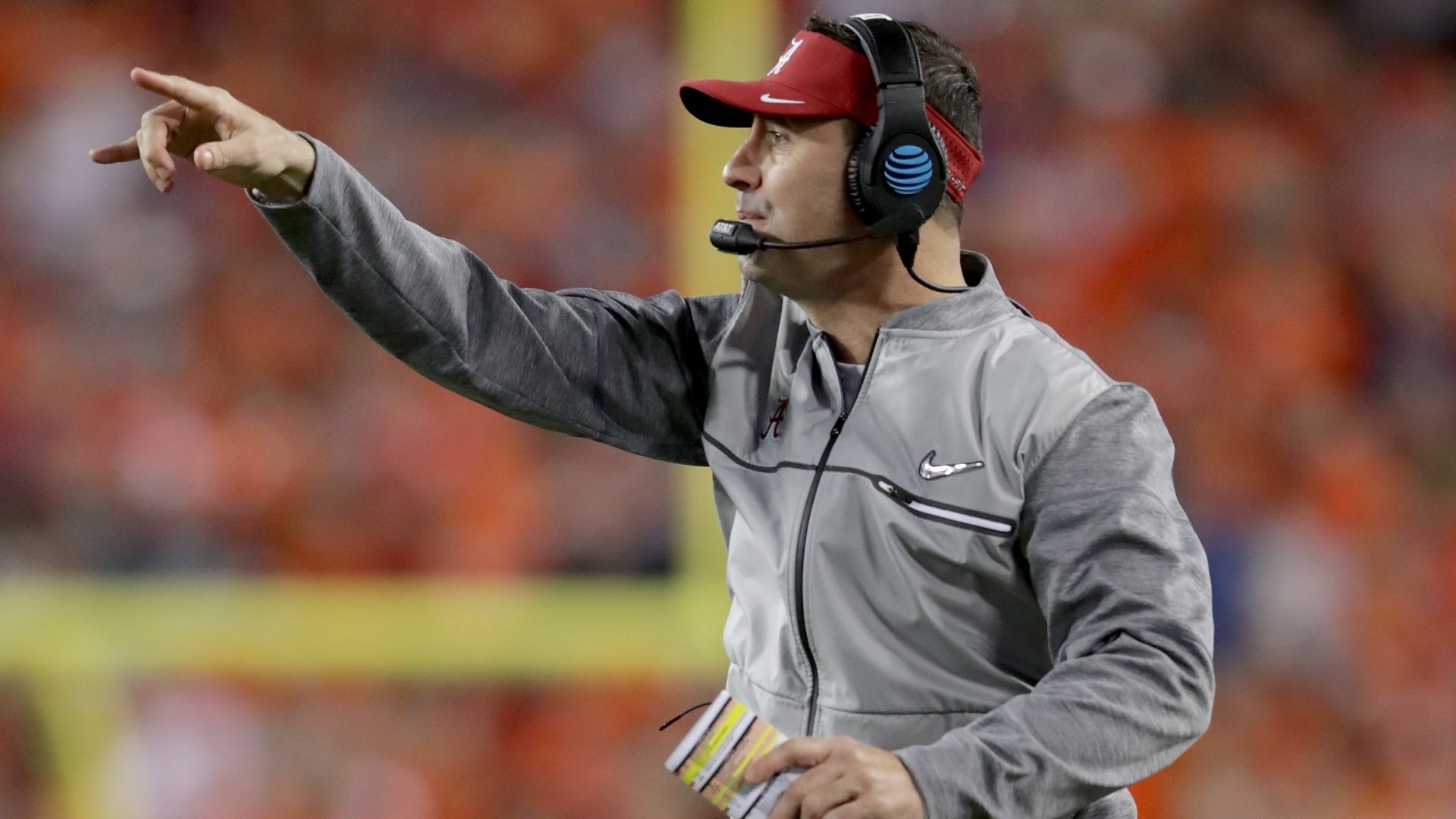