Taylor vs. Tyler (and the rest): Which member of the 2010 draft class would you build around? 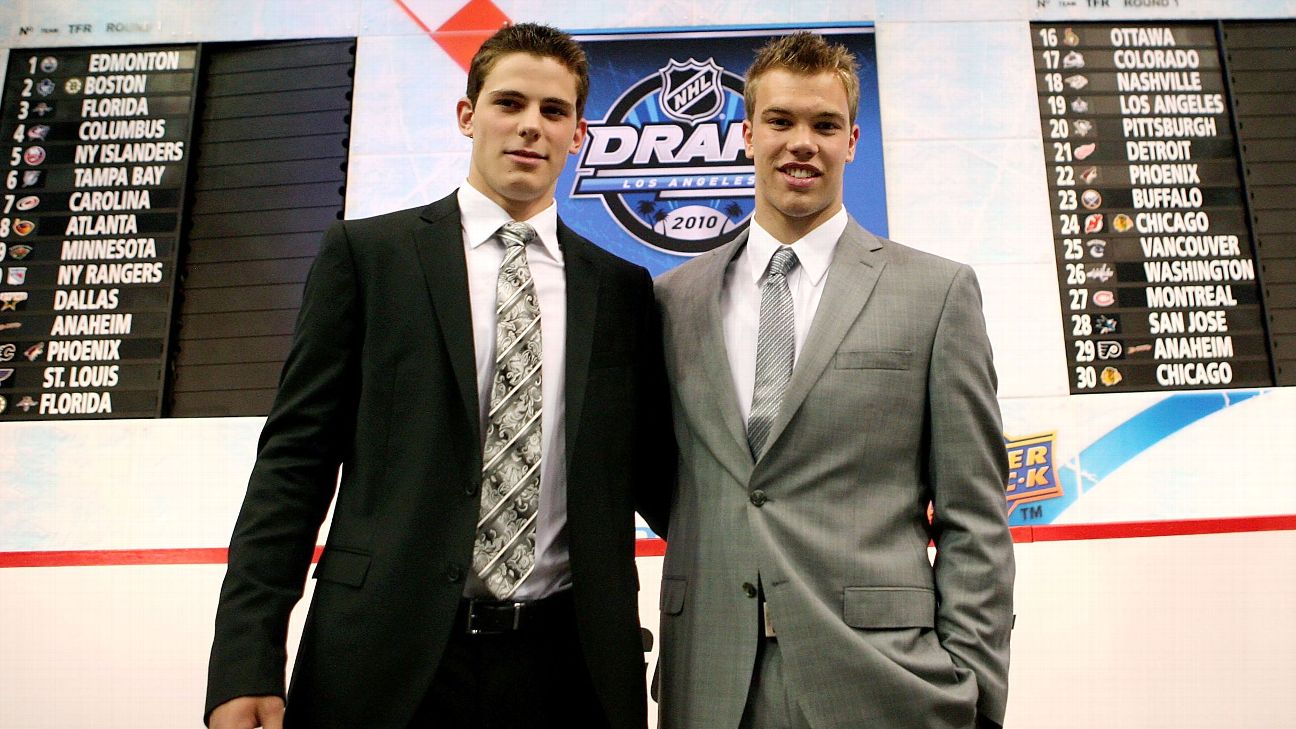 Taylor Hall and Tyler Seguin have a lot in common. They were top prospects available in the 2010 NHL draft. They've both been traded by Peter Chiarelli. And they're both central figures for their rising teams, the Devils and Stars, respectively.

That got us thinking: If we were to build a franchise around one player out of the 210 selected in the 2010 draft, who would it be?

Which member of the 2010 draft class would you build a team around for the next 10 years?

Greg Wyshynski, senior NHL writer: There are really two ways to answer this question. If we're talking pure star quality and talent, my decision rests with three players: Taylor Hall, Vladimir Tarasenko and Evgeny Kuznetsov. I'll eliminate the Tank because the other two players have more complete 200-foot games. I like Kuznetsov because he's a center and now a proven playoff performer. I like Hall because of the undeniable intangibles he brought to the Devils last season, at times dragging them across the finish line himself to win the Hart. Can't go wrong with either choice -- unless you're like me, and you build from the back end out. (Blame Lou Lamoriello for programming me thusly.)

That dogma established, I'm going way down to the fifth round, pick No. 131, for one of the true diamonds in the rough in recent draft history: Stars defenseman John Klingberg, who is finally maturing into a top-flight defenseman in this league and nearly won the Norris Trophy last season. Give me a 25-minutes-per-night, 67-point defenseman who can quarterback my power play, and I'll show you a team on the right track for success in the next decade.

Emily Kaplan, national NHL reporter: I'll skip over the first 25 guys in this draft and go right to No. 26, Evgeny Kuznetsov. The Russian center took a star turn in last spring's playoffs and picked things right up this season (four goals and five assists through the Washington Capitals' first five games). He produces, has unbelievable skill that makes everyone around him better and is starting to round out his game even more. Just this season, the Capitals began incorporating Kuznetsov on the penalty kill. Plus, his personality is contagious and one I'd want to influence my locker room. In the preseason, GM Brian MacLellan talked about how Kuznetsov could be an MVP candidate one day -- I wouldn't be surprised if he's there soon, and for many years to come.

Chris Peters, hockey prospects analyst: I guess we're going to bring back the Taylor vs. Tyler debate that dominated the buildup to that draft, and I'm fine with it. Somehow, I don't think it's settled. For me, however, I'd build around Seguin. He is one of the most dynamic centers in the league presently, and makes others around him better. Seguin leads the draft class with 232 goals and 515 points. While Hall has the Hart Trophy now and has shown he can carry a team, I'm often going to lean center over wing when it's close, and in this case, it's pretty darn close. I also think Seguin's $9.85 million annual cap hit on his next contract is a pretty reasonable rate for a franchise center.