Teddy Bridgewater: Recovery taught me 'you're never out of the fight' 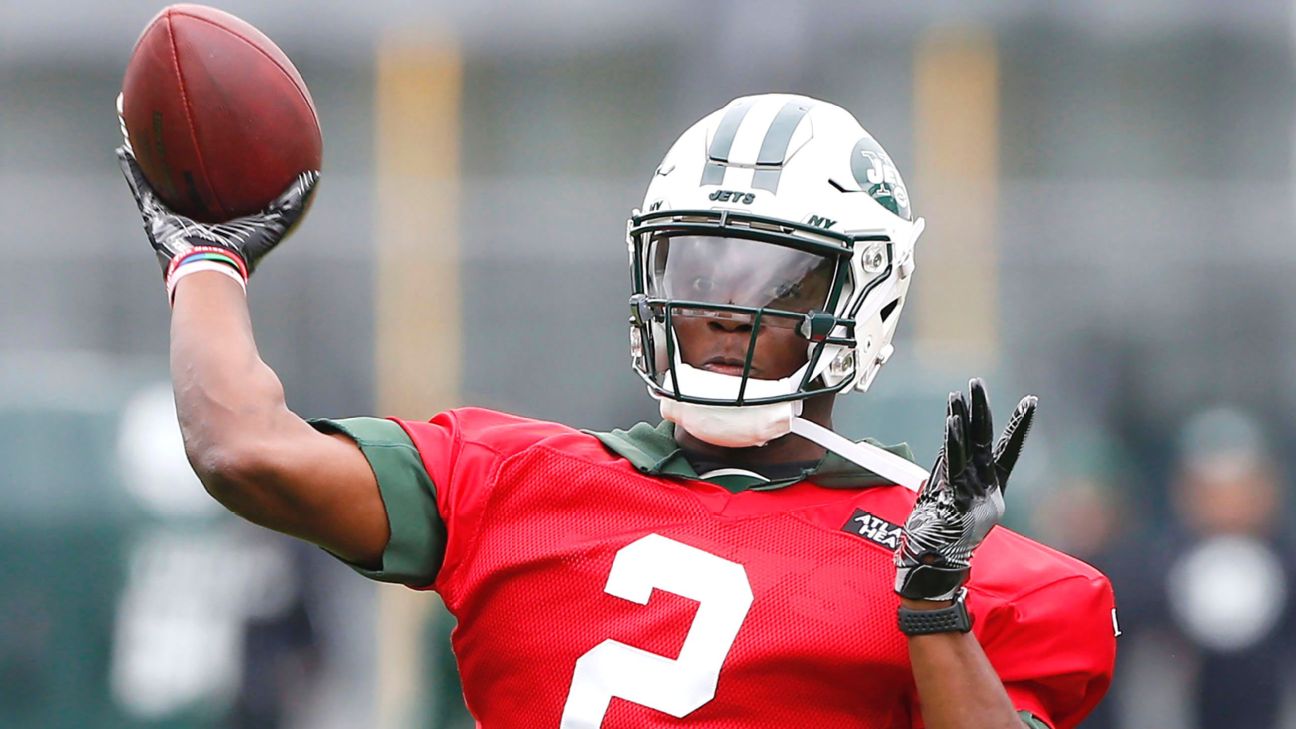 Before practice, Bridgewater opened up about his long recovery, reflecting on the day it happened - Aug. 30, 2016 -- and how he has managed to persevere despite long odds.

"It's in my DNA," he said, alluding to his mother, Rose Murphy, who overcame breast cancer.

The former Minnesota Vikings starter has made a strong impression on his new team, including coach Todd Bowles, who called Bridgewater's injury one of the most horrific in NFL history.

"All you can do is cringe. It's probably one of the worst injuries I've seen since L.T.-Theismann in that Monday night game," Bowles said, referring to the 1985 game in which Redskins quarterback Joe Theismann suffered a broken leg after being hit by the Giants' Lawrence Taylor. "But he seems to be bouncing back well."

Bridgewater, competing with incumbent Josh McCown and rookie Sam Darnold for the starting job, has practiced fully the last four weeks. He's showing no ill effects from the injury, which occurred in a non-contact practice drill and caused extensive damage, including a torn ACL and a dislocation.

Some thought his career was over.

"It was scary, but at the end of the day, I was still breathing," Bridgewater said with a smile, refusing to take a "why me?" attitude.

Bridgewater recalled last Nov. 12, when he was overcome with emotion on the Vikings' sideline during the national anthem - his first game in uniform since the injury.

"There were dark days throughout my rehab process. When you're rehabbing, the light seems so far at the end of the tunnel. To be able to see that light and make it to the light -- being active, standing on the sideline with my gear on -- it kind of hit me a little."

Bridgewater used a dream analogy to describe how he was able to restart his career.

"Usually, when you have a dream and you wake up and then go back to sleep, you don't pick up the same dream," he said. "For me, I was fortunate enough to go sleep, wake up, go back to sleep and pick up my dream right where it left off.

"I'm just blessed to be in this position. Those were tears of joy."

Bridgewater called it a "gruesome" injury, but he expressed pride in the way he was able to maintain his poise amid the panic and fear among teammates and coaches.

Bridgewater, who signed a one-year, $6 million contract after generating little interest in free agency, declined to discuss the state of his knee. While he has impressed in non-contact practices, his comeback won't be complete until he gets hit in a preseason game.

The Jets will give him a chance to win the starting job. He also could be trade bait in the preseason. Bridgewater declined to look ahead, saying he's focused on minicamp. He said he has a list of small goals.